The Bundesliga is such a hit right from the start that the states require viewers to pay an entertainment tax - which is higher than in other extremely piquant places. 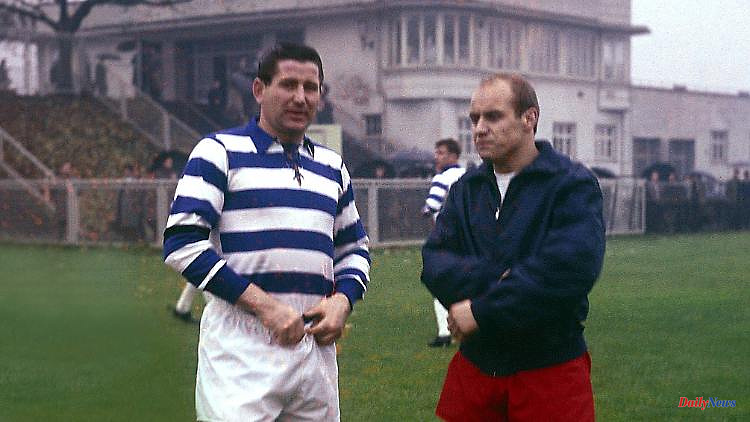 The Bundesliga is such a hit right from the start that the states require viewers to pay an entertainment tax - which is higher than in other extremely piquant places. And rightly so. Because an aging world champion, a crazy Dortmunder and a smart Duisburger provide a lot of entertainment like many others!

In April 1964, Dortmund's Timo Konietzka created a good atmosphere among his colleagues. Because one morning while preparing for a game at the Kaiserau sports school, the striker suddenly didn't like his tracksuit anymore - and so he spontaneously decided, watch out, to train in his pajamas. But BVB coach Hermann Eppenhoff let his protégé do it without comment, because he knew what Konietzka had in him. After all, it was the man from Lünen who, on August 24, 1963, gave birth to the first great legend of this still very young Bundesliga after less than a minute.

Anyone who didn't make it to their place in Bremen's Weser Stadium in time for the start of the very first season in 1963/64 missed the 1-0 win for Borussia from Dortmund against their home team SV Werder. Friedhelm "Timo" Konietzka was the name of the scorer of the very first Bundesliga goal. But this scene is unforgettable for another reason and will forever remain a trauma for German sports history. Because there is not a single photo of this momentous moment. A huge faux pas! On the morning of the first matchday, "Die Welt" proudly reported: "The Stone Age of German football is over!"

By the way: Timo Konietzka later said that this eternal fame almost passed him by: "In the beginning I didn't want to play in Bremen at all. I had such a damn thigh story - it cost me participation in the cup final - and I had to get my leg catch up. But my teammates persuaded me: You have to play! I let myself be persuaded. Then came the first minute. Emma moved on the left wing, crossed, I was there. Shot, 1-0!" Yes, it can become a legend that quickly.

In contrast to Konietzka, the following men were already heroes back then: three world champions from 1954 were on the Bundesliga pitch on the first day of the game. Two of them even scored a goal: Helmut Rahn for Meidericher SV and Max Morlock for 1. FC Nürnberg. Only Hans Schäfer for 1. FC Köln went empty-handed. Nine years after Bern's World Cup triumph, it was also a world champion who was the first Bundesliga player to be sent off. The visibly fuller Helmut Rahn was caught on the fourth day of play in the game of his Meidericher at home against Hertha BSC. In the 77th minute he let himself be carried away to a revenge foul at Berlin Beyer. Rahn rammed the Hertha player so roughly with his head and shoulders that referee Deuschel immediately sent the beefy MSV professional into the dressing room. However, that was not the only failure of the native of Essen, who meanwhile also successfully ran a car dealership. "Sales, mediation, financing - Helmut Rahn" was written above his business. He had sold 25 cars in a very short time and reported proudly: "People are even calling from Sauerland!"

Things didn't go so well for MSV, though. In March, Helmut Rahn had to promise to "fully commit himself to the club in the future". Rumors had spread that the man from Meiderich had already reached an agreement with another club, but Rahn assured: "There is no question of another emigration abroad." The world champion skipped training several times. A disciplinary committee of the MSV thought about an appropriate punishment.

However, his coach Rudi Gutendorf continued to swear by the world champion. After all, "Riegel-Rudi" had bought Rahn out of his contract in Enschede for 60,000 guilders before the season - against the votes of most of those responsible for MSV. And this resentment was no coincidence, because Rahn had written more private than sporting headlines in the weeks before. Among other things, he drove his car drunk into a construction pit.

Gutendorf had come up with a brilliant idea to get another weakness of the world champion, unpunctuality, under control. He had bought a horse for himself and Rahn together. And so the two of them took care of the reindeer at seven in the morning and then went straight to training. But even the smart coach couldn't drive the alcohol out of his player Rahn. On the eve of the away game in Cologne, Gutendorf said years later, the "boss" poured half a crate of beer. The next day he was the best man on the pitch at 3:3. What else should the otherwise strict Rudi Gutendorf say?

But not only the MSV coach and his big star had a lot of fun with and in the new Bundesliga. The league was a real success story right from the start. Over six million tickets were sold in the very first season. And since there was suddenly a lot of money involved, the municipalities also wanted to share in the success. The city of Nuremberg went particularly far. They demanded a fifth of the advertising revenue that the German record champions received through loudspeaker announcements and also levied an entertainment tax of ten percent on every ticket. However, this regulation applied nationwide and was sharply criticized by some league representatives. It was criticized that the tax rate was higher than that for striptease bars. Indirectly, of course, that was great praise for the league that had just been launched.

1. FC Köln became the first champions of the Bundesliga. Planning for the championship celebrations began after the 29th match day in the cathedral city: First of all, a fanfare corps from Groß-Linden was to provide music before the game against VfB Stuttgart and during the half-time break. After the match, the team drove in an open car to Geißbockheim, where the championship banquet and a folk festival for the fans with fireworks took place. The "kicker" reported enthusiastically: "60 hectoliters of free beer (that's 30,000 glasses!) donated by a Cologne brewery are served in a large 'beer fountain'. A water organ will be installed on the terrace of the clubhouse!" Of course, that made me look forward to more. And indeed, since then, the Bundesliga has caused a sensation year after year. 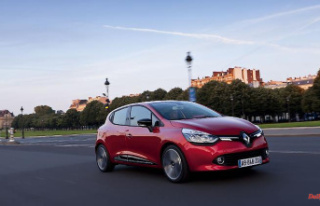