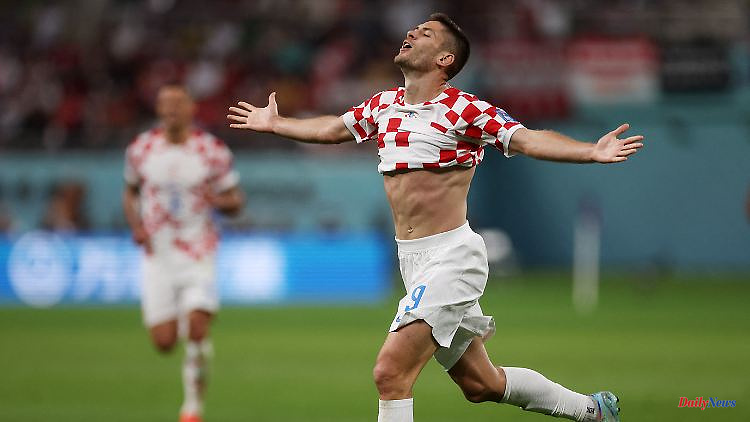 Bayern star Alphonso Davies shocked Croatia early in the World Cup group game. But the first World Cup goal for Canada is not enough for victory, the North Americans are eliminated from the tournament. Because another Bundesliga professional scores twice for Croatia - and is not the only goal scorer in his team.

Vice world champions Croatia have secured a good starting position for the group finals thanks to double packer Andrej Kramaric. The veterans from the Balkans shook off the 68-second shock from Bayern star Alphonso Davies and defeated Canadians, who were celebrating the first goal in their World Cup history, 4-1 (2-1). A draw against the eternal co-favorites Belgium on Thursday is enough for Luka Modric and Co. to secure a place in the round of 16.

"I'm disappointed," said Davies, who missed a penalty in the opener against Belgium: "We gave our best every minute. But football is about winning."

Hoffenheim's Kramaric (26', 70'), Marko Livaja (44') and Lovro Majer (90', 4') turned the game around in front of 44,374 spectators at the Khalifa International Stadium. Canada, co-host of the 2026 World Cup, also lost the fifth game in its history of finals despite the bang by Davies (2nd) and, as the second team after hosts Qatar, has no chance of reaching the round of 16.

The game was preceded by a small controversy among the coaches. After Canada's unfortunate opening defeat by Belgium (0-1), John Herdman had used the phrase "We're going to f*** Croatia" when addressing his team. Vatreni coach Zlatko Dalic found out about it - and was by no means pleased: "We respect everyone, so we also expect our opponents to respect us."

Dalic's players, on the other hand, initially kept too much respect from the Canadians. Davies' powerful header, which was the first goal by a Bayern player and the fastest goal so far at this World Cup, gave the Croatians a violent shock after 68 seconds.

The "golden midfield" of the Croatians with Modric, Marcelo Brozovic and Mateo Kovacic tore the strings after a good 20 minutes. After a one-off action by Kramaric (26'), the ball wriggled in the net, but Livaja had previously been offside. Everything was fine ten minutes later when Kramaric equalized, which was now deserved, after a pass from Ivan Perisic. Croatia were now clearly overweight, after Livaja's long-range goal, the "checkered" were also on course for the result.

Canada threw everything forward after the break. Goalkeeper Milan Borjan, born in today's Croatia, made a brilliant save in the 54th minute against the free-standing Kramaric from being two goals behind. Croatia continued to play it down patiently, and a little later Kramaric made everything clear from a more difficult position. 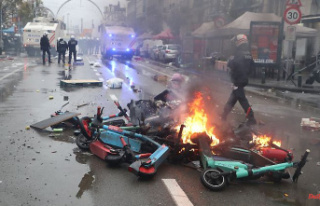 Excitement in Rabat: Riots in Brussels after Belgium's...