Deals for Theis and Hartenstein: Durant's announcement really stirs up the NBA

The German national basketball player Daniel Theis is apparently about to switch from the Boston Celtics to the Indiana Pacers in the NBA. 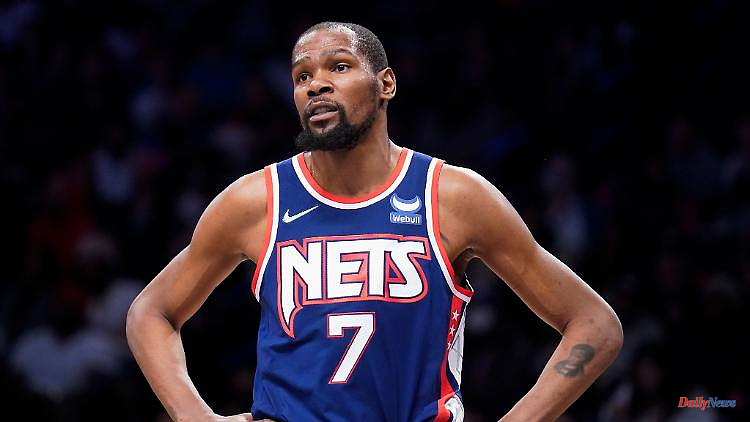 The German national basketball player Daniel Theis is apparently about to switch from the Boston Celtics to the Indiana Pacers in the NBA. He is to be sent to Indiana along with other players and a draft pick. In return, playmaker Malcolm Brogdon is to come to Boston.

Bitter news for Daniel Theis: The German national basketball player apparently has to leave the Boston Celtics again. As ESPN and "The Athletic" reported, the NBA finalist brings playmaker Malcolm Brogdon from the Indiana Pacers. In exchange, the Celtics are giving up three players to the Indianapolis team, including Aaron Nesmith and Daniel Theis. The 30-year-old only returned to Boston in February as part of a swap with the Houston Rockets. At the beginning of his time in the North American basketball professional league, Theis played for the Celtics from 2017 to 2021 before he was traded to the Chicago Bulls.

National team colleague Isaiah Hartenstein is likely to appear more often in the legendary Madison Square Garden in New York in the future. According to a report by The Athletic, Hartenstein is about to move to the Knicks. The 24-year-old center, who was able to choose a club as a so-called free agent, is said to receive a little more than 15 million euros for a two-year contract in New York. Hartenstein has played for the Houston Rockets, the Denver Nuggets, the Cleveland Cavaliers and the Los Angeles Clippers in the world's strongest basketball league.

Previously there had been wild rumors about Kevin Durant. The superstar wants to leave the Brooklyn Nets, according to US media. ESPN and The Athletic reported Thursday hours before the transfer window opened, citing anonymous sources, that one of the best basketball players of all time has deposited his wish with the Nets. The three-time Olympic champion is said to favor a future with the Phoenix Suns or the Miami Heat, but it's still unclear which team will be in the running for his services - or if it will even be one of the two. According to the AP news agency, Durant's contract has four years left and guarantees him nearly $200 million during that time.

The only thing that seems clear so far is that the Nets' hopes for the title have burst for the foreseeable future. Just twelve months ago, many experts were expecting the beginning of an era for the team around the three superstars Durant, James Harden and Kyrie Irving - these forecasts turned out to be a blatant misjudgment over the course of the season. Irving was often absent because he was not allowed to play due to the lack of a corona vaccination, Harden was finally traded to the Philadelphia 76ers and Durant was injured several times.

Other professionals took advantage of the good economic situation in the league after the Corona damper and agreed on new contracts, some of them gigantic. Because of the rules in the NBA, the deals can only be officially signed from July 6th. Here are the most important agreements from the first day of the so-called Free Agency.

Nikola Jokic/Denver Nuggets: The most valuable player of the last two main rounds will be paid according to their status in the future. According to US media, the 27-year-old Serb agreed with the Nuggets on the largest contract in NBA history at the time of the agreement. From the 2023/2024 to 2027/2028 season, the center should earn at least 264 million US dollars.

Bradley Beal/Washington Wizards: Bradley Beal may have had the status of basketball player with the fattest NBA contract for some time, but his agreement with the Wizards is not quite as gigantic as Jokic's deal with the Nuggets, which became public a little later. After all, the builder will get $251 million in five years. In the ten years he has played for the Wizards, he has earned approximately $180 million.

Devin Booker/Phoenix Suns: The new deal between Devin Booker and the Phoenix Suns has probably not yet been finally negotiated, but it is basically finished. According to US media, the designated successor to leader Chris Paul should get $ 214 million for a new four-year contract.

Jalen Brunson/New York Knicks: One of the most prominent changes is that of Jalen Brunson from the Dallas Mavericks to the New York Knicks. Dirk Nowitzki's long-standing team would have liked to keep the point guard, who promoted himself strongly during star Luka Doncic's injury last season, but could not keep up with the Knicks' offer. Brunson's father recently became an assistant coach in New York, and he reportedly made $104 million in four years there.

1 Ten things you need to know about Eric Coquerel (LFI... 2 Giant Isner breaks the world record: tennis sensation... 3 Two of the six vice-presidencies at the National Assembly... 4 Looted art from the colonial era: Benin bronzes to... 5 WHO urges urgent action in Europe amid a spike in... 6 Putin's response to mocking world leaders at... 7 About 10% of flights canceled this Thursday due to... 8 Hesse: Police arrested three men after a knife attack 9 CGT deemed the 3.5% increase in salary for civil servants... 10 North Rhine-Westphalia: Six-year-old runs on the street:... 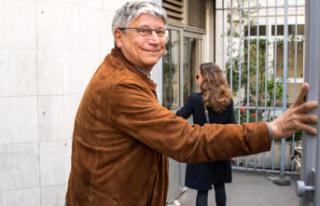 Ten things you need to know about Eric Coquerel (LFI...