Although decathlete Arthur Abele starts as the defending champion at the European Athletics Championships, he is not one of the favourites. 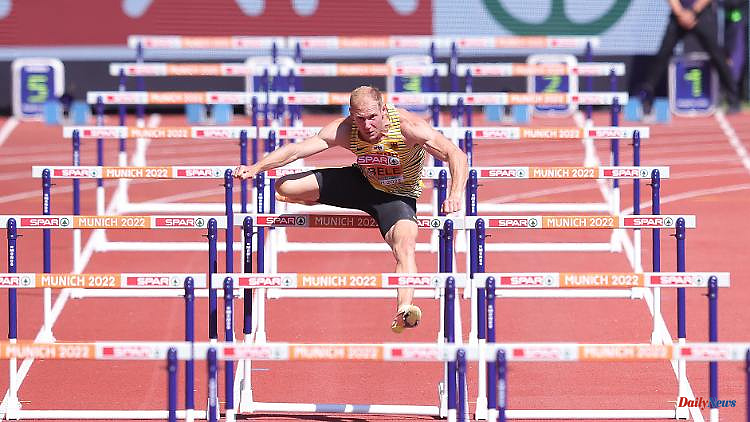 Although decathlete Arthur Abele starts as the defending champion at the European Athletics Championships, he is not one of the favourites. He still has one dream: first finish his last decathlon and then his career. Then he is disqualified - and still does not give up.

Defending decathlon champion Arthur Abele caused a great emotional moment at the European Athletics Championships in Munich. After a successful protest against his disqualification for false starts over 110 meter hurdles, the 36-year-old from Ulm was allowed to return to the competition with a hurdle sprint solo. Cheered on by more than 20,000 spectators, he crossed the finish line in 14.50 seconds, raised his arms like a winner and was celebrated like a hero. He received 911 points for his performance.

"I'm exhausted. I'm totally fucked up nervously," Abele happily stammered into the microphone on the tartan track of the Olympic Stadium. After the starter's (incorrect) false start verdict, he shed many tears behind a billboard. The early end would have been particularly bitter for Abele because he wants to end his 20-year career after the European Championship.

A review of his disqualification had found that he had made a normal starting move and not a false start move. When the protest was decided in his favour, he had just finished the 42.38 meter discus throw, in which he had competed regardless of the jury's verdict. Immediately after his hurdles, the veteran had to rush to pole vault.

Even without the excitement about the temporary end after the hurdle sprint, Abele would not have had a chance of a top placement in his last decathlon after many injuries in recent years. After seven disciplines he was far behind in 16th place. But in the decathlon it is not only the placement that counts, but this last moment after the final 1500 meter run. Abele can now continue to dream of this. 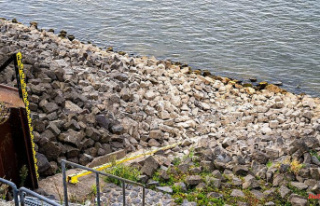