Without Messi, without Neymar, without points: In the top game of the French league, champions Paris Saint-Germain lose for the first time this season. 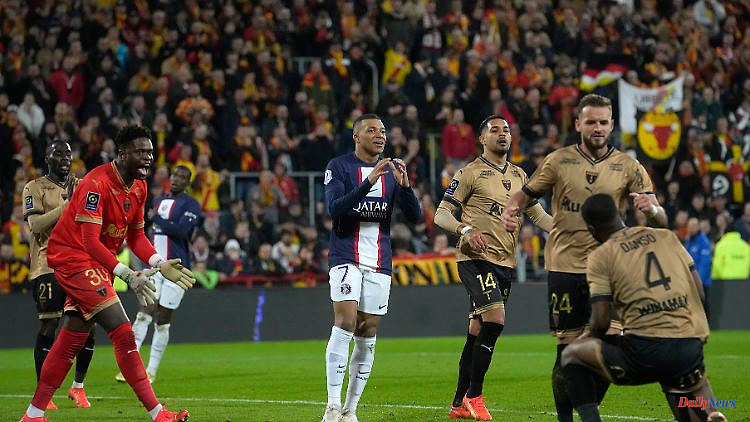 Without Messi, without Neymar, without points: In the top game of the French league, champions Paris Saint-Germain lose for the first time this season. Also because two superstars are missing for different reasons.

Without Lionel Messi and the suspended Neymar, Paris Saint-Germain have suffered their first defeat of the season in Ligue 1. In the top game of the French football championship, the table leaders lost 1:3 (1:2) to pursuers RC Lens. The hosts' 1-0 lead through Przemyslaw Frankowski (5th minute) was equalized by Hugo Ekitike just three minutes later. But Lois Openda (28) and Alexis Claude-Maurice (47) just after the break sealed PSG's first defeat of the season, now just four points clear of Lens.

Messi, who is still on vacation after winning the world title, was still absent from PSG. The Brazilian Neymar, already back in everyday league life after the early World Cup exit from the Selecao, had weakened his team in a flattering 2-1 win against Racing Straßburg, which was threatened with relegation: In the 61st minute Neymar had the yellow card for a foul play seen, two minutes later he flew off the field after a swallow with yellow-red. According to the TV station Canal, the 30-year-old left the Prinzenparkstadion during the game.

The remaining superstar in the PSG ensemble could not compensate for the lack of prominent colleagues: Kylian Mbappé, top scorer in the World Cup with eight goals, stood the entire distance on the field, but the attacker was largely ineffective except for one chance in the first half. In the previous week, Mbappé had nerved up against Strasbourg with a converted penalty deep in injury time to prevent the champion from getting off to a bad start in the second half of the season - and thus repaired Neymar's embarrassing flight. This time it didn't work anymore. 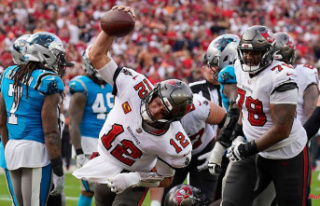 Bada in lederhosen for his NFL debut: Tom Brady throws...