Deliberately ignorant of racism?: Mbappé makes serious allegations against the head of the association

The French exit at the 2021 European Championships is still having an effect almost a year later. 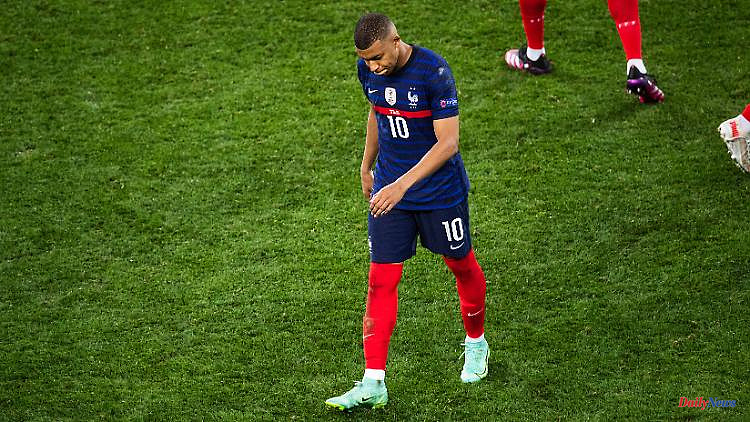 The French exit at the 2021 European Championships is still having an effect almost a year later. Striker star Kylian Mbappé does not feel taken seriously by association boss Noel LeGraet. LeGraet says there is "hardly any racism" in football - and downplays Mbappé's experiences with it.

Kylian Mbappé's momentous miss in the 2021 European Championship round of 16 indirectly made waves in French football a year later. The star striker accused association boss Noel LeGraet of ignorance of racist attacks - because LeGraet had downplayed the abuse from disappointed fans after Mbappé's crucial failed attempt on penalties against Switzerland. "It was related to racism and not to the penalty kick," Mbappé clarified his point of view on Twitter.

LeGraet had previously downplayed hostilities against the superstar from French champions Paris St. Germain in an interview with the Sunday newspaper "Journal du dimanche". "He said," said the 80-year-old association boss, to the attacker's frustration, "that we as an association hadn't protected him enough against criticism on social networks after the missed penalty. We talked for five minutes in my office. He was angry and didn't want to play for France anymore, but obviously he didn't mean it."

Mbappé showed no understanding for this belittling portrayal of his displeasure. "He didn't think it was racism," said the 23-year-old, detailing the meeting with LeGraet.

It is not the first time that the head of the association has been criticized for "blind spots" in the debate about racism in football. It was only last September that the long-term official caused outrage among the French public by downplaying xenophobia in football. "There is little or no racism in football," LeGraet commented on the initiation of official investigations into racist abuse of French national players after the EM defeat, although reality proves the opposite.

LeGraet reacted evasively to Mbappé's new allegations in an interview with the French radio station RMC without mentioning the stimulus term: "I agree with him. I understood him and there is no problem with Kylian. I've always had a deep connection with him ." However, it seems impossible that Mbappé thinks the same way.

1 First aid instead of great joy: World Cup medals don't... 2 Except for the eighth, nobody wins: German parade... 3 German championship title in eventing: Jung rides... 4 Ex-Liverpooler on Mané move: 'Will ruin the... 5 World Association informed in advance: Tennis professionals... 6 "Sensation", "bomb" and criticism:... 7 Warning of long-term damage: In Hoppel-Zoff, F1 teams... 8 "It can hit": alarm before the Tour de France... 9 Assaults as a gynecologist?: Investigations against... 10 Rostock doesn't make it: BUGA canceled for the... 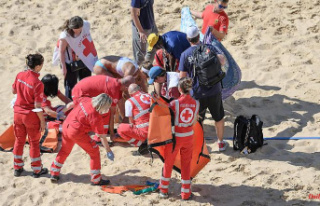