Impressive comeback for the Boston Celtis: The NBA record champions level the series against the Miami Heat after a gala performance. 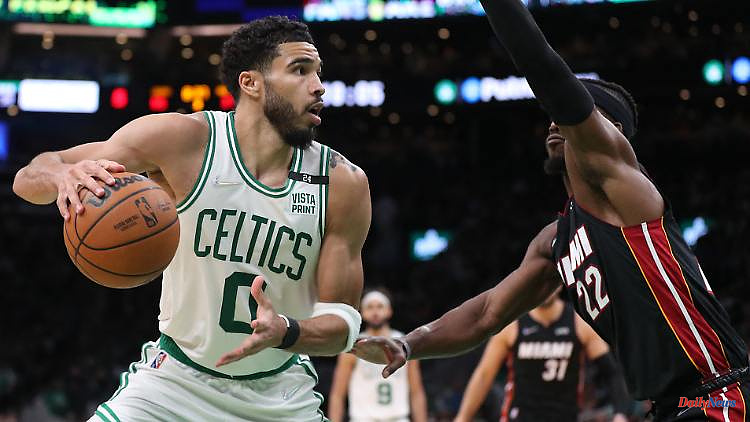 Impressive comeback for the Boston Celtis: The NBA record champions level the series against the Miami Heat after a gala performance. The team from Florida, on the other hand, is completely unhinged, especially the starting line-up is historically bad.

National basketball player Daniel Theis and his Boston Celtics can continue to dream of reaching the finals in the NBA. The record champions equalized again in the semifinals against Miami Heat with a clear 102:82 home win in the fourth game. The fifth duel of the best-of-seven series takes place in Miami on Wednesday. Jayson Tatum was the outstanding man 48 hours after the sobering defeat of the first game in his own arena. The 24-year-old star, who had recently failed to meet his potential, shone in the unexpectedly one-sided encounter with a strong 31 points. Tatum also had eight rebounds and five assists.

In contrast to the fourth game, Theis was not in the starting line-up after just one point. In his nine minutes on the floor, the 30-year-old scored four points. Tatum drew great confidence for the next encounter from the new equalizer. "We have wiped out the nick of our previous defeat. We were determined to play better again because we also knew how important it is for us to win this game. Now we are also ready for game five," said Boston's match winner .

The Celtics' second best pitcher behind Tatum was Payton Pritchard with 14 points. Derrick White recorded 13 points. At Miami, Victor Oladipo was the most successful thrower with 23 points ahead of Duncan Robinson (14 points). In the Heat, the five players in the starting lineup totaled just 18 points. This is the lowest tally of a top five in playoff history since the 1970-71 NBA began tracking ranks.

Heat coach Erik Spoelstra clearly mourned the unused opportunity for the decisive third victory. "They attacked us. More than anything else, however, our offensive weaknesses damaged us at the beginning. We didn't play purposefully enough," Spoelstra analyzed with frustration. The hosts opened the game with a 26:4 run, after the first quarter the Celtics were in the lead with a difference of 18 points.

The Dallas Mavericks with the German national player Maximilian Kleber and the Golden State Warriors determine the second finalist. In the fourth game on Tuesday evening in front of a home crowd, Kleber and his colleagues are under pressure to win due to a 0:3 deficit in order to still have a chance of making it into the final.

1 Elizabeth Line shortens distances: subway line of... 2 Instead, Wifi for everyone: New York dismantles the... 3 Genetic code decoded: This is why oats are healthier... 4 Four soldiers also accused: gang is said to have robbed... 5 Pampers bomber with a star: T-Class - is that the... 6 Bavaria: body found in Landshut city park 7 Bavaria: First evidence after finding children's... 8 Bavaria: Storm in Füssen: 160 missions until late... 9 Price increases passed on to customers: SMEs are suffering... 10 A dose for healthy children: STIKO recommends corona... 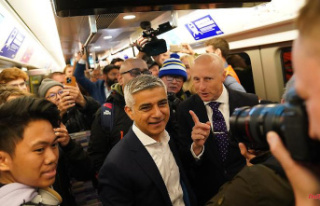