Second in the group and a record of points: Germany's ice hockey team set an example once again at the end of the World Cup preliminary round in Finland against Switzerland. 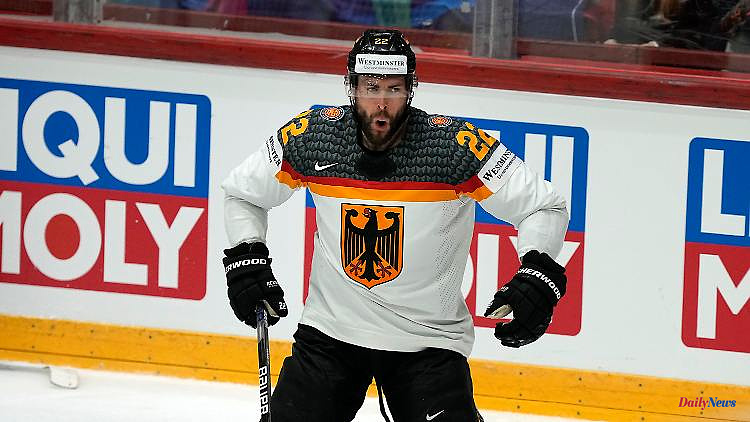 Second in the group and a record of points: Germany's ice hockey team set an example once again at the end of the World Cup preliminary round in Finland against Switzerland. The rehabilitation for the Olympic debacle has already succeeded, but the hunger of the team has not been satisfied.

Switzerland is playing an impressive preliminary round at this Ice Hockey World Championship. If an initial balance is drawn before the quarter-finals, then the Swiss are among the absolute top favorites for the title. The game of the "Nati" from the neighboring country, which is peppered with numerous NHL stars, is hard, fast and straightforward. The German national team witnessed this on Tuesday. painful witness. Because the team from national coach Toni Söderholm received several hard, sometimes brutal checks, twice the limit of what was permitted was clearly exceeded - but without consequences. Penalties were not imposed. A huge nuisance for Germany. Unlike your own performance in the 3:4 defeat after a penalty shootout.

If the balance is now drawn and this game is included, then the DEB team can claim to be back among the best nations in the world. For the time being in the circle of the top eight. But maybe there is still a little bit more to do, even if in the quarter-finals with the Czech Republic or Finland - who meet tonight in a direct group duel - there are of course very strong opponents waiting. But very strong opponents, they seem to suit Germany better than nations for whom it's just about not falling from the elite of world ice hockey. Such as Kazakhstan (prevented relegation) or partly Italy. The game was won overwhelmingly (9:4), but at times extremely negligently contested.

The DEB cracks don't allow themselves such moments against the top nations. That's one of the reasons why Germany goes into the knockout round as second in the group, ahead of Canada, against whom there was only a partial strong performance and the only defeat in regular time. The historic success (second place) in the preliminary round is a powerful resurrection and the perfect answer to the Olympic debacle in Beijing in February. The much-needed-to-research gold ambitions had been mercilessly smashed into the ears of the team from Canada, the USA and Slovakia. Confidence paralyzed the team's game. And so this World Cup tournament was and will be the litmus test for the state of German ice hockey.

And no matter how the tournament goes on: Germany has put the successful runners back on the ice. The team not only has a rousing mentality, but also develops a lot of joy in playing. So far, both have been mixed very successfully. Matthias Plachta provided a magical moment against Switzerland. After a spectacular solo by two opponents, the striker is already on his knees and then phenomenally lifts the disc with his backhand to make it 3:3 in the meantime. But this gate tells another story. It tells the story of this team.

Two minutes before Plachta's genius, Leon Gawanke falls bleeding onto the ice. The youngster from the AHL crashed into the elbow of opponent Denis Malgin. An attack that should have resulted in a match penalty. But the referees did not punish the action. After the bitter World Cup knockout for Tim Stützle, the outstanding storm talent, Germany was threatened with the next bad news. But Gawanke pulled himself together - just like the team, which did not quarrel, did not get involved in pointless debates. The team countered with positive emotions - and was rewarded with the 3:3, the point that manifested second place. And provided another indication of the remarkable calm and perseverance with which the German cracks react to setbacks and deficits in this tournament.

However, the national coach was very angry at the overly tough pace of the Confederates. "It's completely incomprehensible to me. That's not part of the sport. We're talking about checks here that have nothing to do with respect." The Finn also complained about the referees: "Catastrophic decisions. You don't have to discuss it." It was not just about the action against Gawanke. In the middle section, Fabrice Herzog Kai Wissmann had checked the head into the gang, but only received a two-minute penalty. "It's always said: We have to protect the players. But then we don't do it. It's too dangerous what's happening."

The Söderholm squad has proven to be very robust in this tournament so far. Physical hardness is repaid in the same coin. But fair. Germany only takes a few time penalties in the important duels - a key to the success achieved. Because both Canada and Switzerland punished the outnumbered hard. The struggle and passion are the foundation, the achievements are garnished with joy of playing - which the team has not lost the attraction of Stützle. NHL defender Moritz Seider, Gawanke and Lukas Reichel, also from the second-class AHL, not only give the DEB team speed, but also creativity. The passing game is often at the highest international level. A huge difference to the Beijing tournament: Germany is younger, more dynamic, more greedy and doesn't give up even after a clear deficit (like against Canada). And is more critical of himself. Poor performances like against Kazakhstan are addressed and no longer glossed over.

Then there are the goalkeepers. Germany has always been able to rely on them in recent years. While Mathias Niederberger from champion Eisbären Berlin grew into the "Octopus of Riga" at the World Cup last year, NHL goalie Philipp Grubauer is now conjuring up the "big Grubini" (appointed by experts). The saves are impressive and sometimes save the team through critical phases on the ice. The enthusiasm about what has been achieved is great, but remains close to reality. "Finishing second in the group is definitely a good starting position and positive for the day after tomorrow," said striker Marcel Noebels. The team's performance so far is "great, but we still have to put that behind us. On Thursday nobody will ask how we played in the preliminary round. It's only win or lose that counts."

1 "A long time ago": Schröder: I turned down... 2 After clear criticism from Poland: Baerbock wants... 3 Awards show in Düsseldorf: MTV brings EMAs to Germany 4 New UNICEF study: The world lives ecologically far... 5 Thuringia: Thüringer HC loses Bundesliga final in... 6 Investor criticizes Merkel: George Soros fears the... 7 Orban can rule by decree: Hungary declares a state... 8 The day of the war at a glance: Russians capture another... 9 Zero round at the French Open: Otte struggles out,... 10 "Sing my song" - Round five: Lotte's... 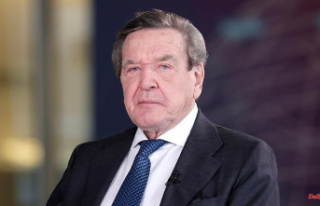