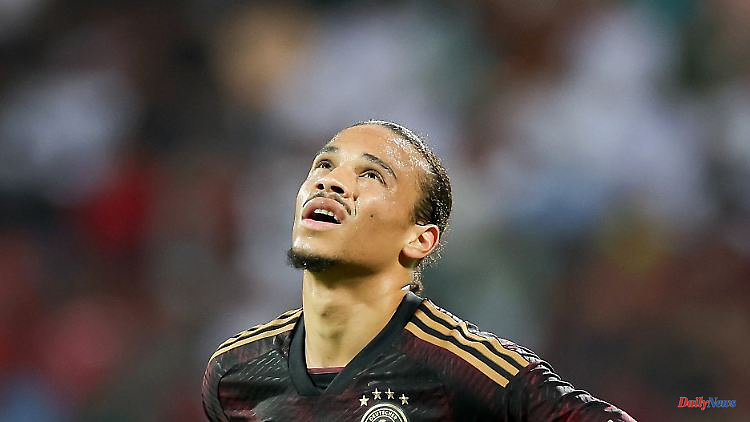 National coach Hansi Flick uses the only World Cup test for personal experiments. In a meager victory against the world number 75. Oman can hardly recommend the second row of the DFB team. An embarrassing zero number prevents a debutant.

The best thing about this everyday Wednesday is: The balance sheet of the German national soccer team against the world number 75. Oman remains perfect. The second international match in history against the selection from the Arabian Peninsula also goes to the DFB team. With 1: 0 (0: 0), the team of national coach Hansi Flick says goodbye to the controversial World Cup in Qatar, which according to a current survey by Sportschau 56 percent of those questioned want to boycott anyway. The following applies to all the others: This game in front of 25,564 spectators was not suitable as a sporting euphoria flick-flack. In fact, the hosts - with a market value of 5.28 million euros to be sorted exactly between third division giant Rot-Weiss Essen and third division leaders SV Elversberg - were usually even more dangerous in the first 45 minutes.

After a slightly better second 45 minutes and a goal by Niclas Füllkrug (80th), there is at least a sense of achievement for the team in the end, in which numerous top performers and supposed regular players were rested. There is a sense of achievement, like four and a half years ago when Saudi Arabia was defeated 2-1 in the final World Cup test in Leverkusen. The end of the journey is known: in Russia there was a crashing debacle for Germany. Of course, the situation is not comparable. The circumstances with the shredding Özil-Gündoğan-Erdoğan photo scandal, the strangely enraptured federal yogi and an equally strangely enraptured marketing strategy were completely different. Only an opponent from the Arabian Peninsula and the sweltering temperatures in the BayArena in early summer 2018 are likely to have resembled those in the capital Muscat on Wednesday evening. End of the trip in Qatar? Open.

Phew, in the 72nd minute the DFB team almost had the most crashing pre-World Cup smack imaginable, i.e. disillusionment. Jameel Al Yahmadi broke through the right flank at high speed after Jonas Hofmann lost the ball and had a lot of space there because substitute left-back Christian Günter was not in position. Al Yahmadi moved into the penalty area, passing into the center where Muhsen Al Ghassani slipped free-standing into the cross because central defender Armel Bella-Kotchap was also out of position. But the striker somehow managed to slide the ball past the goal... oh man, oh man, OMAN! This scene revealed in an almost fatal way how bad the counter-attack protection of the German team was/is. A topic that Flick has been dragging around with him for months. Regardless of the personal constellation.

Well, things weren't easy for Flick's footballers. Conditions in Muscat were not only hot, but muggy. So not comparable to the German autumn, even if it was frighteningly too warm. But probably comparable to the World Cup emirate Qatar, even if the stadiums on site are cooled down significantly thanks to air conditioning. Another aspect that makes the tournament highly questionable. Especially because in Sharm El Sheikh, 2,500 kilometers from the Qatari capital Doha, a sustainable global climate policy is once again being fought for.

Well, not the topic of the German team this evening. It was about acclimatization and having fun. The national coach initially sent a team onto the field that would neither play like this in the desert emirate nor enjoyed the game that evening. Up front, the performance was badly lacking in ideas and discouragement, and the protection against the hosts' counterattacks was not stable. Not more than 90 minutes. The defense remains the problem. Even if the occupation of the six to the full-backs to the central defenders will be different at the World Cup. Certainly. Nevertheless: Top player Arshad Al-Alawi in particular caused unrest again and again, the 22-year-old has a market value of 450,000 euros, about as much as Felix Götze from Essen.

Germany could still have gone into the break with the lead. In stoppage time, youngster Youssoufa Moukoko hit the post on his debut. It was one of two good chances. Kai Havertz failed with the first because of the strong Ibrahim Al-Mukhaini. He got more to do in the second half, which was partly due to Niclas Füllkrug, who came on as a substitute and gave his team a lot more presence in the penalty area. But the flare-up only lasted about 15 minutes. Twice keeper Al-Mukhaini prevented the German lead with outstanding reflexes, first against Füllkrug (53rd) and in the following corner against Thilo Kehrer (54th). After that, Oman countered, were unlucky – and Germany ultimately won because Füllkrug did striker things, things that Germany had been missing for a long time. A glimmer of hope on a frustrating everyday evening.

"This result cannot be satisfactory," said the national coach. He complained about the lack of speed in the game and too many passes that didn't find the addressee. They are sentences, points of criticism from February 1998, when Germany played against Oman for the first time and thanks to Jürgen Kohler and Jörg Heinrich they avoided an embarrassment (2-0). The coach back then was called Berti Vogts. And what did his after-after-after-after-follower Flick say? "It was okay, it served its purpose. You can also have some understanding for the players that not everyone got into the duels like that so as not to get injured. Our game was much better in the second half. We want to let that game sink in, but nothing much has changed." 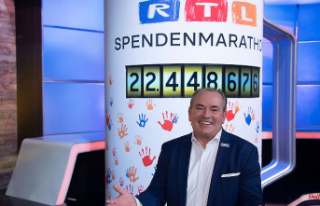