DFB opponents in Qatar: Costa Rica fights with hardship and luck for the World Cup 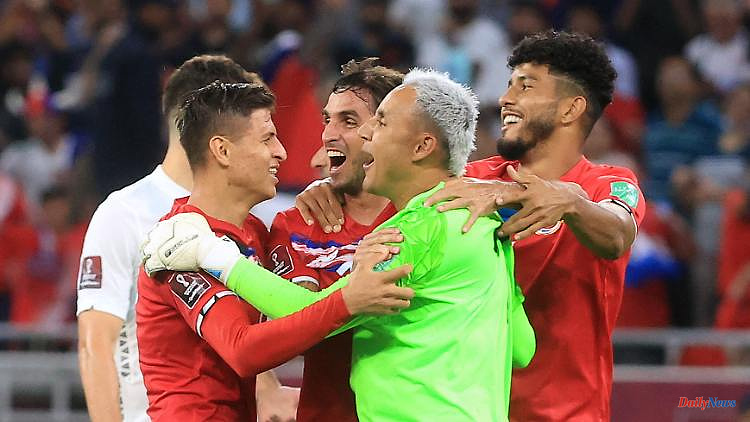 Germany's last group opponent in Qatar is certain. It comes to a World Cup reunion after more than 16 years. Costa Rica did it. New Zealand is out, undeservedly. The video referee is used twice. A game with knowledge for the Germans.

Costa Rica has trembled as the 32nd and last team in the finals of the soccer World Cup in Qatar - so after the summer fairy tale of 2006 there will be a reunion with the DFB team. The team led by star goalkeeper Keylor Navas managed a highly flattering 1-0 (1-0) win against New Zealand at the Ahmad Bin Ali Stadium in Ar-Rayyan.

Despite a clear increase in chances, the "All Whites" could not follow their island neighbors from the other end of the world almost 24 hours after Australia entered the World Cup round. The decisive goal came in the third minute, scored by Joel Campbell. After a red card against Kosta Barbarouses, New Zealand played outnumbered for the last 20 minutes or so.

Costa Rica will meet Germany on December 1st in the last group game at the World Cup in Qatar. "Anyone who qualifies can be potentially dangerous as an opponent," said national coach Hansi Flick before the game. The other opponents in Group E are Spain and Japan. The World Cup starting field is thus complete 160 days before hosts Qatar's opening game against Ecuador. It is Costa Rica's sixth finals appearance, having reached the quarter-finals in 2014. In 2006, Costa Rica had lost the World Cup opening game in their only encounter with Germany 2:4.

Even before the eyes of many fans who had traveled there and Paulo Wanchope, who had scored both goals against the World Cup hosts at the time, Costa Rica saved the early lead with effort, hardship and a lot after fine preparatory work by Jewison Benette a few hours before his 18th birthday happiness over time. A goal by the New Zealanders by center forward Chris Wood shortly before the break was denied again according to the video images.

Anything else would have been undeserved of the compensation. The team of ex-national player Danny Hay acted without frills but consistently and kept looking for Wood - 1.91 meters tall and a model athlete - in the center of the attack. Costa Rica switched to counterattacking early on, but without much effect. Winston Reid, who has been without a club for around a year, kept the "All Whites" defensive together.

Even with a majority, Costa Rica let themselves be constricted in their own half, although the red card - also after a video decision - should have made defending a little easier. But Navas also had to intervene in this phase and use all his skills at the age of 35 to make it to a World Cup again. 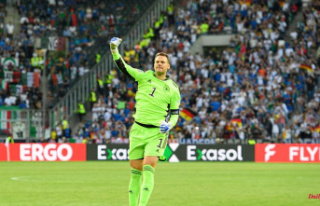 A thumping victory against Italy: the DFB team redeemed...