DFB-Pokal: The favorites don't miss a beat, Freiburg and Hoffenheim make it exciting

Last year's finalist SC Freiburg has an early knockout in the cup. 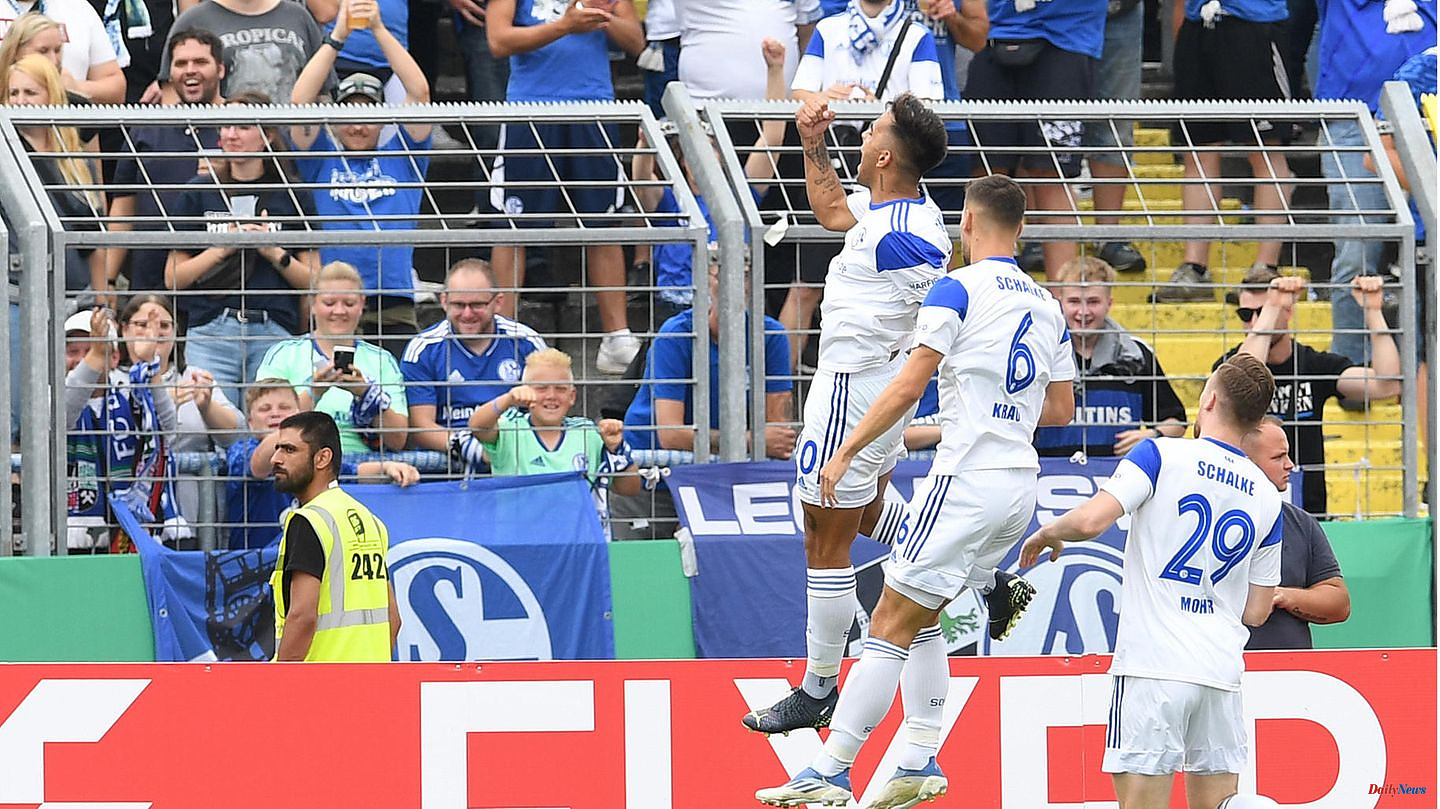 Last year's finalist SC Freiburg has an early knockout in the cup. averted with difficulty. In the first round game at second division promoted 1. FC Kaiserslautern, the Bundesliga team came to a 2:1 (1:1, 0:1) after extra time and can continue to dream of marching through to Berlin again. Roland Sallai in the 82nd minute and Ritsu Doan (111th) saved the Europa League participants from the impending end with their late goals. Marlon Ritter (33rd) gave the Red Devils the lead in front of 38,317 spectators with a dream goal from almost 50 meters.

André Breitenreiter celebrated a successful but nerve-wracking competitive debut as coach of TSG 1899 Hoffenheim. In the first round of the DFB Cup, the Bundesliga team needed extra time to beat SV Rödinghausen 2-0 (0-0). In front of 1606 spectators in the Häcker-Wiehenstadion, the new signings Ozan Kabak (115th minute) and Grischa Prömel (118th) scored the late winning goal for the guests, who were spared an embarrassment in a duel with the brave regional league football team from East Westphalia.

Led by triple goalscorer Marcus Thuram, Borussia Mönchengladbach has confidently advanced to the second round of the DFB Cup. The French striker scored a hat trick (3rd, 22nd and 36th minute) in the 9:1 (6:0) of the Bundesliga soccer team against fifth division team SV Oberachern and thus paved the way for a successful competitive debut for the new Gladbach coach Daniel color. The other goals for the favorites were scored twice in front of 15,000 spectators by Jonas Hofmann (37', 45'), Rami Bensebaini (45'), Lars Stindl (47'), Joe Scally (59') and Florian Neuhaus (78'). . Nico Huber scored for the Oberliga team (61st).

Second division soccer team Arminia Bielefeld made it through to the second round of the DFB Cup without any problems. In the 7-1 (2-0) win at fifth division club FV Engers, the favorite was superior in all respects. The goals for the Bundesliga relegated team at the Oberwerth stadium in Koblenz were scored by Janni Serra (9th/70th minute), Fabian Klos (24th/50th), Masaya Okugawa (56th), Bryan Lasme (86th) and Robin Hack (90.1). Jonathan Kap (54th) scored the consolation goal for the Rhineland Cup winner, which the 2500 spectators cheered loudly.

Four days after the dismissal of the previous managing director of the professional football company Martin Kind, second division club Hannover 96 met the target in sporting terms. With the 3:0 (2:0) at fifth division TSV Schott Mainz, the Lower Saxony moved into round two. The scorers in front of 4,000 spectators at Mainzer Bruchweg: 1: 0, Ahlbach (36th), 2: 0 Beier (42nd), 3: 0 Haas (own goal 50th)

FC Augsburg barely reached the second round of the DFB Cup when their new coach Enrico Maaßen made his competitive debut. In the end, the Bundesliga team won clearly 4-0 (0-0) at the Lower Saxony regional league promoted Blau-Weiss Lohne. The strong resistance of the fourth division flagged in front of 4150 spectators but only in the second half after goals by Arne Maier (51st minute), Fredrik Jensen (69th), Florian Niederlechner (81st) and Maurice Malone (89th).

FC Schalke 04 made it through to the second round of the DFB Cup with coach Frank Kramer making his competitive debut. The five-time cup winner won 5-0 (4-0) at fourth-division side Bremer SV on Sunday. Dominick Drexler (12th/33rd minute) scored twice for the Bundesliga returnee. The big favorite from the Ruhr area gave the regional league promoted no chance from the start in front of 10,000 spectators in Oldenburg, 40 kilometers from Bremen. Even without the ailing Simon Terodde and Danny Latza, but with seven newcomers, the Kramer team dominated the hosts at will.

SV Sandhausen reached the second round of the DFB Cup without any major problems. The tenth place in the 2nd Bundesliga won 4-0 (3-0) at the Lower Saxony club BSV Rehden from the Regionalliga Nord. The team from the district of Diepholz could hardly oppose the superior Kurpfälzer. The double goal scorer Janik Bachmann (23rd/45th minute), Ahmed Kutucu (32nd) and Alexander Schirow (51st) ensured in front of around 1500 spectators that Sandhausen won at no point in time.

A late goal saved Bundesliga club VfL Wolfsburg from an early end in the DFB Cup. The team of new coach Niko Kovac drew 1-0 (0-0) in the first round at regional league club FC Carl Zeiss Jena thanks to Omar Marmoush's goal shortly before the end.

Bundesliga relegated SpVgg Greuther Fürth made a fool of themselves again in the DFB Cup. The second division football team, which was disappointing across the board, lost 2-0 (1-0) at Baden-Württemberg's fifth division team Stuttgarter Kickers and was eliminated miserably in the first round. Last year, the Franconians, who are still waiting for their first competitive win in the new season, failed at the start of the cup as a first division club at the regional league club SV Babelsberg 03.

Fortuna Düsseldorf left nothing to chance and safely reached the second round of the cup. The second division team won 4-1 (1-0) at Kickers Offenbach from the Regionalliga Südwest. The goals in front of 16,600 spectators at the Bieberer Berg were scored for the highly efficient Rhinelanders by former Bundesliga professional Daniel Ginczek (71st minute/79th), André Hoffmann (33rd) and Kristoffer Peterson (54th). Jakob Lemmer scored for the strong playing hosts (57th).

For Steffen Baumgart and 1. FC Köln, the long-awaited trip to the Berlin Cup came to an end after the first stop. The Rhinelanders fought back after a 2-0 loss at SSV Jahn Regensburg, but were unable to avert their defeat in the first round in a 3-4 penalty shoot-out. After extra time, the passionate cup fight on Saturday was 2-2 (2-2, 1-2).

The DFB Cup trip of the second division soccer club Hamburger SV almost ended after the first stop this season. The last-time semi-finalist initially saved themselves in extra time at third division promoted SpVgg Bayreuth and finally won 3-1 (1-1, 0-1). The non-stop attack in Hamburg after the break initially resulted in a number of missed chances in the 1:1 of substitute Ransford Königsdörfer in the 83rd minute. In extra time, captain Sebastian Schonlau scored after a corner by Sonny Kittel in the penalty area from a turn (97'). The decision was then made by the again successful Königsdörfer (111th).

Second division soccer team Hansa Rostock suffered a bankruptcy in the first round of the DFB Cup at North Regional League club VfB Lübeck. The Rostockers lost to their lower-class rivals 0:1 (0:0). VfB midfielder Tarik Gözüsirin scored the acclaimed winning goal in the 78th minute with a powerful shot from 16 meters. In the past twelve years, the Rostockers have failed in the first round for the tenth time. After the end of the game, some Hansa fans stormed the interior. Police forces pushed them back.

After a disappointing performance, Champions League starters Bayer Leverkusen left the DFB Cup in the first round. The Werkself lost 3: 4 (2: 3) at third division promoted SV Elversberg and revealed many weaknesses a week before the Bundesliga opener. Jannik Rochelt in the 2nd minute, Kevin Koffi (17th) with a penalty kick, Luca Schnellbacher (37th) and Kevin Conrad (74th) scored in front of 7414 spectators for the courageous outsider. Goals from Adam Hlozek (5th), Charles Aránguiz (30th) and Patrik Schick (89th) were not enough for Bayer to advance.

After the optimal two-victory start in the 2nd Bundesliga, 1. FC Heidenheim also got off to a successful start in the cup competition. Coach Frank Schmidt's team struggled to make it 2-0 (0-0) at regional league club FV Illertissen. Patrick Mainka (57th minute) and Adrian Beck (81st) scored in a tough game in front of 3500 spectators in the Vöhlin Stadium.

VfL Bochum did not show any weaknesses and made it through to the second round of the DFB Cup. The Bundesliga team coached by Thomas Reis won 3-0 (2-0) at regional league club Viktoria Berlin. In front of 5573 spectators in the Friedrich-Ludwig-Jahn-Sportpark, the goals of Simon Zoller (18th minute) and Takuma Asano (22nd) provided clarity early on. Newcomer Philipp Hofmann made it 3-0 (65th). The Berlin state cup winner fought, but was too often overwhelmed with the game of the Ruhr area club.

Second division soccer team FC St. Pauli has trembled in the second round of the DFB Cup. The team of coach Timo Schultz struggled to a 4: 3 (2: 2) at the regional league SV Straelen. Only a billiard goal by Jakov Medic in the last minute of regular time gave the guests the mandatory victory. Eric Smith (25th), Medic (40th) and substitute David Otto (63rd) had previously scored for the favorite. Manolis Saliakas saw the red card in the 77th minute for rough play.

Borussia Dortmund has confidently reached the second round of the DFB Cup. The Bundesliga soccer club won 3-0 (3-0) at third division club TSV 1860 Munich. Donyell Malen (8th), Jude Bellingham (31st) and new signing Karim Adeyemi (35th) scored for the 2021 cup winner coached by Edin Terzic. The Munich Lions failed in the first round for the fourth time in five years.

Darko Churlinov led VfB Stuttgart to the second round of the DFB Cup. The goal of the 22-year-old in the 33rd minute was enough for the Bundesliga soccer club to win 1-0 at third division Dynamo Dresden. In front of 22,644 spectators, the Swabians had to play outnumbered after 67 minutes after a yellow-red card for Waldemar Anton.

The club had a hard time coping with the first task in the DFB Cup: The second division team prevailed 2-0 (1-0) against the promoted team from the regional league and, like last year, is in the second round of the competition. Johannes Geis (45th minute) and Enrico Valentini (84th) scored the goals in front of around 6,000 spectators in Siegen's Leimbach Stadium. The district club from Siegen, which was only founded in 2007, had reached the first main round of the cup for the first time

KSC made it through to the second round of the DFB Cup competition. At the Mecklenburg Oberliga club TSG Neustrelitz, the bottom of the table in the 2nd Bundesliga won 8-0 (3-0). In front of a good 3000 spectators, the outstanding Fabian Schleusener (12th/14th/41st) as well as Jerome Gondorf (67th), Malik Batmaz (71st), Daniel Gordon (73rd) and Simone Rapp (82nd/87th) scored. the goals for the KSC. TSG, which had previously failed at KSC in 2007 (2-0 after extra time), conceded their fourth first-round defeat in the cup. 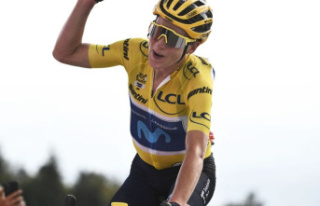