Did Alpine gamble badly?: The most disgraced Formula 1 team of the year

A regular place in Formula 1 is a dream for many young racing drivers. 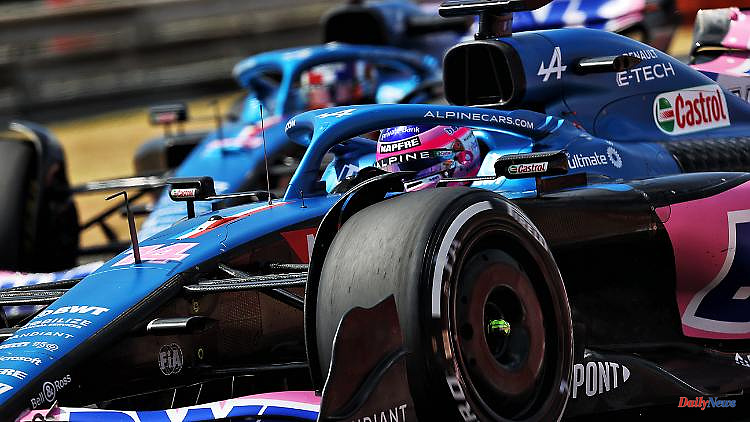 A regular place in Formula 1 is a dream for many young racing drivers. Oscar Piastri receives one, alone: ​​he doesn't want it. It is the second embarrassing development for Team Alpine since the departure of Fernando Alonso. That raises questions.

At the Formula 1 racing team Alpine, you don't lean too far out of the window, things are going massively in the wrong direction. First, the team loses its Spanish star driver Fernando Alonso - and learns about it through the media, or through a press release from Aston Martin. Then the French promoted their top talent Oscar Piastri to the premier class of motorsport for the coming season, only to be embarrassed with a crash just two hours later. The young Australian tweeted that Alpine's report was false and that he would not be racing for the team he is employed as a reserve driver for next year. What's going on there?

Waiting for an answer (for the time being) in vain. It can't be a stupid misunderstanding. The anger of the 21-year-old is too great for that. And indeed, the whole scenario seems rather strange. After all, how can it be that the team came to an agreement with their young star so quickly when they had felt duped by their top star the day before? According to a report, team boss Otmar Szafnauer admitted that he had actually assumed that the cooperation between the racing team and the former world champion would continue. It was all about the details. Probably around the term. This is quite exciting because Piastri is said to have a clause in his contract that allows the youngster to leave if he does not get a cockpit for 2023.

The domino that fell and laid the groundwork for this theater was probably Sebastian Vettel's decision to end his career at the end of the season and no longer drive for Aston Martin. Because that triggered Alonso's lightning move to the British. With the result that Alpine suddenly has (te) a free cockpit. Now almost everyone was sure: noble talent Piastri closes the gap. Then came the Twitter billing.

Did Alpine go two-pronged? Did the team gamble badly? Was the contract with Piastri ready to be signed, even though the preferred constellation for 2023 was different? It's possible, of course, but is it likely? The Australian is finally pushing his way into the premier class with a vengeance after dominating first Formula 3 and then Formula 2 for the past two years. Like his prominent predecessors Charles Leclerc and George Russell. And he has options, he didn't have to sit in the waiting room and hope that a cockpit would become available at Alpine. There were rumors that he could do an apprenticeship with Williams. His management should also negotiate with McLaren, for example. There he could replace his compatriot Daniel Ricciardo. So was Alpine's announcement just a move to send a signal to McLaren?

The farce with Piastri is only the sharpest outgrowth from a strange thornbush of reports. Just two weeks ago, Alonso had announced that he wanted to sit down with those responsible for the Renault successor team during the Formula 1 summer break, right now. In the talks scheduled for August, the 41-year-old wanted to hear from his current employer "what the expectations are" and "what the next step in the project" looks like. The fact that the change was announced instead on the first day of the month, apparently without the agreed agreement, is the next oddity at Alpine.

At best, the double embarrassment is a communication disaster. In the worst case, the chaos will radiate into future planning. How reliable is the team? What counts agreements? In the Piastri case, only the driver's version is known. The racing team had not provided any background. And in the case of Alonso, there is only the word of Szafnauer: The Spaniard has so far been silent about the exit and possible solo effort. Answers, good answers, are fundamental to team planning. Because the situation on the driver market is not getting any lusher either. Alpine may now become an option for Mick Schumacher, whose future at Haas is still unclear. Again and again there are reports about differences between the young German and team boss Günther Steiner.

But for now it's word against word. Piastri versus Alpine. An angry youngster against a proud team. "Oscar is a radiant and rare talent. We are proud to have encouraged and supported him on the difficult paths of the youth series," said Szafnauer in the team statement. "Through our collaboration over the last four years we have seen him develop and mature into a driver who is more than capable of making the step up into Formula 1." They firmly believe that the duo Piastri and Esteban Ocon will give the team "the continuity we need to achieve our long-term goal: to fight for victories and championships," it said in the afternoon. A beautiful vision, but will this attempt even come about?

1 By the end of the 2020s: Matthias Maurer wants to... 2 Hesse: Innovative road surfaces should protect against... 3 Hesse: scooter driver seriously injured after a collision... 4 Hesse: Two injured after a traffic accident in the... 5 Hessen: E-bike driver dies after a collision with... 6 Hesse: truck overturned on federal highway: complete... 7 Bavaria: Bavaria is groaning under days of heat: Friday... 8 Bavaria: Trekking instead of wild camping: Camping... 9 Bayern: Hahn defends record purchase Pepi: "It... 10 Bavaria: One dead in an apartment fire 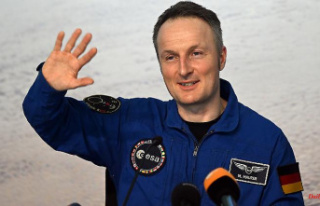