In the Bundesliga game of 1. 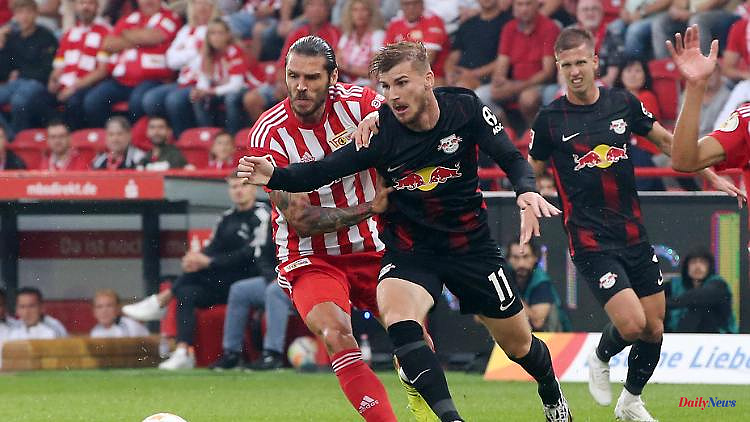 In the Bundesliga game of 1. FC Union Berlin, the referee decides against a penalty for RB Leipzig. He judges at real speed on the field, not slowed down TV replay. There are also decisions in need of explanation in other games.

A particularly controversial scene in the twelfth minute of the game between 1. FC Union Berlin and RB Leipzig (2-1) when the score was 0-0 was hotly debated after the final whistle. When the guests counterattacked, Timo Werner got into the home team's penalty area with the ball at his feet, followed by Christopher Trimmel. After a slight contact on the shoulder, the attacker fell to the ground, referee Deniz Aytekin allowed play to continue. In real speed, there wasn't much to say in favor of a penalty kick, so the decision seemed understandable. Trimmel's arm use was not a clear stopping offense, Werner's fall was not caused by it.

However, the slow motion showed that Trimmel had stepped on Werner's right ankle with his left foot while running. By then, however, the man from Leipzig had already lost his balance and was about to fall. That's exactly what Aytekin gave in an interview with Sky as the reason why he didn't recognize a penalty: "For us, the process on the pitch was that Timo stumbled due to the contact above. At normal speed you can see that he went into the Stumble comes and then keeps running. The defender keeps running too and of course kicks him down. The cause and effect of him falling down for me was that light touch up there."

However, the referee conceded that there were also arguments for a penalty kick. However, Aytekin did not think the matter was so obvious that video assistant Günter Perl would have needed to intervene. "We have to stop pushing everything to Cologne. At the end of the day, it's my responsibility as a referee," he said. Jochen Drees, the project manager of the video assistants, also attached importance to a differentiated evaluation. In the Sport1 "double pass" he said: "I find the scene very complex because it consists of two parts", namely the contact on the shoulder and the contact on the foot. "The referee noticed the use of the upper body and judged it to be too easy. But I don't want to say that it is by no means a penalty." Some speak for a penalty, but some against it.

The different perception and evaluation of the duel between Trimmel and Werner is a good example of how much the assessment can depend on whether you look at a game situation at real speed - like on the field - or in the slowed-down repetition. "In slow motion, the dynamics of a situation appear changed, which makes one assume that the actors would have more time to think about their actions," writes the Heidelberg sports psychologist Henning Plessner, who has been studying the effects of VAR interventions for years, in a study . So a body contact or hit can look more dramatic in deceleration than it did in real speed.

It is therefore understandable that Aytekin allowed play to continue on the field - precisely because Werner had stumbled as a result of contact on his upper body that was not punishable and the hit on his foot did not appear to be the cause of the fall for the referee. Nevertheless, the question remains whether this goal should not have resulted in a penalty kick independently. It was a kick, after all, though the slow motion might have made it seem more dynamic in terms of momentum than it was in real time. It would still have been a valid argument for a penalty decision. But also one for an intervention by the VAR? Based on Drees' statements, Aytekin's decision was at least ambiguous and obviously wrong. So Perl was right to hold back.

In the game Eintracht Frankfurt - 1. FC Köln (1:1), when Jan Thielmann equalized after 82 minutes, from an offside position, Florian Dietz blocked the view of the Frankfurt goalkeeper Kevin Trapp, who was around six meters behind him, and thus impaired his ability to to play the ball? After several minutes of checking the goal by the VAR and an on-field review, referee Martin Petersen decided: The goal remains valid. There is often an inherent element of subjectivity in the assessment of the so-called off-line of sight, because even favorable camera perspectives in tight situations like this cannot depict the exact view of the goalkeeper. Nevertheless, there was some evidence that it was Trapp's teammate Tuta who was a visual obstacle for the Eintracht keeper. And because Dietz was not clearly active either, for example by making a clear movement towards or away from the ball, it is justifiable that Petersen stuck to his decision to give the goal.

There were two legitimate penalties in the encounter between Borussia Mönchengladbach and Hertha BSC (1-0), both for the hosts, the second of which was after a correct intervention by VAR Pascal Müller. But while Maximilian Mittelstädt got away without a yellow card, referee Matthias Jöllenbeck sent the already warned Berliner Filip Uremović off the field with a yellow card. This difference in penalties was also correct: If a shot or a header that is or would have been on goal is blocked or deflected by a punishable handball, a warning is mandatory - and that was the case with Uremović, but not with Mittelstädt. The latter only held his arm in a cross into his own penalty area and did not stop a promising attack from Gladbach.

In the match between VfL Wolfsburg and FC Schalke 04 (0-0) Simon Terodde missed the opportunity to convert a penalty twice in added time in the first half. Both times he was denied by Wolfsburg goalkeeper Koen Casteels. Referee Felix Zwayer rightly allowed the first penalty to be repeated because the Lower Saxony goalkeeper had clearly left the goal line with both feet before the shot was taken. Incidentally, a change of penalty taker would have been possible on the second attempt. Because the rules only stipulate that the shooter must be clearly determined, but not that the same player has to compete again in the event of a repetition.

The winning goal for the guests in the game FC Augsburg - 1. FSV Mainz 05 (1:2) came after a quick and short corner kick from Delano Burgzorg. Apparently, the ball was not still, but was still moving minimally, which was hardly visible to the naked eye at real speed. However, the video assistant was not allowed to intervene here, because according to the regulations, incorrectly executed game continuations are no reason for an intervention because they do not count among the "game-relevant decisions". Exceptions should only be made in particularly blatant cases. Such a case certainly did not exist here. 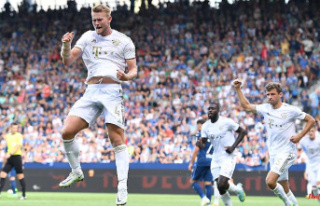