Graham Potter stepped out of his comfort zone a long time ago. 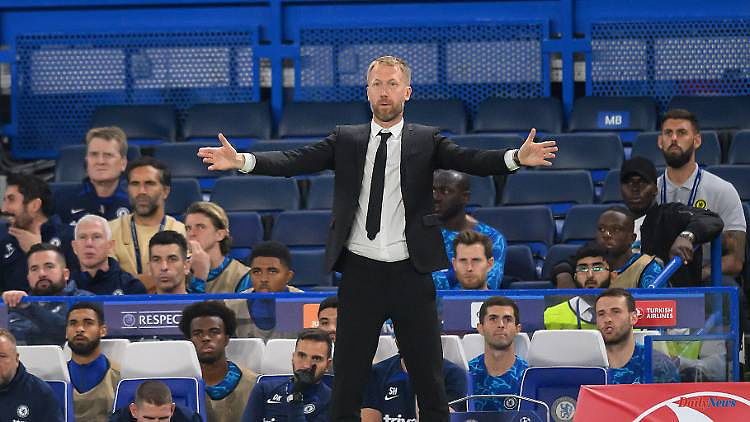 Graham Potter stepped out of his comfort zone a long time ago. From England he is drawn to Sweden. There he not only masters an adventure, but is also targeted by the big clubs in England. Many years later he is at the top. But the old Chelsea coach still casts a shadow over the new one.

Chelsea FC is facing a Herculean task in the Champions League just a week after the departure of coach Thomas Tuchel. After the disappointing 1-1 (0-0) against RB Salzburg, new coach Graham Potter admitted that he couldn't do magic. Meanwhile, the blues fans celebrated the fired ex-Mainzer one last time. They sang a song for him.

The dismissal came as a surprise. Only a few hours after the 0-1 draw at Dinamo Zagreb at the start of the Champions League, Thomas Tuchel had to leave Chelsea last week. Todd Boehly, the new co-owner and club boss, had other visions for the club near the Thames.

The American insisted on shouting an unfriendly "obviously extremely talented" after the 49-year-old German and then looking to the future. In addition to big plans for English and European football, Boehly naturally also has visions for Chelsea.

Graham Potter is now to design it. The former England Under-21 international has enjoyed a stunning rise in recent years. In January 2011, he landed at Östersund, then a Swedish fourth-tier club, via the lower leagues in England. "In life you have to leave your comfort zone," the 47-year-old looked back on the drive behind his adventure these days.

In just six years he led Östersund up, to cup victory and into the Europa League. There, Potter, who had the English press at his feet, drew attention to himself with a win over Hertha BSC, among other things. He was soon back on the island, with Swansea City in the Championship. After just one year we went to the Premier League. Potter formed Brighton

To one who was worth £20million to Chelsea's new visionary, i.e. Boehly. Chelsea transferred that much to the "Seagulls", who, according to the "The Athletic" portal, are now said to have kept an eye on Mainz coach Bo Svensson. The cycle that propelled Potter to the top of the system and saw him debut straight into the Champions League on Wednesday.

A competition completely unknown to Potter, which according to his own statements he hadn't even attended as a spectator and in which he only celebrated a turned down debut. Because after the death of Queen Elizabeth II, the anthem of the Champions League was dispensed with because he appeared in a black suit and tie and heard a journalist speak in the press gallery during the minute's silence for the late monarch. The rest of the Chelsea bench silenced the man with looks, the Guardian wrote.

They didn't want to succeed in the 21st minute. It was then that the crowd at Stamford Bridge broke out in one final chant to their beloved "Super Tommy Tuchel," showing Potter the path that still lies ahead. Later, in the second half, he celebrated Raheem Sterling's opener and was annoyed at Noah Okafor's equaliser. With the draw, Chelsea remain at the bottom of Group E. Nothing is lost yet, but we haven't won either. "We are disappointed. The boys gave everything, it shouldn't be," he said: "It's not the position we want to be in. It is what it is." A Herculean task outside of the comfort zone.

1 Naked breasts shown: woman sued Berlin for being kicked... 2 Children abandoned on rafts?: Greeks deny pushback... 3 Coffin of the late monarch: Queen is laid to rest... 4 Eleven-Day Britain Tour: How The Queen's Body... 5 "Everyone is absolutely furious": is King... 6 After the death of Queen Elizabeth II: Charles III.... 7 "Right award ceremony": Böhmermann wins... 8 Colonel Reisner at ntv.de: "The breakthrough... 9 A little vacation is in it: You can save a lot of... 10 Bavaria: Wood burning splits the mind 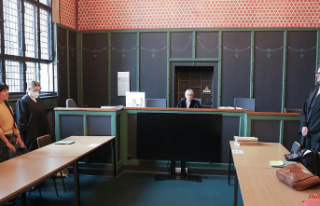