Does the curse stop at Hamilton?: Leclerc leads, crashes out again - and rages

A used day for Ferrari at the Formula 1 GP in France: after all signs of Charles Leclerc's victory, the driver crashes into a tire wall. 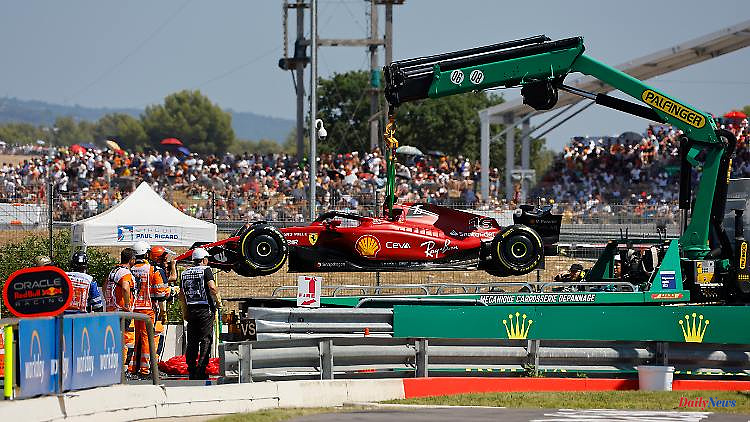 A used day for Ferrari at the Formula 1 GP in France: after all signs of Charles Leclerc's victory, the driver crashes into a tire wall. Leclerc survives the accident unscathed, but screams his anger out. Meanwhile, Lewis Hamilton reaches a dangerous milestone.

Ferrari driver Charles Leclerc retired early from the Formula 1 race in France. The Monegasque spun while in the lead and crashed into the tire barriers. The exact cause of the accident on lap 18 was initially unknown. Shortly before, pursuer Max Verstappen in the Red Bull came into the pits to change tires, while Leclerc initially stayed on the asphalt in Le Castellet. After his exit in turn eleven, the 24-year-old complained, panting, about problems with the accelerator pedal, which had already annoyed him at the GP in Spielberg, and screamed his anger over the pit radio. The safety car came out.

For the previous World Cup runner-up Leclerc it was the third end of the season, frustrated he trudged into the paddock. He had a good chance of winning, but the accident took away from him. Team colleague Carlos Sainz then received a five-second penalty from race control for an unsafe release. A used day for Ferrari.

Formula 1 record world champion Lewis Hamilton has meanwhile contested his 300th Grand Prix in France. The Mercedes driver from England started the race from position four in the afternoon. Hamilton is only the sixth pilot overall to break the 300 mark. However, none of the previous drivers has ever celebrated a Grand Prix victory since reaching this milestone.

The record holder is Finn Kimi Raikkonen, who resigned from Alfa Romeo after 349 starts at the end of last season. The Spaniard Fernando Alonso (345), Rubens Barrichello from Brazil (322), Michael Schumacher and the Englishman Jenson Button (both 306) also belong to this exclusive club. Alonso from the Alpine racing team is the only active driver alongside Hamilton.

According to the world motorsport association Fia, Sebastian Vettel (Aston Martin) is currently at 289 races. Hamilton has been driving in the premier class of motorsport since 2007. Since then he has racked up 103 race wins and 103 poles. The 37-year-old was world champion seven times - just as often as legend Michael Schumacher.

1 Monkeypox as an emergency: can the pathogen still... 2 Remote island becomes home: adventuress lives with... 3 Creators of "Good Will Hunting": Gus Van... 4 Recognition, friendship, money: What Kassra Zargaran... 5 North Rhine-Westphalia: Man with stab wounds on the... 6 Thuringia: Michel Hopp missed victory at the Erfurt... 7 Bavaria: Bavaria offers a counseling center for victims... 8 Baden-Württemberg: Around 141 million euros from... 9 A long pant, then Leclerc acknowledged the Ferrari... 10 "Frequently Dangerous" - Greens and SPD... 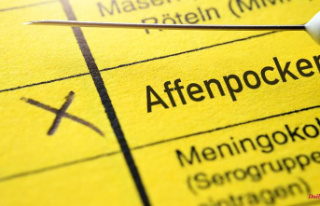 Monkeypox as an emergency: can the pathogen still...