Robert Lewandowski has a valid employment contract with FC Bayern. 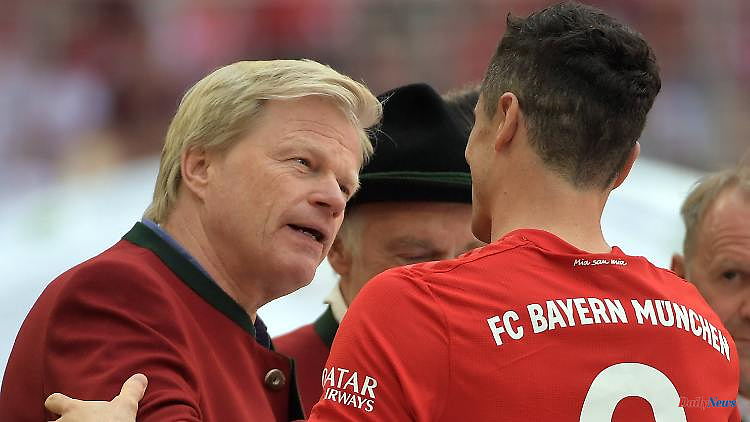 Robert Lewandowski has a valid employment contract with FC Bayern. But he absolutely wants to end it early and now makes no secret of it. A reaction from the club - from boss Oliver Kahn - is not long in coming.

Bayern Munich CEO Oliver Kahn reacted with incomprehension to Robert Lewandowski's public statements in which the Polish striker is urging his early departure from Munich. "I can't tell you why Robert chose this path. Such statements in public don't get you anywhere. Robert became world footballer here twice in a row - I think he should know what he has at Bayern," said the former national goalkeeper at the TV station Sport1.

Lewandowski had previously confirmed his desire to change this summer, a year before the end of his contract. "For today, one thing is certain: my story with Bayern is over. After everything that has happened in the last few months, I can't imagine continued good cooperation. I'm aware that the transfer is the best solution for both sides," said the Pole, who is set to be courted by FC Barcelona, ​​at the press conference with the Polish national team.

The day before, on the sidelines of the Formula 1 race in Monaco, he had said to the Polish TV station Eleven Sports PL: "We have a house in Mallorca. The feeling for Spain is there and I think it's a really good place - not just to vacation there." If that was already a statement, it crashed just one day later.

Lewandowski hopes that FC Bayern will not just keep him "because they can". But the previous reactions from Munich were different. Those responsible around Kahn and also sports director Hasan Salihamidzic had always emphasized not to let Lewandowski go this summer. The Pole could only leave on a free transfer next summer. FC Barcelona, ​​which is actually heavily in debt, is currently offering more than 30 million euros for the top scorer.

A lack of appreciation on the part of Munich should be a reason for Lewandowski's desire to separate. According to reports, FC Bayern had tried to get Erling Haaland to leave BVB, who is now moving to Manchester City. Kahn now replied that appreciation is "not a one-way street". 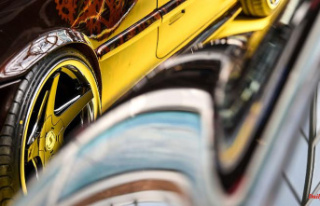