"Don't whine too much": Senegal still hopes for Mané, Nagelsmann slows down

Sadio Mané's injury shortly before the start of the World Cup came as a shock to Senegal. 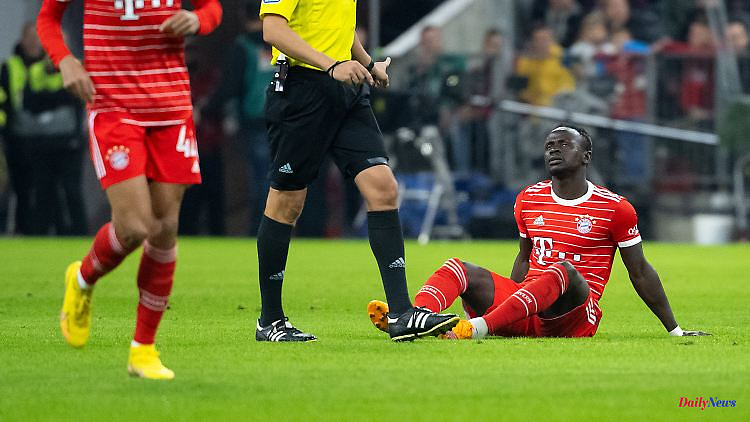 Sadio Mané's injury shortly before the start of the World Cup came as a shock to Senegal. The FC Bayern Munich striker is the most important player in the squad. In any case, Mané will be absent in the first few games, but the association boss is still hoping.

Soccer star Sadio Mané from FC Bayern Munich will miss the first World Cup games of Senegal. The vice-president of the Senegalese association assumes this, reported the French "L'Equipe". Mané was injured and you have to deal with it and not complain too much, said Abdoulaye Sow accordingly. You have to play the first games without Mané and win without the top attacker. The 30-year-old striker tore a tendon in FC Bayern's 6-1 win against Werder Bremen in the Bundesliga, but was still nominated for his home country's World Cup squad.

Julian Nagelsmann had not made up his mind about his attacker's start in the World Cup. "In the end there will be a medical situation and diagnosis in 10 days after the follow-up examination and then we'll see what comes out," said the Bayern Munich coach last Friday. He does not know where the follow-up examination will take place, said Nagelsmann.

"In general, an early start after an injury is always critical. It's clear that Senegal would like him to play. If he has problems and can't play, he can't play. Medical things then take precedence over sporting things. " The health of the player is more important, that's no different with Mané than with any other player, warned Nagelsmann.

Africa's Footballer of the Year is his country's most important player. In Group A, Senegal meet the Netherlands on 21 November, followed by hosts Qatar and Ecuador as opponents.

1 Season finale at "JKvsP7": Joko and Klaas... 2 "Artemis 1" kicks things off: What do we... 3 Baden-Württemberg: Mannheim Mayor Kurz does not appear... 4 Bavaria: trapped between the bench and the heater:... 5 North Rhine-Westphalia: 33 victims of police shots... 6 Mecklenburg-Western Pomerania: Light frost in Mecklenburg-Western... 7 North Rhine-Westphalia: Unknown traces of a corpse:... 8 Hesse: driver loses control of the car and dies after... 9 Bavaria: At Bavaria's universities more and more... 10 Bavaria: the cause of the accident pushes the way... 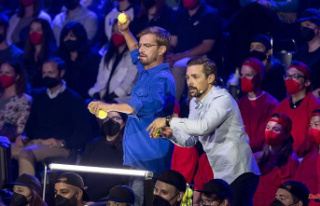