Dortmund desperate for wolves: BVB sees no country in the flood of opportunities

Borussia Dortmund is threatened with an annoying end to the Bundesliga year 2022: The team loses a game against VfL Wolfsburg that it doesn't have to lose - and Marco Reus just can't get on his feet. 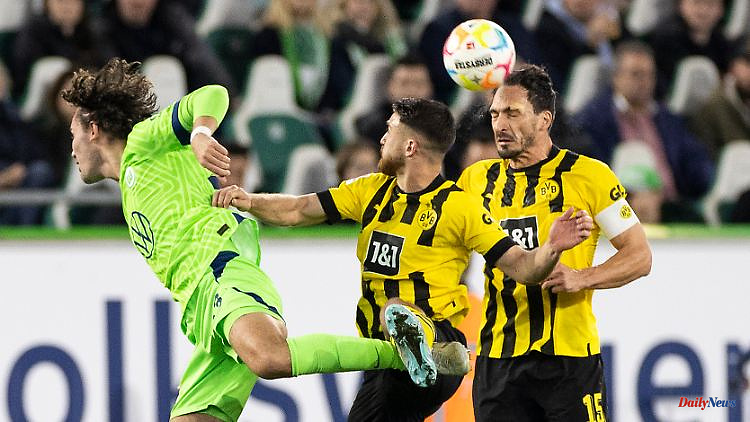 Borussia Dortmund is threatened with an annoying end to the Bundesliga year 2022: The team loses a game against VfL Wolfsburg that it doesn't have to lose - and Marco Reus just can't get on his feet. VfL Wolfsburg, on the other hand, is slowly climbing thanks to a stable performance.

The intermediate high of Borussia Dortmund is over again. After three wins in a row in the Bundesliga, BVB lost 2-0 (1-0) at VfL Wolfsburg in a top-class game on Tuesday evening. Dortmund are now chasing the top trio from Munich, Freiburg and Berlin. Micky van de Ven scored in the sixth minute for VfL, who have been unbeaten in eight competitive games. After that, both teams missed more than a dozen best chances in front of 28,675 spectators before World Cup candidate Lukas Nmecha (90.1) scored the second Wolfsburg goal.

Consistency remains the big Dortmund problem. The most recent victories against VfB Stuttgart, Eintracht Frankfurt and VfL Bochum have been the longest winning streak this season. For a title contender, the setbacks always come too early - and too reliably.

Shortly before the German squad was announced on Thursday, the World Cup chances of at least one Dortmunder received another damper: Marco Reus did not go to Wolfsburg at all due to persistent ankle problems. The 33-year-old only made his comeback in the 3-0 win over Bochum on Saturday. He "of course" had the feeling that Reus really wanted to go to the World Cup in Qatar, said BVB trainer Edin Terzic on Sky. "We see how hard he works, how he worked hard and toiled for his comeback. Unfortunately, he has now been thrown back again and again and the pain has only increased."

While Reus should hardly have a chance of being nominated, but the defenders Nico Schlotterbeck and Niklas Süle are almost certainly there, in Mats Hummels, Julian Brandt, Youssoufa Moukoko and Karim Adeyemi there are at least four Dortmunders among the wobbly candidates. At VfL there are two of them in Nmecha and Maximilian Arnold. Coach Niko Kovac paid no attention to the squad announcement by national coach Hansi Flick on Thursday and put Nmecha on the bench two days earlier.

This game was actually made for strikers like Nmecha or Dortmund's Moukoko due to the abundance of chances, as the case of the VfL professional should also show. The best opportunities were given away by others. Wolfsburg goalkeeper Koen Casteels had to save twice against Donyell Malen (19th/21st). At VfL, attackers Jonas Wind (30th/31st) and Omar Marmoush (3rd/24th/40th) were just as dangerous. In Wolfsburg's best chance of the first half, Paulo Guerreiro had to clear a Jakub Kaminski shot just before the goal line (32'). At the other end, Dormunds Süle hit the post (45.1).

Borussia didn't play badly. On the contrary, BVB delivered a very committed and increasingly dominant game in the second half. But after their weak start to the season, Wolfsburg are now not only superior to many opponents in terms of running, they are also improving in terms of play from week to week. Dortmund put them under constant stress. At least the quality of the chances did not decrease in the second half. Casteels saved a Moukoko header in the 56th minute. Dortmund goalkeeper Gregor Kobel had to save against Wind (61st) and Kaminski (62nd) shortly afterwards. BVB now temporarily settled in the Wolfsburg half of the game, but could hardly get through in attack. Wolfsburg did, as soon as the six-minute stoppage time was indicated, Nmecha scored.

1 "Used too lightly": Meghan fumes about the... 2 This content is missing: what can the new Netflix... 3 Bavaria: Von Brunn: Parallels of activists to the... 4 The day of the war at a glance: Shoigu appears at... 5 St. Pauli is in trouble: Kaiserslautern breaks the... 6 Eurojackpot cracked: 120 million euros go to Berlin 7 Hesse: Wiesbaden jumps to promotion after 1-0 against... 8 Bavaria: World War II bomb found: Blocking on A8 9 Baden-Württemberg: Sixth competitive defeat in a... 10 "Protest, protest!": Trump speaks again... 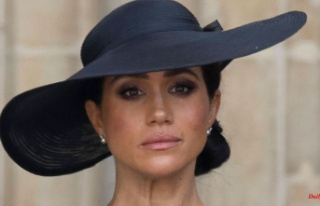 "Used too lightly": Meghan fumes about the...