As an outstanding captain, 19-year-old Jew Bellingham leads Borussia Dortmund to an impressive victory in the Champions League at ailing Sevilla FC. 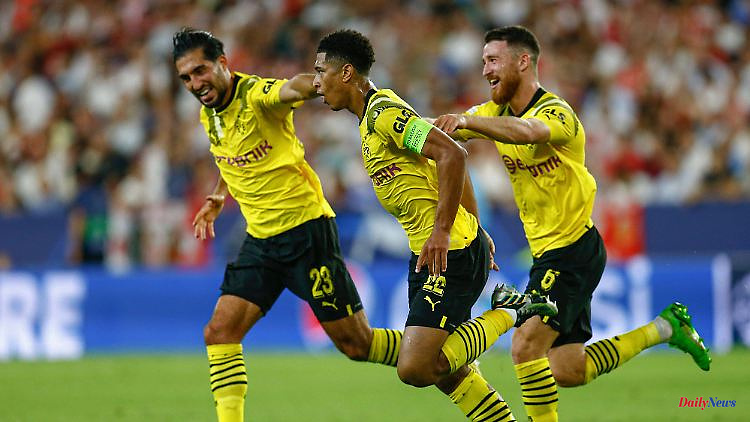 As an outstanding captain, 19-year-old Jew Bellingham leads Borussia Dortmund to an impressive victory in the Champions League at ailing Sevilla FC. A brace before the break makes everything clear, Bellingham manages a premier class record. Now FC Bayern is waiting.

Borussia Dortmund stormed the Andalusian cauldron with a new sense of humor and a lot more speed and warmed up for the league cracker against Bayern Munich. BVB celebrated a convincing 4: 1 (3: 0) at FC Sevilla, energetically opened the door to the Champions League round of 16 and initially eliminated the increasingly loud doubts about mentality, concentration or game system. The lead over the Spaniards before the second duel on Tuesday is five points.

The changing of the guard in the storm turned out to be spot on. Raphael Guerreiro (6th), Jude Bellingham (41st), Karim Adeyemi (43rd) and Julian Brandt (75th) not only pushed their goals into spaces that Youssoufa Moukoko had also opened up. The 17-year-old replaced Anthony Modeste, who had recently withdrawn completely, which gave the BVB game a completely different depth and dynamic. Moukoko was constantly part of fast combinations, unlike the more static Modeste. Youssef En-Nesyri (51st) scored for Sevilla.

The towering Bellingham's goal became just the second teenager in CL history to score at least one goal in each of the first three match days of a season. Previously, only Erling Haaland had done that for FC Salzburg in 2019/20. The BVB captain is also the youngest captain ever to score in the premier class.

However, Dortmund shouldn't give too much to the game in the sold-out Ramon Sanchez-Pizjuan stadium: the opponent wasn't at a top level. Bayern Munich will probably challenge BVB quite differently on Saturday (6.30 p.m. / Sky). In the sweltering heat of up to 37 degrees on the day of the match, coach Edin Terzic decided to declare Modeste's experiment a failure for the time being. Switching the system to flanks for a striker had come to nothing, Modeste looked like a foreign body not only at 1. FC Köln (2: 3).

Moukoko, the hero of the derby against Schalke 04, was noted on the line-up sheet. Given the absences of captain Marco Reus, Mats Hummels, Gregor Kobel and Gio Reyna, the bench was extremely young. "We are reaching our limits with our squad," said sports director Sebastian Kehl at DAZN.

BVB started strong with Emre Can as a breakwater in front of the central defense. Guerreiro won a dribble from the edge of the box, moved inside and scored beautifully. Immediately afterwards, the always very attentive goalkeeper Alexander Meyer had to save in a double pack against En-Nesyri (10th). Despite media reports about the impending replacement of their coach Julen Lopetegui, Sevilla didn't seem unsettled.

For his part, Moukoko wasn't perfectly integrated yet, but the new speed opened up space and more and more chances (33'/52'/60'). Adeyemi was also a revival on the right. A red card against En-Nesyri because of an emergency brake could also have helped BVB: but it was canceled after video evidence because of a previous Adeyemi foul in midfield.

The game became tricky and tough, Sevilla increased the pressure. Meyer also parried En-Nesyri's header superbly, Jose Angel Carmona shot over the goal from five meters (37'). Again BVB threatened to lose control of the game while in the lead - but substitute captain Bellingham and Adeyemi struck at exactly the right moment. Nico Schlotterbeck then stopped at En-Nesyri's goal instead of going into a header duel. As a result, BVB faltered again at times before Brandt calmed his nerves - with preliminary work from Moukoko, who was replaced by Modeste a little later. 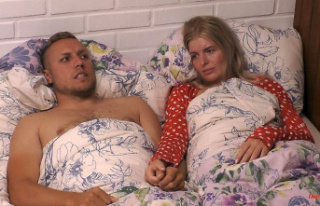