First you have to swim, bike and run fast enough to qualify for the Ironman in Hawaii. 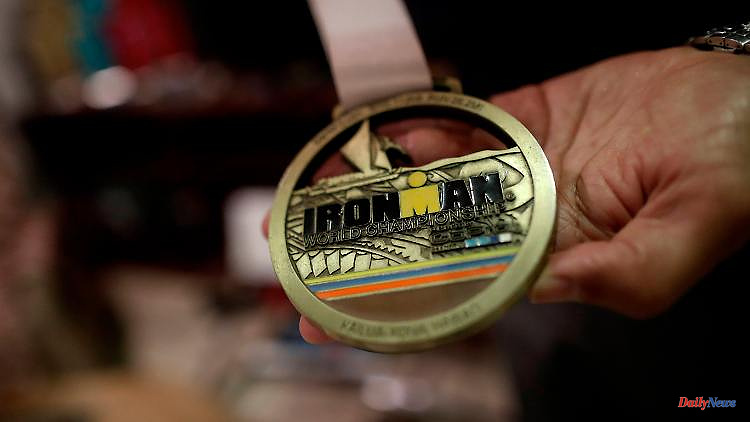 First you have to swim, bike and run fast enough to qualify for the Ironman in Hawaii. Then you have to have enough money to be able to afford the trip and the start. The new sums are beyond any frame, but the hotels are still full.

An Ironman is a competition for people who want to suffer. 3.8km swim, 180km bike ride, 42.195km run. No one can survive that without pain. Triathlon professionals just as little as the age group athletes. In the Mecca of the Ironman, Hawaii, it gets even more painful. Because of the climatic conditions - but above all because of the deep reach into the wallet.

If you want to start in Kona on the Big Island, you have to pay an entry fee of 1120 dollars (1060 euros). And not upon arrival in Hawaii, but directly after qualifying. It is a ceremony celebrated at the qualifying competitions. This was also the case last Sunday in Frankfurt/Main. The qualifiers are asked on stage if they want to start, for most of them a dream comes true, they pay. But more and more people are doing without, making room for the next best person, it's too expensive. The start list will of course still be full. For the second time, "Tagesschau" spokesman Thorsten Schröder is one of the lucky ones. After 2017, he is allowed to start again in Hawaii this year. In Frankfurt, he needs 9:55:18 hours for the route and qualifies fourth in his age group of 55 to 59 year olds. He says enthusiastically to the magazine "triathlon": "That's what I wanted, what I've been working towards for two years. It's a great crowning glory."

Since November 2020 he has cycled 13,700 kilometers, swum 410 kilometers and run 2880 kilometers. Schröder unraveled that in his last YouTube video before the Ironman qualification in Frankfurt, in which he has been taking die-hard triathlon fans with him through his preparation since the start of his training plan. That's about 20 hours of training per week. "This effort for this one day is all a bit crazy," admits Schröder himself.

But the hardships and the more than a thousand euros entry fee are far from over. Traveling to Hawaii is extremely expensive. It always has been, but this year prices have skyrocketed. So far, participants including an escort had to reckon with around 10,000 euros. But those who book this year will have to swallow and check their finances more than once. The Ironman is scheduled for October 6-8, searching booking.com for those dates yields: "99 percent of the accommodations are not available on our site for your travel dates." Kona is busy -- and accommodations can dictate prices as they please.

Those who fly to Hawaii will of course not only book for the competition days. But as an example, the trip here is limited to what is absolutely necessary: ​​For the travel dates October 5th to 9th, there are still two remaining offers on booking.com. Four nights cost about 9500 euros, that is 2375 euros per night - for one person. In addition to the usual online portals, there are also travel providers who have specialized in sports travel. When asked, the "Frankfurter Allgemeine Zeitung" received the answer from Hannes Hawaii Tours: There are still offers, "but on conditions that we do not want to sell without prior communication". For a long time it was considered whether these should be included in the program at all because the prices were "so far removed from what we would like to offer". And as is well known, starting place and hotel are not enough. You also have to pay for the flight. A query with Lufthansa results in a price of around 1,500 euros for the Frankfurt/Mainz-Kona connection for a return flight on the dates mentioned.

Results in: Easily more than 10,000 euros - per person. "No normal earner can afford that anymore. Starting in Hawaii has become pure luxury," says Lothar Leder, the former Hawaii third party of the "FAZ". One reason for the price explosion will be the doubling of the number of participants. So far, 2,500 athletes have been allowed to start in Hawaii, this year there are 5,000 for the first time. The corona-related cancellation of 2020 had created a traffic jam of qualifiers who want to start in Kona. So that this traffic jam doesn't get bigger and bigger, twice as many triathletes are now allowed to start. For the first time there are two races, on October 6th it's the women's turn, on October 8th it's the men's turn. Pros and age group athletes together on the same course.

Anyway, triathlon is not a sport for people who have to turn over every euro twice. It's not for nothing that people in the USA blasphemously say that triathlon is the new golf. The equipment alone is expensive. A wetsuit for swimming costs a few hundred euros, a racing bike has hardly any price limit from a few thousand euros upwards, plus a triathlon suit, helmet, glasses, cycling shoes, the running shoes are among the cheapest. Hannes Blaschke, who was fourth in Hawaii himself in 1985 and owner of Hannes Hawaii Tours, says to the "FAZ": "They will find 5,000 people who will start. For many, Hawaii is a once-in-a-lifetime story, that's where it takes place money is secondary."

But the price explosion ensures that not everyone can fulfill their dream of Hawaii. The Ironman threatens to become more and more a sport only for the rich. The youngsters under the age of 30 cannot afford the trip. In addition to a lot of time for training and extreme pain resilience, the account balance has become a decisive factor. Thorsten Schröder swallows it for his dream: "I want Hawaii and I'm in the mood for it," he says on "triathlon". 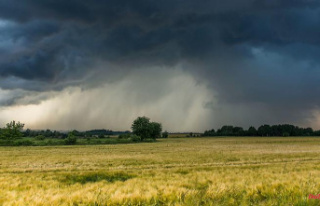 Thunderstorm front before the weekend: "The risk...