Dream of the Bundesliga lives on: Donis Avdijaj's desperate mistake

A return to the Bundesliga, that remains Donis Avdijaj's big dream. 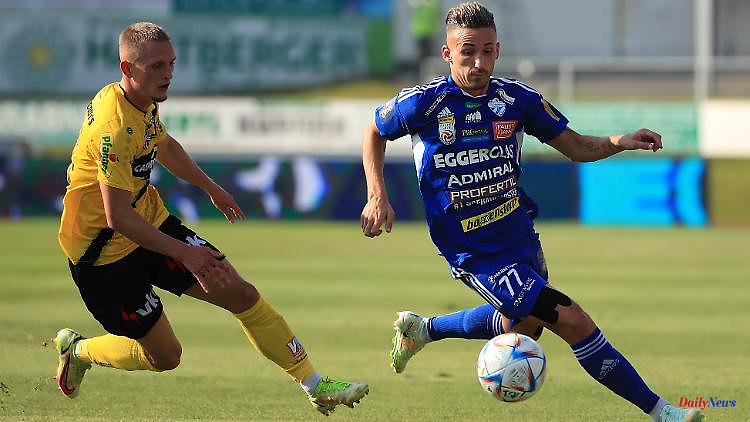 A return to the Bundesliga, that remains Donis Avdijaj's big dream. The 25-year-old is going a crazy route and is now changing clubs again. For the tenth time in seven years. Is it really only going uphill for the former super talent?

Donis Avdijaj has not yet reached his big goal again. The 25-year-old has played nine times in the German Bundesliga so far (in the 2016/17 season). He scored two goals. Back then, in the FC Schalke 04 jersey, he fired the imagination. The offensive man, who has his strengths as a hanging point, was believed to play a dominant role in Gelsenkirchen until the summer of 2018. It was an expectation that was bitterly disappointed. After two unsuccessful loans, Avdijaj was finally given up in 2018. He moved to the Netherlands to Willem II Tilburg.

The next stop on an endless odyssey, always looking for happiness - and the big stage. The football traveler is now returning to them. He moves from TSV Hartberg to Switzerland, to champions FC Zurich. Avdijaj may play in the Europa League this season. The club can qualify for them after just having missed their chance at the premier class against Azerbaijani giants Qarabağ Ağdam. Now there is the next European Cup chance against FC Linfield. Possibly already with Avdijaj.

"Every athlete strives to develop and face new challenges," explains the player. "By moving to Zurich, I can play internationally this season. Above all, the opportunity to be coached by Franco Foda again made me make this decision." Both worked together reasonably successfully at Sturm Graz between 2015 and 2016. In Hartberg, they are a bit frustrated that the player who spoiled Miroslav Klose's league debut as coach of SCR Altach (1: 2) with two goals on matchday 1, surprisingly left the court. But they don't want to step down either.

"He was an asset for us and it shows once again that players who haven't had easy times or who have great potential can play their way into the spotlight with us in peace and then move on to bigger names in football." , known Hartberg's managing director Erich Korherr. "The only way to get a player of his quality is to give him the opportunity to change." The two clubs did not provide any information about the amount of the fee. But there should have been a fixed sum. Avdijaj scored seven goals in 23 competitive games for Austria.

FC Zurich should now possibly be the big springboard to fill that fantasy with life that once made him a hyped super talent at Schalke. Who once had an exit clause of almost 50 million euros. And that despite the fact that the Kosovar, who was born in Osnabrück, was no longer a regular player in the U19s. Unlike the U17s, the belief was born there that Avdijaj would become the next big thing in the club, maybe even in Europe. In 52 games he scored 57 goals and prepared 15 more, for the German U17 national team he scored a whopping 10 times in 13 appearances. He had talent en masse, but it was his ego and numerous nonsense that stood in his way. In July 2017 he was finally banned from the professional squad due to "questionable behavior on and off the pitch" and "lack of athletic performance".

His egocentricity was flanked by escapades off the field. The stories are sufficiently told. They revolve around Ronaldo fantasies, swanky cars, hit-and-runs and absurd interviews. Those days should be over now. Indeed. Finally. He no longer wanted to rely solely on his talent, he confessed in early September 2020 after leaving Heart of Midlothian.

He finally realized that you need support, a lot of training, diligence and understanding. Also patience to make the right decisions. Almost two years and four clubs later, he is now with FC Zurich. It is the tenth club in seven years. But at least he's back on the bigger stage. In Zurich he signs for three years...

1 Austria: doctor commits suicide: threatened by opponents... 2 Elegance on two legs: Watching ostriches calms you... 3 "The one who explained the East": ZDF presenter... 4 Warentest and DxOMark winners: These are the best... 5 Study identifies "GNB3 TT": Gene variant... 6 Baden-Württemberg: High damage in house fire 7 Baden-Württemberg: Lucha opposes the medical profession... 8 UN chief warns of greatest nuclear threat since Cold... 9 "Slavery - the mildest and most humane of all... 10 At CSD in Stuttgart: Trouble about the song "Layla"... 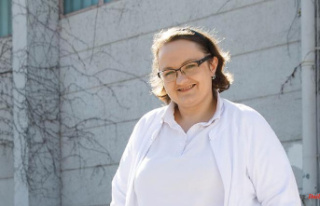