In the Utah Jazz, the Los Angeles Lakers go down mercilessly without superstar LeBron James and playmaker Dennis Schröder. 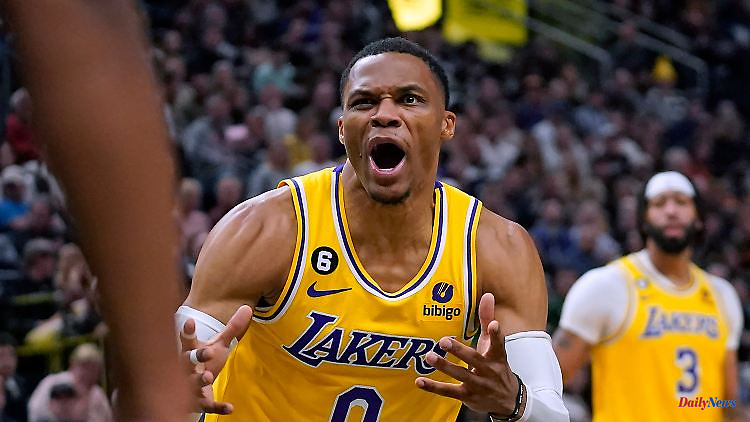 National basketball player Franz Wagner continues to be in excellent form in the NBA. The Berliner converted nine of his twelve throws from the field against the Houston Rockets and scored 23 points, but he was unable to prevent the 127:134 defeat of Orlando Magic in the basement duel. With two wins from eleven games, Orlando is tied with the Rockets as the worst team in the league.

The Los Angeles Lakers, who are still in serious trouble, are hardly in a better position. They lost 116:139 to the Utah Jazz without their superstar LeBron James (left foot injury) and still without national player Dennis Schröder (after thumb surgery). It was the eighth loss in ten games for the Lakers. Anthony Davies got 29 points, Russell Westbrook 22 points. In the Jazz, Lauri Markkanen (23) and Jordan Clarkson (22) were the most successful throwers.

The Milwaukee Bucks suffered their first bankruptcy of the season. Despite 25 points from superstar Giannis Antetokounmpo, the ex-champion clearly lost to the Atlanta Hawks with 98:117. Because the Cleveland Cavaliers gave up the win in the last few seconds in the 117:119 against the Los Angeles Clippers, the Bucks are still the best team in the league. The Cavaliers now have eight wins and two losses. Another personal highlight came from Steph Curry with his 47 points in the 116:113 of champions Golden State Warriors against the Sacramento Kings. It was only the fourth win of the season in eleven games for the Warriors.

It then got dramatic in the eagerly awaited cracker between the Dallas Mavericks and the Brooklyn Nets. Luka Doncic (best scorer of the season so far) won the first meeting of the superstars at the end of October against Kevin Durant (sixth best points per game) and Co. after extra time - and this time it remained exciting until the last second. After Durant was fouled on a three-pointer just before the end, the Nets star had an opportunity to equalize at 93-96. He easily converted the first free throw in the usual manner. It was his 62nd straight hit from the line. But then his series ended at the worst possible time, Durant put his second free throw onto the ring. He deliberately missed the third attempt to allow for a subsequent two-point shot, but Dallas trembled to a 96:94 victory.

Doncic was once again outstanding in the success, who, despite a miserable three-point quota this season (29.7 percent), has an average of 36 points per game. It was the same number of points against the Nets, making it their ninth straight game of 30 points or more in the season opener. A ludicrous performance, only the great Wilt Chamberlain managed more in 1962/63 (an incredible 23 straight games to start). National player Maxi Kleber contributed five points and rebounds each to the win against the Nets, who played without the further suspended Kyrie Irving.

Isiah Hartenstein had four points and six rebounds in his New York Knicks' 120-107 at the Minnesota Timberwolves. On the mammoth game day of the best basketball league in the world, all 30 teams were deployed one day before the midterm elections in the USA. There are no NBA games for this on election day itself. Many professionals wore t-shirts with the message "Vote". 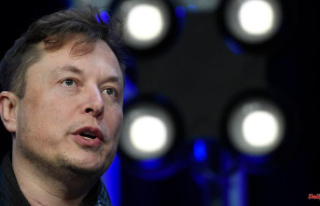 Traditional club on the market: Wild rumor: Will Musk...