Dynamo Kyiv wants victory for them: Champions League only thanks to Ukrainian soldiers

In the middle of the war, football suddenly comes up. 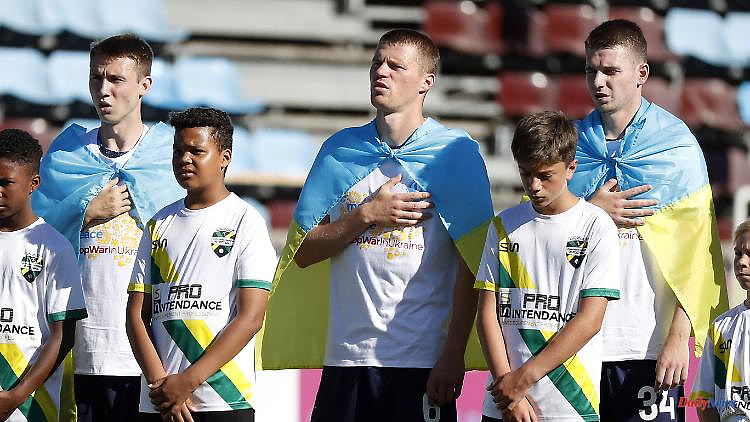 In the middle of the war, football suddenly comes up. Dynamo Kyiv will face Fenerbahce Istanbul in the Champions League qualifiers. The home game will be played in Poland. It is the first competitive game for the club in 221 days. The players think mostly of their soldiers.

While the war rages on at home, Ukraine's record champions Dynamo Kyiv are facing their first competitive game in 221 days. On Wednesday (8 p.m. CEST), the Ukrainian record champions will face Fenerbahce Istanbul in the second round of qualifying for the Champions League in Poland for the first time since the beginning of the war. The team also wants to win for their country.

"Of course we support our soldiers and the armed forces in Ukraine," said Kiev defender Oleksandr Syrota before the game: "We're only here because they make it possible. They're doing a great job. We hope we'll win for them. "Due to the uncertain situation around Kyiv, the first leg will be played at the Miejski Stadium in Lodz, Poland. The second leg then rises a week later at the Turkish runners-up in Istanbul.

Despite the circumstances, the mood within the team is good, "because we're playing in the Champions League," said the 22-year-old defender, expressing his anticipation: "We've prepared for it and I think we'll be 100 percent ready. "

But even during the game it was "difficult not to think about what was happening in Ukraine," Syrota admitted. Still, "we have to focus on Fenerbahce now." Because even without a lot of competition practice, the team of the Romanian coach Mircea Lucescu would like to reach the next round and keep dreaming of the group stage in the Champions League.

Since the beginning of the war and the associated termination of the league, Kyiv had kept fit with a few test and benefit games - such as in April at Borussia Dortmund or about a week ago against Olympique Lyon. "We still have a few days left. I think we'll be in perfect form. At least I hope so," said Syrota, looking at the qualification.

The competitive game premiere in the Champions League should only be the beginning for Ukrainian football. The league is scheduled to start again on August 23 despite the ongoing war attacks. 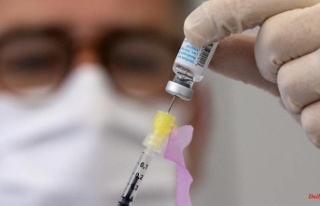