The game is not stopped, but it is not far away in the relegation second leg between Dresden and Kaiserslautern. 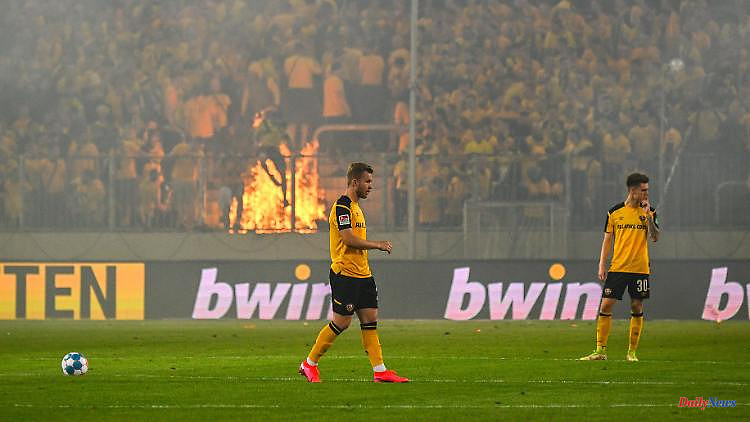 The game is not stopped, but it is not far away in the relegation second leg between Dresden and Kaiserslautern. There is even a fire in the K-block of the Dynamo supporters, after the sealed relegation, fans of the Saxons try to storm the stadium building.

When Dynamo Dresden's relegation was sealed, an eerie silence spread in the notorious K-Block. From time to time a flare flew onto the lawn, but the feared square storm did not materialize. After all. In the stoppage time of the relegation second leg against 1. FC Kaiserslautern, total escalation was still threatening when the mob raged and almost provoked the game to be abandoned with numerous fireworks.

The Dresden pros didn't face the fans in this tricky situation, they just disappeared into the dressing room without a word. "After a game like this, there is just absolute emptiness. The boys are crying, have negative emotions - nothing works anymore," said Dynamo coach Guerino Capretti after the bitter 0: 2 (0: 0) home defeat against the Reds Devil. He himself feels "sadness, disappointment, anger, everything is there".

Meanwhile, the Ultras presented themselves as bad losers, around 30 of them injured two folders shortly before midnight when they attempted to storm the stadium building. She is being investigated for breach of the peace. After stones were thrown at one of the shuttle buses on departure, investigations into property damage were also initiated. In addition, there is a suspicion of dangerous bodily harm because a rocket flew from the guest block to the south stand in the first half. But nobody was injured.

During the game, both fan camps repeatedly ignited pyrotechnics. After the second goal for promoted Lautern in injury time, referee Daniel Siebert interrupted the game for a few minutes because the home fans had thrown several flares onto the pitch, and two fires briefly blazed in the Dresden blocks. Away from these riots, there was a soothing realism in the leadership. There are "few arguments to say that you've done a lot right" when you're relegated from the second division, said sports director Ralf Becker, and coach Capretti admitted heavily: "In the end you have to say: it wasn't enough. "

If you don't win 19 games in a row, you probably don't deserve to stay up. Dynamo is - again - in front of a pile of rubble. It is highly unlikely that Capretti, who only replaced Alexander Schmidt in March, will be allowed to continue. Becker's future is also in question. In addition, the return to the third division after just one year will again lead to an XXL upheaval in the squad - with an uncertain outcome.

Central defender Sebastian Mai, who was injured against Lautern, at least signaled that he did not want to leave the sinking ship. "I want to stay here, no question - no matter what league," Mai said before Sky kicked off. It remains to be seen whether the club will accept this offer. A lot is currently uncertain, first it has to be clarified who has the sporting say in the 3rd division.

The Lauterer promotion coach Dirk Schuster, himself a native of Saxony, suffered in the hour of triumph with the black and yellow. "I would like to see Dynamo back in the second division soon," he said. FCK manager Thomas Hengen also showed some understanding for the fans' outbursts in the stadium, which their own followers were also responsible for: The pressure in the relegation was "not inhuman, but close to the limit". 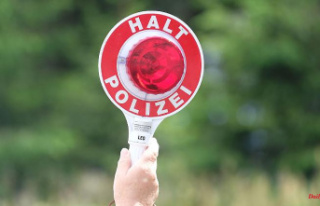