It's almost a tradition at major tournaments: guessing how good the Spanish team really is. 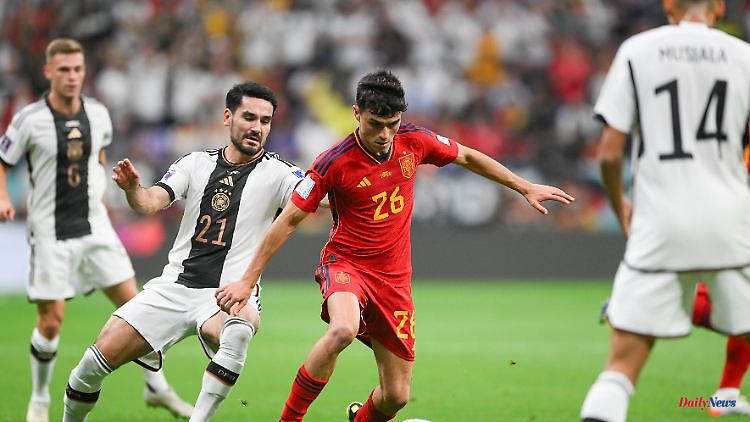 It's almost a tradition at major tournaments: guessing how good the Spanish team really is. At the latest, the desert World Cup in Qatar shows that both football nations, Germany and Spain, are facing very similar problems.

It is the main criticism of the Spanish pass machine: possession football is a pseudo-giant. All those scary numbers that Luis Enrique's short pass engine generated at the Qatar World Cup, on closer inspection, none of them matter. In the end, only the result counts. Never before has a team had less possession at a World Cup than Japan in the last group game. Spain dominated the game against the underdogs from Asia, constricted in their own half with their handball-like play. And in the end the Japanese won 2-1.

The same picture emerged in the round of 16 against Morocco. Spain rules at will. If you happened to only see the second half of the game, you might have thought that there was only one sixteen space on the field. The result is similar: Morocco hardly had any significant chances to score, but they are one round ahead - also because Spain failed (again) on penalties. The Spanish AS summed it up like this: "The game of 1000 passes bangs against a wall." What's the use of all the possession if Spain don't have an effort on goal?

It is a typical problem of such teams. Possession of the ball for the sake of possession also means that the teams play in a frenzy, fall into a kind of self-importance. For the Spaniards it was an almost over-the-top variant of the Tiki-Taka, for the first time they broke the sound barrier of 1000 passes in 90 minutes at a World Cup. But now the antidotes are common. "Morocco didn't offer anything at all - with all due respect. They didn't do anything during the game. They just waited for a counterattack. They just stood at the back and waited for a counterattack," Spanish defender Rodri reportedly complained after the game. Orderly and passionate defending can do it: Spain had the ball but didn't do much more for the game than Morocco.

At the DFB they know the problem in a modified form - especially since the former national coach Joachim Löw was always happy to be inspired by the Spaniards. For example at the 2018 World Cup in Russia: The Löw-Elf dominated the games, unlike the Spaniards they even created chances. Only rarely did anything count come out of it. Germany had the worst conversion of chances of any team in 2018. Loew later admitted that it was a misjudgment to rely on this dominant style. "It was almost arrogant," he said. In Qatar again: Germany (largely) dominated the games against Japan and Costa Rica and created usury chances, but in the end failed to score goals.

The DFB team is at least one step further than Spain. Because Luis Enrique's team was often unable to convert their dominance into scoring chances. Bono, Morocco's goalkeeper, was the hero of the round of 16 game but didn't really have much to do during the 120 minutes. Spain only had 13 shots on target, according to the Opta Franz statistics service only once in the first half - a Spanish low since at least 1966. For a long time it seemed as if they were looking for Alvaro Morata, the only classic center forward in the squad . But he was only substituted on in the 63rd minute.

It is a symptom of what often causes difficulties for such teams: What is missing is a plan B, a second idea, an alternative if the original idea doesn't work. Ex-DFB captain Michael Ballack also took stock of this on "MagentaTV" after Spain's loss to Morocco. "You can see that football isn't just about possession," said Ballack. "In possession football, if you adapt well to it, the other solution is missing. You can't just rely on one tactic." A national team in particular should be broader, they should be able to adapt, says Ballack.

Both teams, the DFB-Elf and Spain, are among the best in the world with their available player material. They would have the squad to position themselves variably. Spain may even have the best technical midfield of the tournament, with two world-class youngsters Pedri and Gavi and Barça veteran Sergio Busquets. However, their dominant style of play brought neither of the two footballing nations much success. The German results are well known, since Spain won the World Cup in 2010, they have not progressed beyond the round of 16 at any tournament - with the exception of the European Championship last summer. There the team reached the semi-finals and failed on penalties at eventual European champions Italy.

In Qatar, fiercely defending Morocco also played their part in Spain's elimination. Central midfielder Sofyan Amrabat, in particular, cleaned up in front of his own back line, won duels and repeatedly disrupted the Spanish pass engine. The Spaniards have already shown at this tournament that this machine can always be dangerous for their opponents. Their opener, the 7-0 win against Costa Rica, was a lesson in why possession football was once feared: the underdog from Central America didn't have a shot of his own and had absolutely no chance. The Spaniards also had many chances against the defensively vulnerable Germany, which did not unite itself.

And now? At the World Cup, a trend is emerging before the start of the quarter-finals. The teams that play "nicely" but are all the more sluggish are not successful. The best examples of this are Louis von Gaal's pragmatic Dutch defensive football or Brazil's fireworks display against South Korea. Fast and direct to success instead of holding onto the ball for a long time. Spain can do that too, they even showed it against Morocco. With the 20-year-old Nico Williams, coach Luis Enrique switched the game significantly more speed on the wings. When the highly talented Spaniards started throwing long balls into their game towards the end, they suddenly had more chances.

Both football associations, in Spain and Germany, are now facing landmark decisions. How do you want to play in the future? Since the departure of national team manager Oliver Bierhoff, everything at the DFB has been put to the test. Luis Enrique's contract in Spain expires at the end of the year. He himself was convinced of the Morocco game. "We dominated the game," he said. "I'm more than happy with my team, they implemented my theory and my style." As the "Süddeutsche Zeitung" reports, the Spanish association is also looking for alternatives. One of them is said to be the clubless Marcelino García. He stands for fast changeover football. 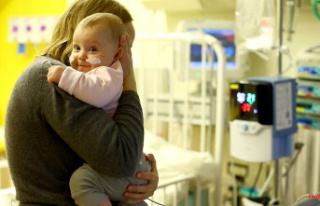