End of the slapstick theater: Leipzig gives Eberl more power than ever before

Oliver Mintzlaff has been promising for months that he will soon present a new sports director at RB Leipzig, but he regularly breaks these deadlines. 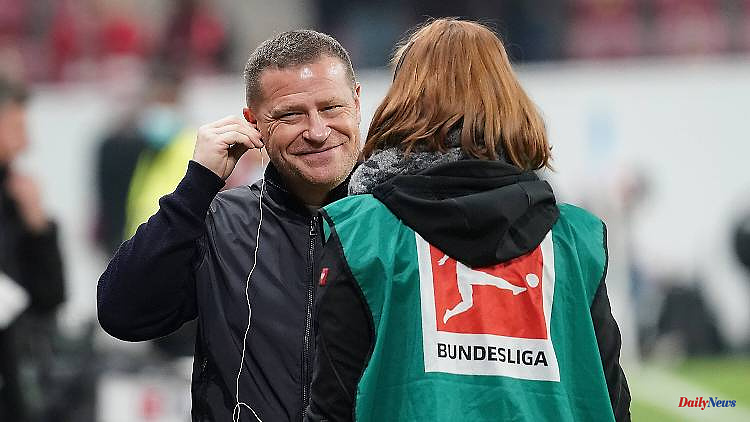 Oliver Mintzlaff has been promising for months that he will soon present a new sports director at RB Leipzig, but he regularly breaks these deadlines. Now it finally works with the new signing. Max Eberl comes to the Bundesliga club from Borussia Mönchengladbach with a marketing assignment.

At Borussia Mönchengladbach Max Eberl should finally be through, at RB Leipzig he is welcomed as a savior with open arms: The 48-year-old decided against the old football out of tradition and co-determination and chose the cup winner from Saxony with a marketing order joined as the new head of sport. His new employer is keeping the term of his contract a secret, but not his taking office: Eberl is the powerful managing director of sports from December 15th.

Eberl is now returning less than eight months after voluntarily leaving the Bundesliga. And the choice of his new employer could hardly have been more contrary to his former club. Eberl was lured with more power than any head of sports in the Leipzig Bundesliga structure. He will act on an equal footing with Managing Director Oliver Mintzlaff. And he should use significantly more money than on the Lower Rhine to make his personal title dreams come true.

"I'm grateful for the time I needed to recover and I feel ready and full of energy to want to work in football again," Eberl was quoted as saying in an RB message. He is now coming to a club "that has developed rapidly in recent years, is very ambitious and has a clear football philosophy".

Leipzig had lost this philosophy in the past year and a half. After the departure of Julian Nagelsmann, Jesse Marsch wanted to return to the RB DNA with aggressive pressing and fast switching. That went horribly wrong, and so a coach was installed in Domenico Tedesco, who won the cup by winning the first title, but played an unspectacular ball, to put it mildly.

The club corrected this development a week and a half ago with the appointment of coach Marco Rose. A logical step, since Eberl had long been clear. Rose not only grew up as a coach in Leipzig and in the RB cosmos, but also worked with Eberl in Mönchengladbach for two years. Just two days after Rose drew 3-0 with RB in Gladbach and got bad insults from the foal fans, Eberl's commitment is perfect. Leipzig should have to pay 2.5 million euros plus bonuses because the manager's contract in the west ran until 2026 and was only on hold.

Eberl's wish was met with the termination of the contract, said Mönchengladbach's managing director Stephan Schippers, who also emphasized the "good and fair talks" with Leipzig. RB managing director Oliver Mintzlaff was pleased to be able to fill the vacant post "with our absolute dream candidate".

In truth, the commitment of the ex-professional closes a gap that has existed for more than a year and at the same time ends a theater reminiscent of slapstick about the search for the sports director. Mintzlaff had repeatedly announced a successor to ex-sports director Markus Krösche and was unable to keep to the time frame he had set himself. The ex-athlete had promised a 1A-Plus solution, an international man who would enrich the Bundesliga. The club had already agreed with a candidate in the summer, but canceled it due to an alternative that was available at short notice.

This alternative was Eberl, with whom there was the first serious contact after the cup final. Eberl had the sporting say in Mönchengladbach for more than 13 years. During this time, Gladbach managed to establish itself as a regular participant in the European Cup. However, Eberl's ambitions to become a serious challenger to Bayern Munich in the championship could not be reconciled with the general conditions in Gladbach. Again and again top performers left the club.

The economic possibilities of Leipzig are significantly greater than at Borussia. However, RB failed to start the season. In the Bundesliga, the team is stuck deep in midfield, in the Champions League they lost the first two group games. Eberl will hope that the situation will be different when he officially starts work.

1 North Rhine-Westphalia: ATM blown up: thousands of... 2 North Rhine-Westphalia: After a cool Tuesday, it will... 3 Saxony-Anhalt: 54-year-old dies after a table fireplace... 4 Hessen: Individual showers, fog and ground frost in... 5 North Rhine-Westphalia: Corona incidence in NRW still... 6 Bavaria: "Not funny": Police are investigating... 7 Crime on the Internet: Will Telekom and Co. soon have... 8 Kalani David was 24: World-class surfer dies after... 9 Weapon with silencer found: one dead and two injured... 10 Durable and economical: A good washing machine is... 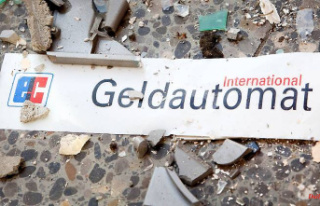