Endurance test against Iceland before the World Cup: DHB team gives away victory far too carelessly

The DHB team messed up the first of the double dress rehearsal against medal candidate Iceland: After a comfortable lead thanks to an offensive in goal mood, the national handball team, which dominated for long stretches, collapsed very late. 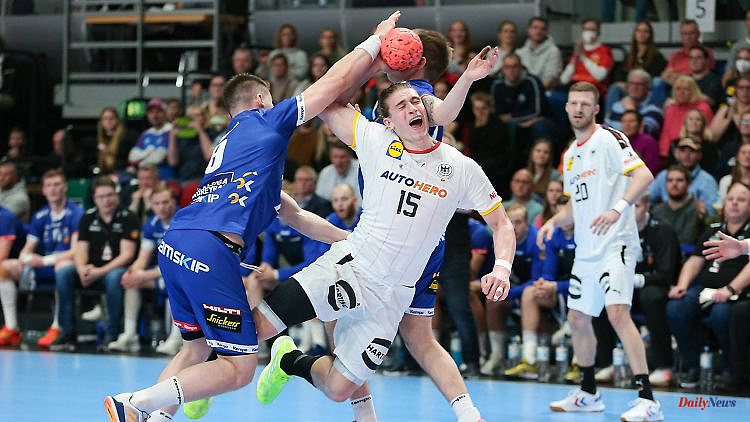 The DHB team messed up the first of the double dress rehearsal against medal candidate Iceland: After a comfortable lead thanks to an offensive in goal mood, the national handball team, which dominated for long stretches, collapsed very late.

Mood dampener against the secret favourites: Germany's handball players gambled away a valuable victory on the home straight in the penultimate World Cup endurance test. The team of national coach Alfred Gislason lost to Iceland on Saturday 30:31 (18:14) and gave up a temporary six-goal lead six days before the start of the World Cup.

Gislason saw a "very, very good game for a long time," "it's annoying that we're giving it away," he said on ZDF. Playmaker Juri Knorr and captain Johannes Golla were the best throwers for the selection of the German Handball Federation (DHB) in front of 8872 spectators in the sold-out Bremen ÖVB Arena with six goals each. The team played consistently for a long time, but then lost the thread due to personnel changes. However, Gislason did not want to use this as an excuse. "If you miss very clear chances, it's not because of the system or the changes," said the coach, who also sees room for improvement in the conspicuous Knorr: "He makes a very good game for 40 minutes, but he also makes expensive ones Mistakes. He's a young player."

The Gislason team is already testing again on Sunday (3:30 p.m./zdf.de) in Hanover at the dress rehearsal for the tournament in Poland and Sweden (January 11 to 29) against Iceland, who finished sixth at the European Championship. The team will then move to the Barsinghausen sports school for final preparation, with departure for the preliminary round venue in Katowice on Thursday.

Gislason had repeatedly described his compatriots as "secret favorites" for a World Cup medal. And in the first encounter with his home country as national coach, the 63-year-old saw at first how "his Isis" got off to a strong start. The guests from the volcanic island punished German mistakes in the offensive at the beginning ice cold. After the first DHB hit by Philipp Weber after about four minutes, the German game stabilized. The cover for Andreas Wolff initially had problems, especially with Gisli Porgeir Kristjansson from Magdeburg. But on the other hand, Germany was becoming more and more dangerous. Patrick Groetzki scored the first lead at 7:6 (12th).

Knorr, who has had a fantastic Bundesliga season with the Rhein-Neckar Löwen so far, often found playful solutions in the playmaker position with a good overview - and if not, he completed it himself. The defense also adapted better and better to the Icelandic game. The reward: A four-goal lead that Germany successfully brought through to the break. "Juri took the reins and staged the others well," praised DHB sports director Axel Kromer at the break on the ZDF microphone.

Gislason, Iceland's national coach from 2006 to 2008, tried a lot. In the inner block, Golla, shooting star Julian Köster and Simon Ernst rotated through. All in all, the defense wasn't perfect, but it was already very decent. Even when Iceland reduced to a goal immediately after the restart, the DHB selection initially kept a cool head - and hit back strongly: Rune Dahmke increased from left wing to 23:17 (41st). Gislason now brought the "back-ups" Joel Birlehm in goal and Luca Witzke in the middle, now the German game became more uncertain, Iceland took advantage of this ice-cold and passed.

The far too carelessly playful leadership is a damper for the DHB team, but thanks to the dominant performance it can certainly hope for a successful World Cup. In Poland, Germany will meet Asian champions Qatar in preliminary round group E on Friday (6 p.m. / ZDF). Other opponents in the battle for the main round are Serbia on January 15th and Algeria on January 17th.

1 "Won't give up Yann": summer move to... 2 52-year-old killed in Berlin: fatal attack: 34-year-old... 3 Eminem knows: 50 Cent is releasing "8 Mile"... 4 FA investigates in England: Lampard mocked as a "hustler... 5 Group photo at the bedside: Jeremy Renner thanks hospital... 6 Royal expert on revelations: Prince Harry is 'clearly... 7 Back into the fitness routine: the best tips for more... 8 Protest against the new government: Demonstrators... 9 "The icing on the cake": Wagner boss: Want... 10 One hundred, please: When the Chinese restaurant came... 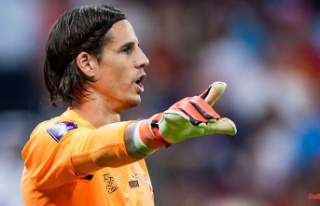