Kevin Schade caught the eye of national coach Hansi Flick in the first half of last season. 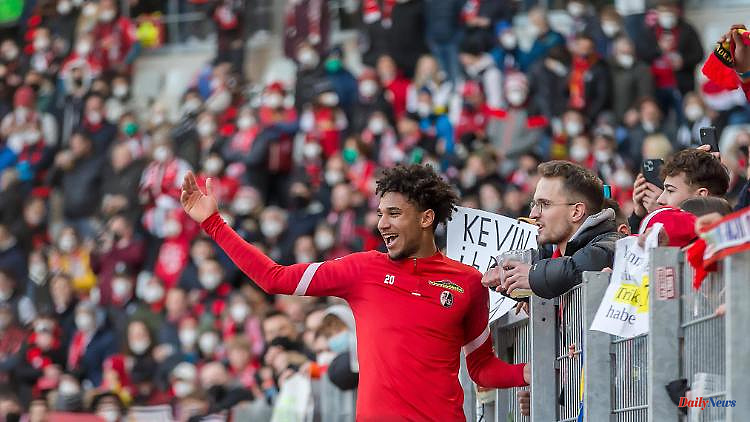 Kevin Schade caught the eye of national coach Hansi Flick in the first half of last season. Even if the young professional from SC Freiburg is throwing back an injury, interest in him is huge. Liverpool asked about him, another club is already ahead and bidding for him.

After just 21 games and four goals in the Bundesliga, Kevin Schade has suddenly caught the eye of the top clubs in the English Premier League. The player, who is under contract with DFB Cup finalists SC Freiburg, has not played a game since the beginning of March, but the betting has long since started.

The Under-21 international is one whose future is being wagered on. The fastest German Bundesliga professional last season could skip a step and move directly from Breisgau to the promised land of world football. The Premier League is the place of longing for many young talents who want to compete with the best players in the world.

The 20-year-old from Freiburg is one of these promising talents from the second tier of German football, one of those players who have only been able to hint at their skills so far. He had already annoyed the defenders of Borussia Dortmund with his speed on his debut in the Bundesliga at the end of August 2021, and then played his way to the fore in the first half of the season with appearances, mostly as the first substitute.

He was also so strong with the U21s with three goals in his first four games that even national coach Hansi Flick had him on the bill. Fast, strong in the air and dangerous in front of goal, as well as versatile. Attributes that characterize Schade and even put him in the focus of national coach Hansi Flick in November 2021. "Kevin is a very great talent, capable of learning. Kevin is fun, he's an interesting player with great skills," said Flick's assistant coach Hermann Gerland at the time.

It hasn't worked out with the national team so far, but his attributes and his talent brought the native of Potsdam a contract extension in Freiburg last autumn. Even then there was interest from England and the Bundesliga.

Because players like Schade, who are one step below BVB newcomer Karim Adeyemi in terms of transfer fee, are in demand, they are a bet on the future at affordable prices. If the career does not go uphill steeply, it is not a disaster for the receiving club. And if things turn out differently, at some point payday will be announced.

It is therefore not surprising that the attacker has once again been targeted by a number of clubs in the English Premier League. An offer from the London club FC Brentford is known, and it is said that they are not discouraged by refusals. SC Freiburg has rejected an initial offer of 15 million euros, but will have to deal with more in this transfer phase.

The salary offered to the player moves in categories that can definitely be described as "unreasonable". Money that is not offered in the Bundesliga. In addition to Brentford, at least one top Premier League club has also expressed an interest in Schade. According to information from England, it should be Liverpool FC.

Even in the Bundesliga, the fast striker does not fly under the radar of the scouts of the top clubs. Bayern Munich isn't there yet, but the other three German participants in the Champions League are showing concrete interest in the U21 national player who has so far been considered unsaleable in Freiburg. Its management declined to comment on the rumours. "Kevin is a super interesting player," says his advisor Maik Barthel, but also points out that Schade has not been on the pitch since the end of February.

The 20-year-old injured himself while warming up at the game in Leipzig in early March and has been suffering from an abdominal muscle injury that recently even required an operation. "We have to make sure that we get his statics optimal. Even before his injury, he had muscular problems where certain muscle groups could not be controlled," explained Freiburg coach Christian Streich last week and left the talent's return to training open .

"We now have to do a few things that are important for his career," he had said: "We have to get him stable enough that he can play Bundesliga games again." And of course games in the UEFA Europa League for which SC Freiburg has qualified.

A club like Brentford, who finished last season in 13th place in the Premier League, cannot offer that. There, however, Schade could adapt to the requirements of the best league in the world. Sometimes it even works. Sometimes, however, the players also disappear into obscurity. Just like Josh Sargent.

The US international joined Norwich City last summer at the age of 21 from Werder Bremen, who was relegated at the time. There he was only able to score two goals in a failed club campaign. At the end of the season, the Canaries went down to the Championship, the second English division. His place in the US World Cup squad is more than at risk.

However, the case of 24-year-old Vitaly Janelt shows that, and this could be of interest to Schade, it is precisely in Brentford that you can mature into a veritable player in the Premier League. The former Under-21 international made the leap to the then Championship club in 2020 and has since played well in the Bees' central midfield. He was one of the great discoveries of the past season, scoring goals against Liverpool and Chelsea.

"For me, the Premier League is the ultimate," he said in an interview with "Sportbuzzer" in May: "I'm not planning to leave here at the moment." And when asked about his DFB ambitions, he calmly added: "I'm not someone who worries about the national team all the time. My goal for the coming years is to play in the Premier League and keep improving. I just want to do my thing."

I do my thing, no matter what the others say. That could also be the way for Kevin Schade. After only 21 Bundesliga games and four goals. 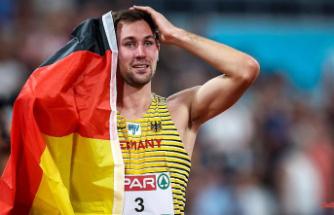 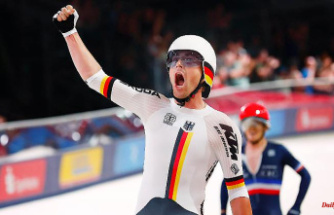 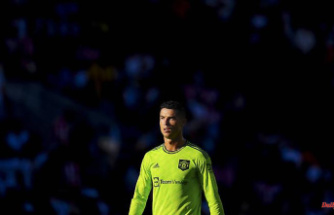 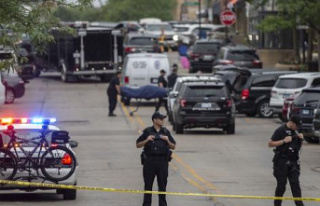 Shooting near Chicago: Gunman 'For weeks'...