Entertaining lightning start: Bundesliga catapults itself back into fan hearts

Well-deserved night currywurst for the victorious Bayern, nasty scolding for the disaster Hertha and a Cologne coach who inspires football fans with his honest, open and direct manner. 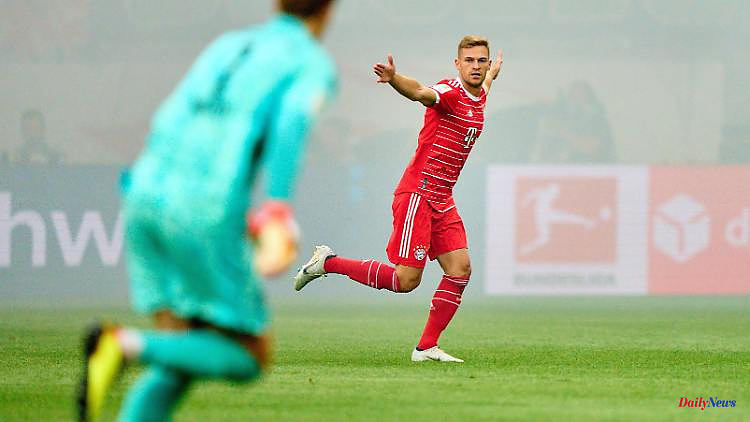 Well-deserved night currywurst for the victorious Bayern, nasty scolding for the disaster Hertha and a Cologne coach who inspires football fans with his honest, open and direct manner. The first day of play whets the appetite for more. The Bundesliga got off to a lightning start.

When Joshua Kimmich and some of his teammates fortified themselves with a currywurst after a short visit to the discotheque at 3.12 a.m. early on Saturday morning, the new Bundesliga season was only seven hours old - but it had already got off to a very spectacular, entertaining and, above all, promising start. And the man with the number 6 at FC Bayern Munich was particularly involved in this lightning start.

Because his magic törchen in the fifth minute of the opening game at Eintracht Frankfurt whetted the appetite and anticipation of an eventful and spectacular Bundesliga season right from the start. All the more remarkable, however, that the league followed suit the very next day with a series of different headlines. The games are on - and seem to promise a season that will obviously be anything but boring.

Anyone who switched on the receiver for the first game of the new season at 8:30 p.m. on Friday evening couldn't help but smile with satisfaction, especially in the first half - unless you stuck with Frankfurt's Eintracht. However, last season's European Cup winners also made a significant contribution to the success of the game and were not nearly as hopeless as the result actually suggests.

But Bayern's impressive wave pool tactic, which thwarted almost every attempt by Eintracht to play out in an orderly manner from behind, will drive many other opponents to despair in the coming months. But this season there will again be teams that will defeat FC Bayern Munich. At the moment, very few people can probably imagine it, but the sensation will then be celebrated all the bigger and more emotionally.

The complete opposite of the record champions is currently Hertha from Berlin. Actually, one had assumed that the last catastrophic season would not be beaten, but at the moment it looks like the famous "old lady" only has one more radical makeover will help to get back on its feet. In any case, Hertha's path will be interesting. In particular, the exciting personality of Kay Bernstein as ex-ultra in the post of president will always make headlines. The story has Hollywood potential because it's the first time it's been told in 60 years of the Bundesliga - and the outcome is completely open.

Away from the green turf, Hertha always has a lot to offer, at the latest with the entry of investor Lars Windhorst and the short-term commitment of diary trainer Jürgen Klinsmann. It will now be interesting to see whether the sporting situation will stabilize again this season. To put everyone at ease: Borussia Mönchengladbach was already a new championship favorite for many observers after the first game of the 1998/99 season, when they beat FC Schalke 04 3-0 at home. In the end, they were relegated without a word – and the Royal Blues landed safely in midfield. Note: Firstly, nothing has happened after just one encounter and secondly, it usually turns out differently than you think.

And while we're on the topic of the foal team from the Lower Rhine: Quite a few experts saw the future for Borussia as rather bleak before the first matchday. Now, after the 3-1 win against TSG Hoffenheim, there are quite a few people who are already praising Mönchengladbach's new coach Daniel Farke. It can go so fast. So you can see: It's going to be a long, beautiful and, above all, exciting season.

And Cologne's coach Steffen Baumgart knows that too, who fortunately often doesn't turn his heart into a murderer's pit, as he proved once again at the weekend when he quite clearly - albeit indirectly - criticized Borussia Dortmund and Sebastian Kehl. Understandably. Because the fact that Anthony Modeste's move from the Rhineland to the Ruhr area was made public before Cologne's game against FC Schalke 04 certainly caused some unrest at FC.

Later on the pitch, however, the royal blues had to contend with a number of diffuse adversities. On the green lawn everything actually looked quite tidy - but in the famous "Kölner Keller" the red and white glasses had probably been put on a little too obviously that day.

But back to Steffen Baumgart and the prospect of a long, intense season. When the FC coach was asked by the hostess at "Inas Nacht" recently if he would sing on stage at her concert in Cologne in October, Baumgart answered very wisely and farsightedly: "In front of so many people? I have to see where we'll be. If we're at the top, then yes! If we're at the bottom, things will get tight...". The man understood football - and is certainly one of the reasons why the Bundesliga has made its way back into the hearts of the fans with this first matchday of the 2022/23 season. 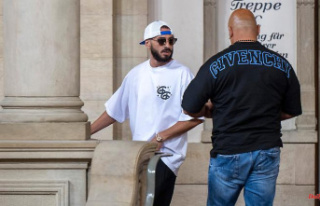 Court imposes a fine: Shindy is silent in the Bushido...