Enthusiasm after Hütter frustration: Borussia relies on the "perfect" coach

After a season of misunderstandings under Adi Hütter, Borussia Mönchengladbach wants to attack again with a fresh coach. 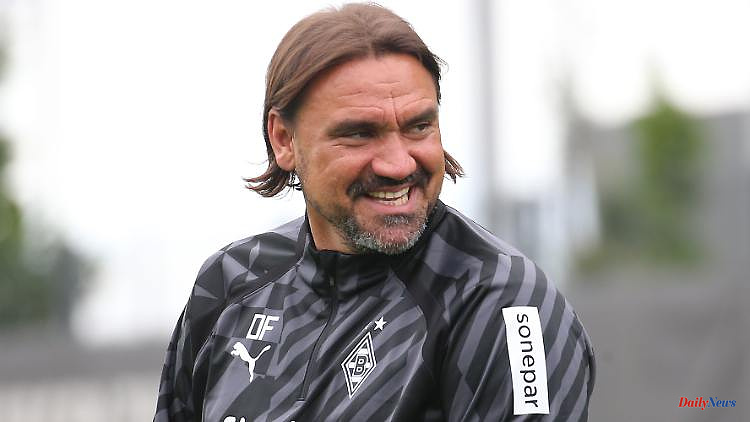 After a season of misunderstandings under Adi Hütter, Borussia Mönchengladbach wants to attack again with a fresh coach. The 45-year-old Westphalian Daniel Farke stands for ball possession football and should awaken euphoria around the Borussia Park again.

Christoph Kramer is enthusiastic. After a frustrating season at and with Borussia Mönchengladbach, everything should now be better for the "Elf vom Niederrhein." Trigger for the new, well, euphoria: Daniel Farke. "The coach is good. I notice it in the training sessions, in his speeches, how he takes us along. What kind of football he wants to play," is how Kramer expressed his first impressions of the new coach. The return to possession football is good for the team. That is the unanimous opinion in Gladbach and at the same time a dig at the crashing failed predecessor Adi Hütter.

But tenth place and the weakest season in eleven years are in the past. With Farke and sports director Roland Virkus, who took office in mid-February as the successor to Max Eberl, new energy should be released. "It was important to press the reset button," summarized leading player Kramer after only a few days in the training camp. Farke, who was once responsible for BVB's offspring, last worked for only two months at the Russian first division club FK Krasnodar, but canceled his contract after Russia's attack on Ukraine - without a single competitive game as a coach.

Farke will not only be remembered forever for his more than four-year tenure at Norwich City (2017-2021). The fans commemorated him with a mural showing his likeness on a house in Norwich. His high-press, high-possession style of play has been dubbed "Farkeball" by Canaries fans. He doesn't want to move away from this style in Gladbach either: "Borussia Mönchengladbach has always stood for playing with possession. Creative, with combination football. I find myself there very much. I have a very good feeling that it fits," said Farke at his first press conference in Borussia Park.

But what were the key elements in Farke's era at Norwich? He gave the team a new identity and consistently implemented his idea of ​​the 4-2-3-1 system with intensive, high pressing - even though his debut season ended in 14th place in the second English division. Farke's style featured two attacking full-backs who provided the width needed for the three attacking midfielders to push inwards. In 2018/19, Norwich were one of the teams with the most possession and were promoted to the Premier League. Despite the immediate relegation, even Manchester City's star coach Pep Guardiola raved about the Canaries' possession of the ball.

Farke managed to regain promotion to England's top flight in 2021 but his tenure ended in early November after over 200 competitive appearances on the Norwich City touchline. The club's transfer policy - key players of the "Farkeball system" were handed over - no longer suited the football that Farke had established over the years. The cooperation between Gladbach and Hütter was also not suitable. Already under the Austrian, Borussia should return to the possession-oriented game - a fallacy. As Hütter just found on "Servus TV": "Then you also have to get a ball possession coach."

Daniel Farke could now face the same dilemma. "We need a good summer of transfers. No question," he said in his inaugural speech. The summer in question is still long, but so far not much has happened in terms of personal details: apart from Matthias Ginter, Gladbach has hardly given up a player, but there are only two names on the shopping list: defensive midfielder Ko Itakura, who was on loan from Manchester City knew how to convince in central defense at Schalke 04 in the previous season. And the 18-year-old central midfielder Oscar Fraulo from FC Midtjylland, who should be considered a prospect. However, there are still a few notable departures, including strikers Breel Embolo, Marcus Thuram and Alassane Plea. There are also rumors about goalkeeper Yann Sommer. The Swiss would be a loss that could hardly be overcome.

Farke does not want to lose too many words about his goals. Don't raise too many expectations. The first step should be for everyone in Gladbach to pull together again. Courage, empathy and loyalty are important attributes for the trainer. If then one or the other newcomer for Farke's game idea is presented, a new basis should be laid at Borussia Park. One of the most important tasks: The native of Westphalia has to restore a healthy balance between offense and defense: 61 goals conceded in the previous season were the third-highest value in the league and for the foals a flood of goals conceded since the 2010/11 season. Whether possession football or not - the foals want to play attractive and successful football again. Farke has already achieved a first change of mood. 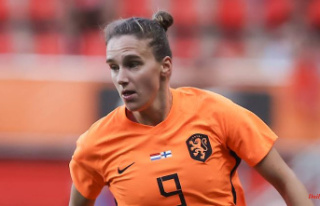