Nick Kyrgios achieves the unthinkable, for Rafael Nadal it is almost a habit: reaching the semi-finals in Wimbledon. 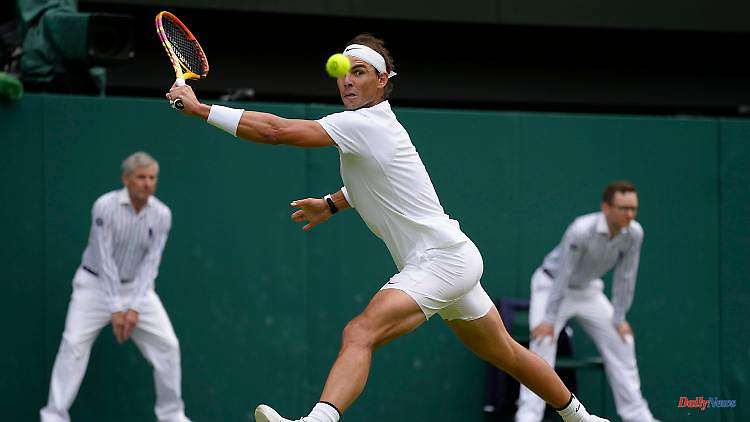 Nick Kyrgios achieves the unthinkable, for Rafael Nadal it is almost a habit: reaching the semi-finals in Wimbledon. The Spanish tennis superstar has to fight hard against Taylor Fritz. Even against your own body. Now the surprise of the tournament awaits.

Rafael Nadal gritted his teeth, the agony of the impact distorted his features. But nobody can endure suffering on a tennis court as well as the Spaniard. In a Wimbledon drama over 4:21 hours, Nadal won the fight against himself and the American Taylor Fritz. After the 3: 6, 7: 5, 3: 6, 7: 5, 7: 6 (10: 4) he can continue to dream of historical deeds. "Something is wrong in the abdominal muscles," said Nadal: "There were moments when I thought I couldn't finish the match." He hopes to be "ready to play" in the semifinals.

Nadal is still two wins away from the third major title of the season, and the historic calendar Grand Slam is getting a little closer. But the next opponent is tough: Nick Kyrgios, who had previously inflicted a painful defeat on Nadal at the All England Club, finally fulfills the promise of his unique talent.

"I never thought I would make it into a Grand Slam semifinal, I thought the train had left," said Kyrgios after the 6: 4, 6: 3, 7: 6 (7: 5) over the Chileans Christian Garin. The whirlwind surrounding the legal dispute in his home country of Australia did not burden him, he said. He didn't want to say more - or he wasn't allowed to on the advice of his lawyers.

As it became known on Tuesday, Kyrgios is being summoned to court on suspicion of an assault in a "private relationship". But before that he will play in Wimbledon on Friday for the final against Nadal. Like in 2014, when he sensationally prevailed in the round of 16. Or like in 2019, when Nadal got revenge.

This year, Kyrgios seems primed for the blockbuster that Wimbledon fans had been waiting for and which Kyrgios claims will be 'the most-watched match of all time'. But this time Nadal is worried, although it is not his chronic foot problems that accompanied him before the triumph at the Australian Open and on the way to the title in Roland Garros. This time it's an abdominal muscle injury.

In the first set, Nadal writhed in pain, took a break from treatment in the second - and equalized. His serves had lost 30 km/h speed. The drama continued, Nadal struggled with all his experience in the fifth set - and kept his nerve. Rod Laver watched the spectacle from the Royal Box at Center Court.

The Australian has so far been the only professional tennis player to win the four most important tournaments in one year (1969). Nadal still has the chance to do so. He retaliated against Fritz for the spring defeat at Indian Wells. Back then, he had lost the final after 20 wins in a row, plagued by a broken rib that forced him to take a six-week break. Only in the clay court season did Nadal come back.

1 In Russian custody for months: Biden wants to bring... 2 Cam Newton will likely be fired by the Panthers, or... 3 1.25 million people watch the USFL Championship game 4 How to Find the Best Vacuum Deals on Amazon Prime... 5 The democratic world can achieve energy independence... 6 Haute-Savoie. A fawn killed by a stray dog in Saint-Martin-Bellevue 7 Loir et Cher. After a fatal argument about a "sum... 8 Inquest into the death of a trainee pilot from Suffolk... 9 Honorary degrees awarded to Thai cave rescue divers... 10 Chris Pincher was accused of assault by police 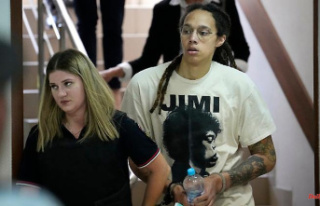 In Russian custody for months: Biden wants to bring...