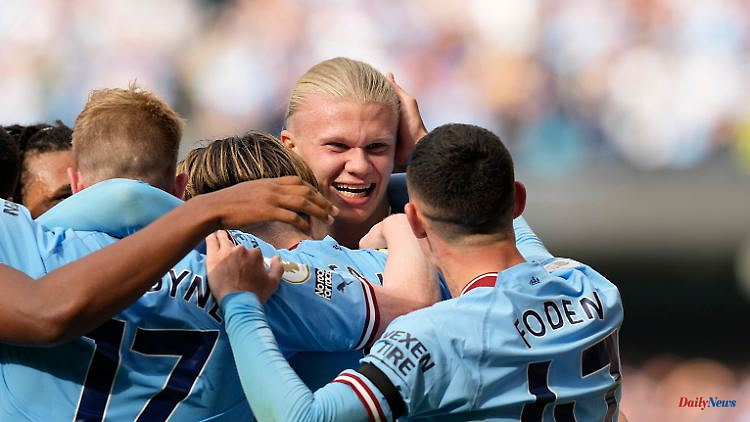 There's Cristiano Ronaldo and there's Erling Haaland. One is the game's past and the other is long gone: the Norwegian is football's present. And he's damn good. Real Madrid already want to sign him. A wild fight begins.

Erling Haaland: No name is more exciting in the world of football right now. The former Borussia Dortmund striker has made the Premier League his playground. He has scored 14 goals in eight Premier League games for Manchester City, including three hat-tricks at home. Nobody can stop Haaland. He achieves the greatest things with just a few touches of the ball.

With just a few touches of the ball, he also lets his teammates work. Because, according to tradition, they sign on the ball, which the players can take home for their goalscoring. "I signed more balls for you than contracts," Haaland teammate Aymeric Laporte is said to have written on the ball after the 6-3 win over Manchester United, the Times reported.

With 30 league games remaining, he is just nine goals away from last season's record. Last year's top scorers Mo Salah (Liverpool) and Heung-Min Son (Spurs) are only chasing after them and can't even use the legendary Hoeneß binoculars anymore. Haaland ran away long ago. A goal every 48 minutes, England captain Harry Kane is powerless. The Tottenham star has seven goals. He needs 101 minutes for a goal. This is not serious competition.

The Premier League doesn't have a Robert Lewandowski, so a man who can keep Haaland in check. And Manchester City is very likely a few classes better than Borussia Dortmund. The passes come with new precision, the dominance of his team is mostly overwhelming. That's where it gets a little easier. Because Haaland is so good, he makes everyone dream. So does Real Madrid, who are already hoping to sign him in the summer of 2024 for a fixed fee of between 180 million and 200 million euros. Loyal ntv.de readers remember: We already reported last week in one of our Haaland updates.

What's new now: As the Spanish newspaper "Mundo Deportivo" claims to have found out, Manchester City should have no interest in it at all. Not surprising when you look at the records that Haaland clears week after week like the customers in the discounters did with the toilet paper at the beginning. He set a new league record with three hat-tricks in consecutive home games. No one in Premier League history had done that before.

But City doesn't want Haaland to break all records and then just move on. According to Spain, they want to negotiate a contract with the Norwegian, extend his working paper, which runs until 2027, in order to buy the clause from him. That would also mean: The allegedly 430,000 euros per week or over 22 million euros per year or over 100 million over the entire contract period that Haaland is currently earning at City would be topped again. And make the 22-year-old the absolute top earner.

Which in turn could concern the Norwegian magazine "Kapital". They had only recently calculated that, according to "conservative estimates", Haaland should earn around 500 million euros from contracts and sponsorship revenues over the course of his career. Never before had "a Norwegian attained such wealth in such a short time," they wrote. A new contract could only increase this wealth.

But it is important to stay on the field and we will be able to witness new great deeds there in the evening. Then Manchester City receives FC Copenhagen in the Champions League. In the premier class he has scored 26 goals in 21 games so far. Never has … Oh, let's leave it. 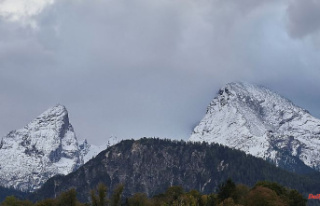