The whole of Frankfurt is upside down because of Mario Götze. 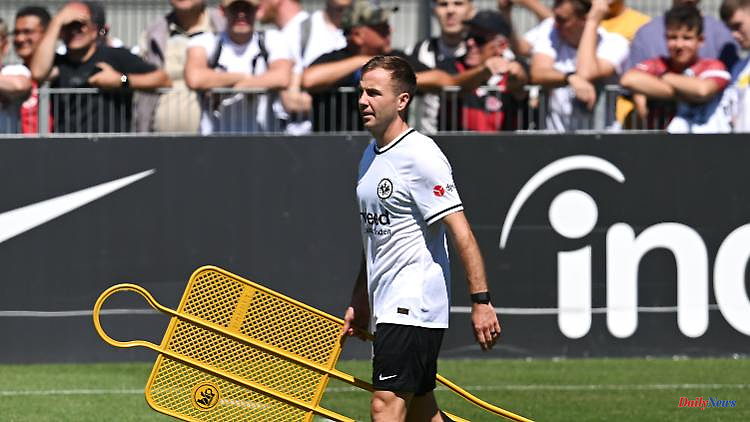 The whole of Frankfurt is upside down because of Mario Götze. National coach Hansi Flick reports, 1000 fans visit his first training session and see that the Rio world champion is directly ahead. Götze has to meet high expectations again - but he has learned.

Europa League win. Champions League participation. Mario Götze. Some people in Frankfurt still can't believe their eyes and ears when they think of these superlatives, which were absolutely unlikely at Eintracht a few years ago. But now the latter is also a reality incarnate. The Rio World Champion, the man who scored the golden goal against Argentina, is back in the Bundesliga. At unity.

Of course, Mario Götze is the first to enter the Frankfurt training ground in the morning. Make a sign right away. Precede. "I want to be an example for the younger players and to be on hand with advice and action," said the 30-year-old at the subsequent introductory press conference. "I like to lead the way, but more on the pitch than with words."

Götze seems relaxed, self-confident and inwardly calm, he answers clearly and in short sentences. The teenage world champion, who some may still remember, left the Götze body and was traded in for a seasoned professional with experience abroad. Probably no longer against someone who is "better than Messi" (ex-national coach Joachim Löw quotes Götze when he was substituted on in the 2014 World Cup final), but against a quiet leader who can handle the pressure for the Champions League -Can handle the hype in the Main metropolis.

Götze is still treated as a kind of messiah in Frankfurt. At the first public training session since the Corona pandemic, 1,000 fans gathered around the new offensive artist and the rest of the professionals. These Frankfurt supporters - Götze never misses a chance to point this out several times - also played an important role in his decision-making. "The overall package convinced me," he explains his move. "The sporting development, the stadium, the fans, the league." The former Dortmund player and Bayer 04 later praised the "great synergy with the fans", which would have helped Eintracht achieve special performances, especially in the Europa League.

Oliver Glasner tried the day before to step on the euphoria brakes with humor: "Mario Götze is not that big. A little over 1.70. Lucas Alario is a much larger transfer," the coach replies when asked if he would have been surprised about the "big transfer Götze". But the media crowd and the expectations are huge in Frankfurt. "I see the great attention as appreciation," says the former international at his performance. "But my focus is on the club. I'm excited about the league and the upcoming challenges."

In addition to the Bundesliga, Cup and Champions League, will the national team also be one of his challenges? After all, national coach Hansi Flick congratulates Götze on the change, as the new Eintracht star reveals. But of course he's smart and experienced enough not to make a fuss about the small chance he has for the World Cup. "A few years ago I had a certain role in the DFB team, played in a lot of games," says Götze politely, "but it's different at the moment and not an issue for me. My focus at the moment is playing the Bundesliga and Champions League. Everything other is not in my head. It's too far away for that."

What the Rio World Champion really still has in the Bundesliga, which has a higher level of performance than the Dutch Eredivisie (where he only scored four goals and assists in 29 league games last season), but above all in the Champions League, remains wait and see "My strengths are in the last third against deep opponents, tearing and finding space in narrow gaps," Götze reminds the media again. Interestingly, the former Dortmund player will play his last Bundesliga game at the end of May 2020 against Bayern Munich. Now he can show what's still in him on the first day of the game at home against the record champions (5 August).

The fact that he is no longer the better-than-Messi idol (which he has not chosen himself to be) is also shown by his team-friendly statements. He just wanted to do his "part to be the piece of the puzzle that is needed". Maybe Mario Götze will be needed again shortly before the end of a crucial game in the Champions League. Who knows. And then comes his substitution. The whole of Frankfurt would probably hardly believe their own eyes and ears again. 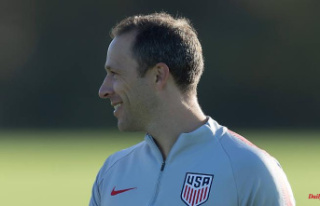 With Bale and Chiellini in L.A.: Ex-Bundesliga professional...