Early on, Erich Ribbeck celebrated his Lauterer's sensational 7-4 victory over FC Bayern Munich as "the greatest day of my coaching career". 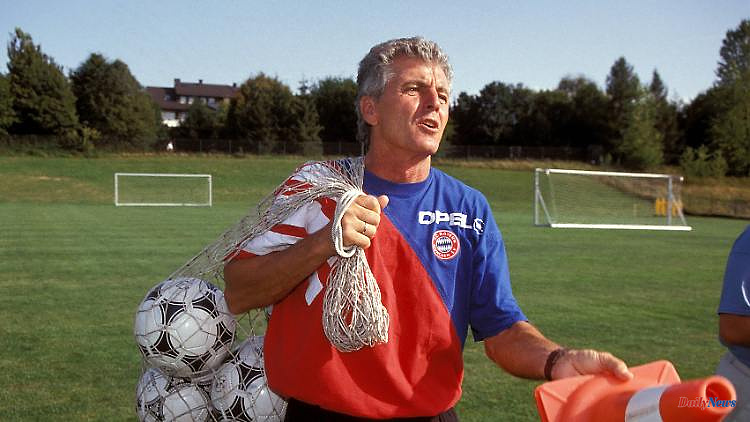 "There are coaches who do everything right and are never successful. And then there are coaches who do everything wrong and become German champions twice." Erich Ribbeck has always had a good feeling that not everything in life can be planned. Sometimes luck and the right moment also play a not unimportant role in the course of things. And that's why the man from Wuppertal didn't always take everything so deadly seriously, as his motto - with a wink - shows: "Where I am, nothing works - but I can't be everywhere."

At the beginning of his coaching career, everything ran smoothly for the native of Wuppertal. 1826 days he was a coach at Eintracht Frankfurt. To this day, no one else has held out longer as a football coach with the Hessians in the Bundesliga times than he has. And his time at 1. FC Kaiserslautern will never be forgotten, not least because of the legendary victory over FC Bayern Munich on October 20, 1973. Bayern were already leading 4-1 that day, but in the end it was 7-4 for 1. FCK. The "Red Devils" had played themselves into a frenzy on this fabulous afternoon on the Betzenberg. Lautern's coach Erich Ribbeck was over the moon afterwards: "It's the biggest day of my coaching career."

In the "Red Devils" Seppl Pirrung, who scored three goals, and a certain Klaus Toppmöller, who gave three assists and scored one goal himself, stood out. Twenty years later, the former striker and then coach of 1. FCK met again in the Bundesliga in new roles. And so, after the game between Eintracht Frankfurt and FC Bayern Munich, there was a small but very pointed verbal argument between Eintracht coach Toppmöller and his former coach and current Bayern coach Erich Ribbeck. Because Toppmöller wanted to bluff before the game, he initially did not have his pros Okocha and Mihajlovic on the game report sheet. Ribbeck could only smile wearily at his former striker's sleight of hand: "For me, that's the sandpit department, ages five to seven." But Toppmöller countered cleverly: "Coach Ribbeck showed me that in Kaiserslautern!"

When Ribbeck left Betzenberg on good terms in 1978, his family grilled a whole ox. She had received it as a farewell gift from 1. FCK. The party was lavish, there was singing, dancing and laughing, but unfortunately not enough food - a lot of culinary delights remained. When the furniture van was in front of the door early the next morning, the slightly tipsy people didn't hesitate and simply put the leftovers of the good food in the back between the living room lamp and the sofa - after all, the new refrigerator was already waiting in the new house near Cologne. That evening the Ribbecks went on vacation.

Two days later, Erich's parents-in-law, who had meanwhile checked the house, called. "I think you have a skeleton in the basement," they announced, audibly shocked, "you stink like hell!" After a lot of persuasion, they finally dared to go into the basement and noticed as soon as they pushed the light switch that something was wrong. The electricity had gone out. A catastrophe - especially for perishable food. Erich Ribbeck: "Every housewife and househusband can imagine what was going on in the fridge in the meantime!" The child had fallen into the well.

This is reminiscent of the condition that Ribbeck's career at Bayern had assumed at the end of his sportingly very mixed tenure. Four years earlier he had won the UEFA Cup with Bayer Leverkusen in 1988 and now he was suddenly denied any professional competence. Werner Lorant said at the time: "Erich Ribbeck is as far away from football as the earth is from Mars." When he wanted to explain a back four to his team before an away game in Bremen with the help of milk cans and coffee cups, captain Jan Wouters had to intervene to support him. Rearranging the tools on the table, he explained, "Coach, you forgot the back cover."

Nothing good was heard from his time at Bayer Leverkusen either. Heiko Scholz is said to have once called out during a training session: "In the future we will play with the famous double libero, a libero and a protection libero." Ribbeck's job at Bayern finally ended with Jan Wouters shaking his head at a team meeting and saying: "Coach, you're the only one here at the club who doesn't know anything about football."

And then came the year 1998. A journalist warned: "We must prevent President Egidius Braun from sitting at his desk in Aachen and phoning around indiscriminately." But by then it was too late. Ribbeck, whom old companions called "Robinson Crusoe" because he had withdrawn completely to the beautiful island of Tenerife and only followed the Bundesliga there on satellite television, had been appointed national coach.

Afterwards, after the shameful loss of the preliminary round by the German team at the 2000 European Championships in Belgium and the Netherlands, Franz Beckenbauer did not take good care of the team: "If I wake up the 1990 World Cup team at midnight, they win barefoot against them today's national team." Even before the tournament, one of the players himself said: "The state of the national team is deplorable." That was Jens Jeremies from Bayern Munich. A few days later, one afternoon, Jeremies told his colleagues that he had just answered "no comment" to a reporter's questions on at least eight occasions. In the evening it came out that one of the eight questions to which he responded in this way was: "Does Ribbeck know anything about football?"

Probably no DFB national coach was ever put down as much as this Erich Ribbeck. During the European Championship, the players renamed him the "Forest of the Silver Forest" - because he couldn't see the forest for the trees and wore a head of gray mottled hair.

In the meantime, a group of players tried to save before the start of the European Championship, which could not be saved. The matter went down in German football history under the name "Mallorca Revolution". The players' idea was Ribbeck's immediate replacement and Lothar Matthäus taking over the duties. But they not only acted amateurishly – because Matthäus didn’t feel like doing this job at all – but also a bit embarrassingly, as national goalkeeping coach Sepp Maier said afterwards: “I think in the state in which they were, they wouldn't even have been able to find Ribbeck's bedroom, let alone overthrow him."

After the disastrous end of the DFB team at the 2000 European Championships in Belgium and the Netherlands, Erich Ribbeck's coaching career was over. As usual, he took his dismissal calmly: "I'm looking like a little idiot now. But I know more than some people think. Especially when it comes to football. But what the heck!" Today "Sir Erich" celebrates his 85th birthday. All the best and good luck, dear Erich Ribbeck! 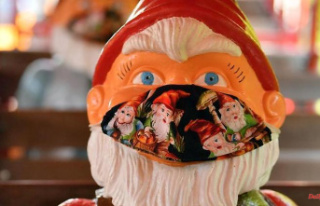