The past three years in Nico Schulz's life as a footballer have been a constant nosedive. 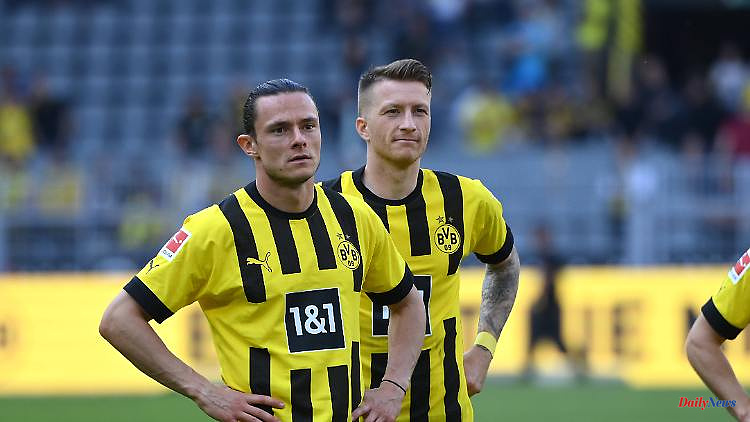 The past three years in Nico Schulz's life as a footballer have been a constant nosedive. Once listed with a market value of 25 million euros, this plunges lower than that of any cryptocurrency in no time. He has no future at BVB. The ex-national player should be locked out.

Footballer Nico Schulz was once a promising international. Born in Berlin, he fought his way into the Adler outfit via the stations Hertha BSC, Borussia Mönchengladbach and TSG Hoffenheim. For a moment it looked like he might fill in the eternal gap on the left. But then in 2019 he dared to make the leap from tranquil Hoffenheim to the big football world with his 25 million euro move to Borussia Dortmund and failed.

In three years he has only made 61 competitive appearances for BVB, and he only made a good impression in very few of these games. A few weeks after his commitment, he found himself on the bench under then-coach Lucien Favre early on. He never came back, the initially euphoric long "Schuuuuuuulz" as a sign of recognition from the stands quickly turned into nervous whispers and whistles. It didn't help that he scored his only goal in December 2019, during his debut season in Dortmund.

With around seven million euros, Schulz is still one of the top earners at Borussia Dortmund, with whom he is still under contract until 2024. The eternal runner-up just wants to get rid of the 29-year-old, but it's not that easy. There are no noteworthy prospects for the left-back and so BVB is now increasing the pressure on him, reports the "Ruhr Nachrichten".

"Nico knows his situation," said BVB coach Edin Terzic on Monday and the local newspaper explains exactly what this situation looks like. The twelve-time national player should therefore not be part of the Dortmund squad, which will travel to the training camp from Friday. Instead, he should either train individually or with the second team in the Westphalian metropolis. There is still no official confirmation from the club, but no more bets will be accepted on further appearances by Schulz in the club environment.

If Schulz was still being courted by Manchester United in 2020, there are currently few less serious options for the former international, who last wore the Germany shirt in November 2020. Nevertheless, it can be learned from those close to BVB that the left-back has turned down a number of offers from home and abroad in recent weeks.

The all-new Borussia wants to attack with fresh staff after the disappointing previous season under ex-coach. With Sebastien Haller, Niklas Süle, Nico Schlotterbeck, Karim Adeyemi and Salih Öczan, the club has already presented numerous newcomers under the leadership of the new sports director Sebastian Kehl and the club icon Edin Terzic, who has returned as a coach.

But the problems with Schulz are examples of a transfer policy that has partially failed in recent years. Numerous top-class and far too well-paid signings stagnated after they had donned the black and yellow jersey. Julian Brandt, Thorgan Hazard and also Raphael Guerreiro, who has been controversial for a long time due to his defensive weaknesses, could leave the club this summer if there are corresponding offers. But the enormous salary level and the unpromising performance in previous years have drastically reduced the market for this quartet as well.

This means that the desired transfer from Hoffenheim's David Raum can hardly be financed at the moment. As a left-back, last season's shooting star has a good chance of a place in Hansi Flick's World Cup squad. However, as of now, he would not contest the tournament in Qatar as a Dortmund player.

Schulz no longer wanted, Guerreiro unstable and prone to injury and no money for space, for which Hoffenheim promises 40 million euros - that opens the door for two young stars in the left-back position, which Terzic will take a closer look at in the coming weeks. "We have two good youngsters in Prince Aning and Tom Rothe in this position. We want to use their preparation to see how far they are," said the coach at public training on Monday.

Rothe in particular is a promising player. In his professional debut on April 16 in a 6-1 win against the unfortunate guest from the Mittelland Canal, VfL Wolfsburg, the 17-year-old needed just 24 minutes to score his first goal for BVB. He is trusted in Dortmund more than Schulz. Which, given the ex-national player's record, is not surprising.

1 "Never seen such a scam": Fake league fools... 2 Wild rumor from England: Will Vettel switch to the... 3 Shock and surgery for Hertha striker: Testicular cancer... 4 Huge hype with a big but: Spain fascinates the football... 5 Performance test instead of strike: Superstar Robert... 6 Lewandowski protected: Matthäus attacks the double... 7 Does ex-F1 world champion have to be in prison ?:... 8 Constitutional complaint is successful: Pechstein... 9 "Hope dies last": Djokovic who refuses to... 10 Living under a false identity: Running icon Sir Mo... 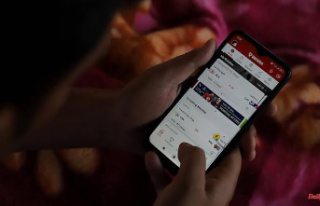