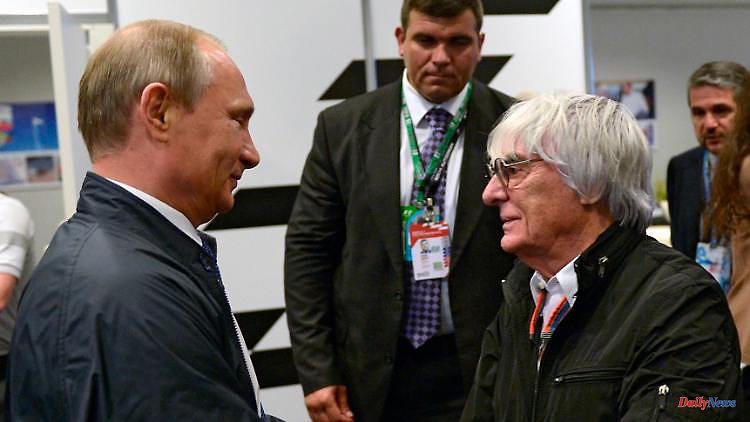 Bernie Ecclestone is 91 years old. In 2017 he left Formula 1 after several years. In 2014 it made its debut in Russia. Since then he has been friends with Vladimir Putin, for whom, as he now admits, he would die. Because he is "a first class person".

Ex-Formula 1 boss Bernie Ecclestone has revealed his twisted view of the world in a disturbing interview on British breakfast television. Asked about the Russian attack on Ukraine, the 91-year-old called Ukrainian President Volodymyr Zelenskyy a "comedian" and admitted that he would "take a bullet" for the aggressor Vladimir Putin.

The Briton has caused irritation in the past, but his recent statements on British breakfast television have reached a new level. "Obviously it would be better if it didn't hurt, but I would still catch the ball for him," he told the Good Morning Britain presenters, who were visibly confused by the statements.

Ecclestone added: "Because he's a first class person and because he's doing what he's doing only to do what he thinks is right for Russia I think sometimes you just make mistakes. When you make a mistake, it's about getting out of it as best you can."

Ecclestone recommended that the President of Ukraine, Volodymyr Zelenskyj, finally listen to Putin because he was "a reasonable person" and then compared the Russian attack on Ukraine with the military interventions of the USA. The ex-Formula 1 boss said Selenskyj probably still practices the profession of a "comedian". Before he was elected President of Ukraine, he had gained popularity as an actor and comedian, among other things.

A Formula 1 spokesman called the 91-year-old's statements "his personal views, which are in stark contrast to the modern values ​​​​of our sport". The racing series is currently struggling with its own racism debate anyway and will certainly not need this construction site.

As early as 2016, Ecclestone, then still in his position as head of the racing series, decided that Putin "should govern Europe". He also never made a secret of his fondness for autocracies. The ex-Formula 1 boss and Putin have known each other for a long time. Since the 2014 season, Formula 1 has been a guest in Sochi on the site of the Winter Olympics, which were held in February 2014. Shortly thereafter, Russia annexed Crimea and began the War in Donnbas, which led to the capture of Donetsk and Luhansk oblasts by Russian paramilitary groups.

After the attack on Ukraine in February 2022, the racing series, which has been under new management since 2017, canceled its contracts with Russia. The Russian Grand Prix, which was to be held again this year in Sochi and from 2023 in Putin's home town of St. Petersburg, has been cancelled. "Formula 1 can confirm that it has terminated its contract with the Russian Grand Prix organizer, which means that Russia will not host a race in the future," it said in a statement in early March.

In an interview the day after the attack began, Ecclestone described the President of Russia as "honorable" and, following the Kremlin's propaganda line, blamed NATO interference for the "crisis". He later expressed his incomprehension about the cancellation of the contracts for the races in Russia. "It doesn't make any sense at all, no matter how you twist it," he had told AFP: "As far as I know, there is no war in Russia and therefore it would not make any difference if it [the race, ed . Red] would take place." 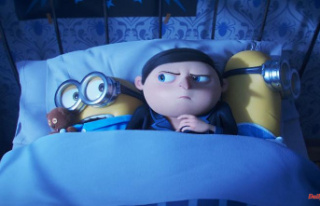 Cute, cheeky and even political: The Minions are looking...