Morocco's victory in the World Cup match against Belgium has football fans freaking out. 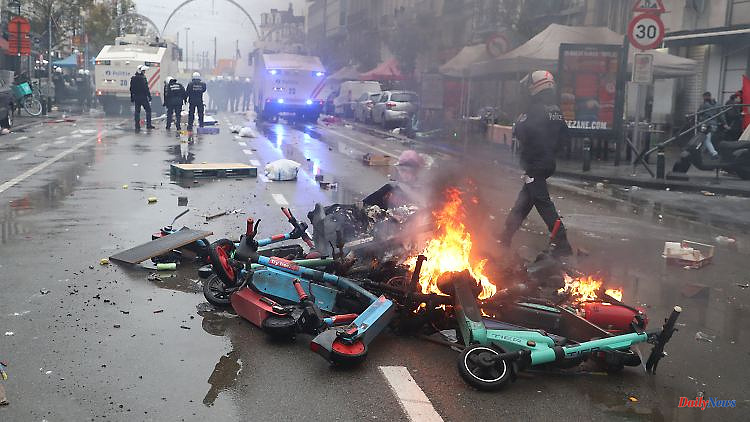 Morocco's victory in the World Cup match against Belgium has football fans freaking out. While jubilation dominates the streets in Morocco, there are riots in Brussels. E-scooters burn, objects are thrown at police officers – they use water cannons.

Riots broke out in the Belgian capital Brussels after the national team lost 2-0 to Morocco in the second group match of the World Cup. Around 100 police officers with water cannons had to take action against "a few dozen people" who destroyed street furniture and threw objects at the officers, the Belga news agency reported.

Cars with broken windows can be seen in photos on Twitter. There are also pictures of men with Moroccan flags over their shoulders stepping on a car and jubilantly watching e-scooters burning on the street.

According to media reports, the police had already prepared for riots before the game. Many people with Moroccan roots live in Brussels. The World Cup game was therefore explosive for the supporters of the national teams. The violent criminals are said to have sought a confrontation with the law enforcement officers before the final whistle, which "endangered public safety". A journalist was injured in the face by a firecracker, after which the police used water cannon and tear gas.

In addition to pyrotechnics, some of the perpetrators, some of whom were armed with sticks, used projectiles. Others set fire to a street and destroyed a traffic light. The police urged people on Twitter to avoid Boulevard du Midi and adjacent streets in the city centre. "The police have already intervened vigorously, so I advise all fans not to come to the city center," Brussels Mayor Philippe Close wrote on Twitter. He had ordered the arrest of troublemakers. At the request of the police, local transport in Brussels was partially stopped, as the local transport company also announced on Twitter.

There were completely different pictures from Morocco. There, the victory plunged the fans into a frenzy of joy. There were spontaneous celebrations on streets in the capital Rabat and elsewhere, as a dpa reporter reported and could also be seen in videos on social media. Soccer fans danced, sang and waved Moroccan flags. Cars drove through the streets, honking their horns. The followers were beside themselves with joy. 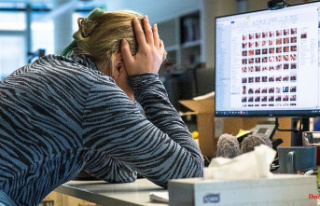 Silent withdrawal: Is there a way back from inner...