Excitement in the Nations League: England conceded bankruptcy and boos in Hungary

England start the Nations League with a bitter defeat. 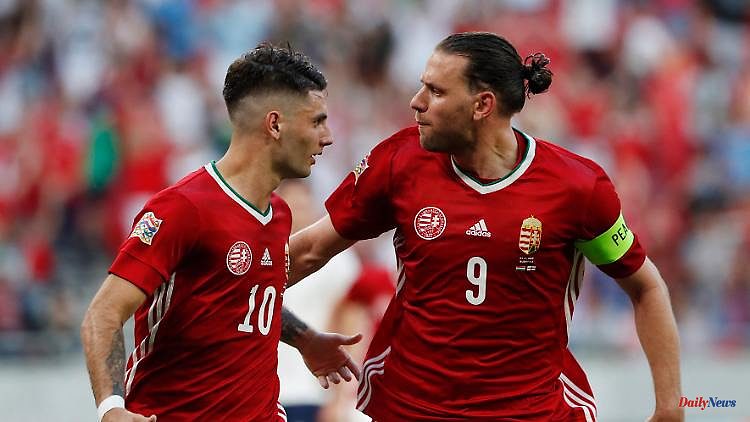 England start the Nations League with a bitter defeat. In the German group, the Vice European Champion suffered a bankruptcy against newly promoted Hungary. A Bundesliga professional scores the decisive goal. The fans, who shouldn't even be admitted to the game, stand out negatively again.

Vice European champions England suffered a defeat in Hungary at the start of the Nations League. Coach Gareth Southgate's team lost 0-1 (0-0) in Budapest. Hungary gave the first sign of respect in Germany's group three ahead of the DFB team's game in Italy. Bundesliga professional Dominik Szoboszlai from RB Leipzig converted a not uncontroversial penalty kick in the 66th minute to win the strong hosts. Hungary will welcome the DFB team next Saturday, before that England have to play in Munich on Tuesday (8.45 p.m. / ZDF and in the ntv.de live ticker).

Despite the ban on spectators because of the discriminatory behavior of the Hungarian fans, the Puskás Aréna was well filled. According to the regulations of the European Football Union UEFA, children up to the age of 14 may enter the stadium for closed-door games if they are invited and accompanied by an adult. According to media reports, more than 30,000 visitors were registered before the game.

England had more of the game, but the Hungarian team, which was full of Bundesliga players, had more dangerous chances. After Szoboszlai's goal, Hungary could have gone even further with Laszlo Kleinheisler from Bremen (81'). The world number 40. is in the top division of the Nations League for the first time and set a first exclamation mark with the win. On Saturday next week, the underdog will face the DFB selection.

When the English team got on their knees just before kick-off as usual as a sign against racism, boos could be heard. "I have no idea why people are booing at this gesture," said England coach Southgate. His team primarily do such actions to try to "educate people," said the ex-professional about the reason for kneeling. In an interview with Channel 4, the 51-year-old did not want to directly criticize the fans in Budapest. Many younger people probably don't even know why they are booing at all. "They are influenced by older adults," Southgate said.

Because of the discriminatory behavior of its fans in the European Championship games against Portugal, France and Germany, Hungary's national team was sentenced to two UEFA home games without spectators. A probation period of two years applies to a third game.

The English will also have to play their first home game in the Nations League on June 11 in Wolverhampton against Italy without a spectator. The association was sentenced to do this a year ago because of the riots surrounding the European Championship final. The UEFA regulations for visiting the stadium by children are also to be applied, and between 2,000 and 3,000 fans are expected. 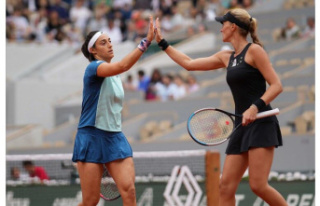