"Extreme pain in the foot": Alexander Zverev has to cancel Davis Cup

Everything was actually done: Alexander Zverev wants to celebrate his comeback just in time for the Davis Cup in his hometown after Germany's best tennis player was seriously injured at the French Open. 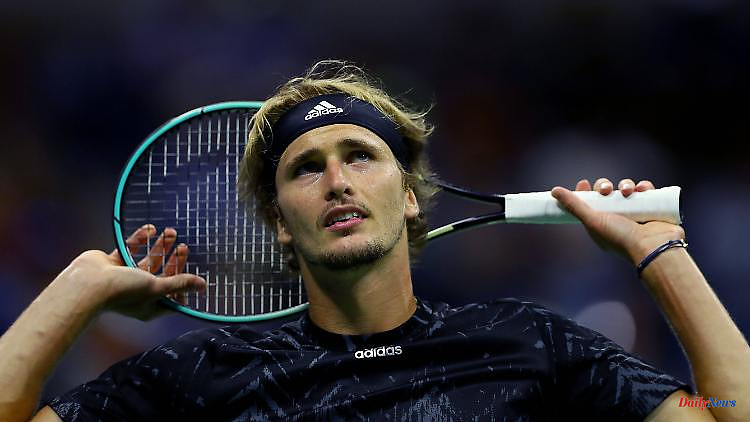 Everything was actually done: Alexander Zverev wants to celebrate his comeback just in time for the Davis Cup in his hometown after Germany's best tennis player was seriously injured at the French Open. Zverev spreads confidence for a long time, but shortly before the first serve he has to announce bitter news.

Alexander Zverev has been working on a comeback for weeks after his serious ligament injury, but the return of Germany's best tennis player will take weeks, maybe months, as he announced shortly before the start of the Davis Cup group phase. After suffering an ankle injury in the semifinals of the French Open, Zverev actually wanted to play for Germany in his hometown, but the top player had "extreme pain in his foot" again in training. Zverev is missing in the preliminary round games against France (Wednesday), Belgium (Friday) and Australia (Sunday).

The German team is led by Oscar Otte after Zverev's absence, Jan-Lennard Struff is also part of the team as the second individual player, the subsequently nominated Yannick Hanfmann and the doubles specialists Kevin Krawietz and Tim Pütz. The top two teams in each group will qualify for the final tournament of the competition in November.

On Sunday he was training with Otte when his foot started to hurt again, Zverev reported. After the first examinations, bone edema was found in the operated right foot, which would have increased the risk of a fracture - and thus posed a serious threat to his further career, explained the fifth in the world rankings of the seriousness of the situation. Now it will be "not a question of days, but of several weeks or months" until he is healthy again.

The 25-year-old had canceled the US Open, which started at the end of August, after the multiple torn ligaments he suffered in early June in the French Open semi-final against Rafael Nadal and at the same time spread confidence: "I just wanted to tell you briefly that my healing process is progressing extremely well. I'm very happy where I'm at right now. But unfortunately I won't be coming to New York this year. It was a very tough decision," he announced shortly before the start of the last Grand Slam tournament of the year, " But I don't want to take that risk now." In Hamburg, Zverev recently said "Sport-Bild" that "the ligaments have healed completely". Although he occasionally still has pain, his foot is generally healthy. Now the surprising setback.

1 Still waiting for Eberl, but ...: Marco Rose awakens... 2 Confusion about "Prince William": US website... 3 Charming Princess Kate: How a commoner became a picture... 4 Ex-Beatle remembers Queen giggling at Paul McCartney's... 5 Dull thing: That's why glasses become cloudy... 6 Daily and fixed-term deposits: This is where the most... 7 Hesse: Application for a referendum to be examined... 8 Hesse: Unknown place wooden boards and concrete slab... 9 Baden-Württemberg: State explores potential for wind... 10 Baden-Württemberg: horse breaks into a wooden bridge:... 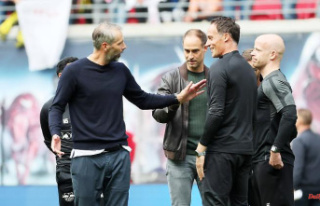