Did Red Bull cheat the world title last season with an excessive budget? The allegations of fraud against the Formula 1 team overshadow the night race in Singapore. 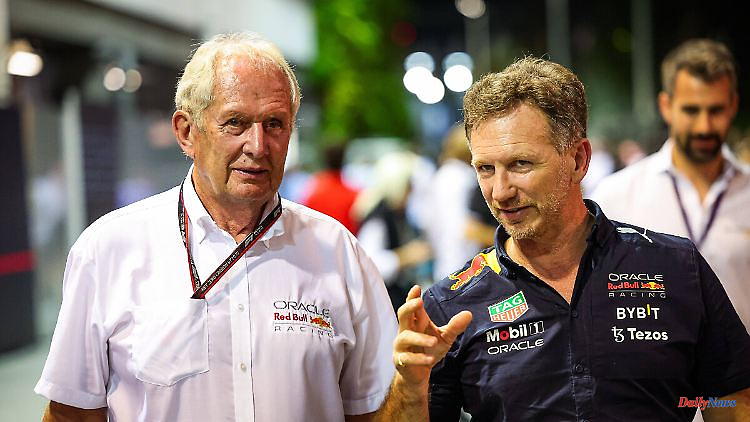 Did Red Bull cheat the world title last season with an excessive budget? The allegations of fraud against the Formula 1 team overshadow the night race in Singapore. Team boss Christian Horner counterattacked and attacked the competition.

The allegations of fraud against the world champion Formula 1 racing team are picking up speed, Red Bull Racing has now counterattacked - and reserves the right to take legal action. "It's a tactic used by our competitors to distract from their lack of performance," said team boss Christian Horner in Singapore: "We take great offense at it."

Before the night race on Sunday (2 p.m. CET/Sky and in the live ticker on ntv.de), reports had caused a stir that two teams were said to have exceeded the new budget cap last year. Among them is said to be Red Bull, which had narrowly won the world title with Max Verstappen.

Horner now accuses the competition of leaking information to the media in a targeted manner before the world association FIA has even completed its budget reviews. "How on earth do they want that kind of knowledge," Horner said, looking very thin-skinned. "The FIA ​​hasn't announced anything, they're not even finished. We'll also look at our options afterwards and how we'll react to them. That's absolutely defamatory."

Red Bull Racing is "100 percent" convinced that the budget cap of almost 150 million US dollars has not been exceeded. "We live and breathe these regulations every day," said Horner. The competition is still reluctant to make clear accusations, but is increasing the pressure. Head of Mercedes Motorsport Toto Wolff and his Ferrari colleague Mattia Binotto met in the paddock for a chat and then shook hands in public.

Your statements are similar. A "transparent, serious review" is needed. The FIA ​​must show leadership. And the sporting advantage of a possible offense is enormous. If a team exceeds the limit by 5 percent, it's considered a felony, which would be roughly $7 million. Ferrari sports director Laurent Mekies calculated: "7 million, that's 70 engineers, and 70 engineers bring you a lot of lap times."

The FIA, meanwhile, has been largely reticent so far, but felt compelled to make a statement on Friday evening. There is currently "considerable and unfounded speculation". The evaluation of all budgets is duly completed without regard to external discussions.

1 Brutal attack in Somalia: Islamist terrorist militia... 2 Relative deceased: You should take care of these 7... 3 Hesse: chase over several highways: arrest 4 Saxony: Saxony's most beautiful harvest crown... 5 First visit since the beginning of the war: Lambrecht... 6 The day of the war at a glance: After the fall of... 7 175 years of Siemens: A corporate headquarters in... 8 Niclas Füllkrug with World Cup application: record... 9 Fire for soybean cultivation: Most forest fires have... 10 Children had to watch the action: Ukrainian woman... 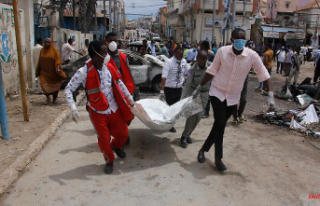