Formula 1 drivers are always the target of criminals, this time Sebastian Vettel was caught in Barcelona. 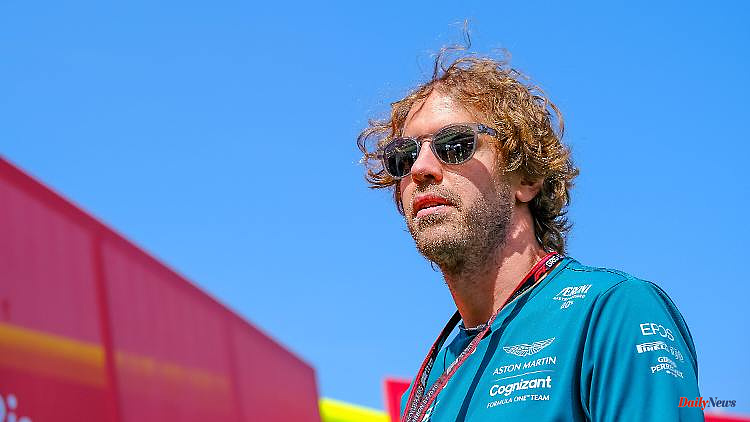 Formula 1 drivers are always the target of criminals, this time Sebastian Vettel was caught in Barcelona. A bag is stolen from the Aston Martin driver. Vettel even tries to find the perpetrator or perpetrators himself, but is unsuccessful.

Andreas Brehme not only scored the decisive goal for the victory of the German national soccer team in the World Cup final in 1990, but is also the author of some highly memorable and therefore regularly quoted sayings and wisdom. One of them is "Have shit on your foot, have shit on your foot", and that's about how Sebastian Vettel should feel right now. In Formula 1, the Aston Martin driver not only follows his own standards and those of his ambitious racing team, but has also become the victim of a criminal offense after the Spanish Grand Prix.

The 34-year-old was attacked in downtown Barcelona on Monday. As the Spanish newspaper "El Periodico" reports, Vettel was robbed in front of his hotel when he got out of the car. A bag with personal belongings was stolen. The four-time world champion is doing well, a spokeswoman said on request. On Sunday, Vettel finished eleventh at the Grand Prix on the Circuit de Catalunya and missed out on points for the third time in four races after being replaced by Nico Hulkenberg on the two opening weekends due to a corona infection.

After the theft in the Spanish metropolis, Vettel tried to locate the suspected perpetrator(s). For this he used the location function of his mobile phone to display the location of his headphones. According to the Aston Martin team, he was able to find the headphones this way, but there was no trace of the bag or its wrongful owner.

The 53-time Grand Prix winner is the third driver to have been the victim of a robbery in the past ten months. Lando Norris had a valuable wristwatch stolen in July 2021 after Italy's final victory over England at the European Football Championship when the McLaren hopeful was on his way to his car parked near Wembley Stadium. Charles Leclerc, Vettel's former Ferrari team-mate and World Championship contender for the Scuderia, also had a luxury watch taken away ahead of the Emilia-Romagna Grand Prix at Imola in April.

1 Feldmann "no longer welcome": Eintracht... 2 Flares, Bengalos, Zlatan: After the Scudetto, AC Milan... 3 Deadly shot at fair: Police arrest suspects in Lüdenscheid 4 Boy suffocated in a sack: judgment on Hanau cult murder... 5 Without a mask at the state funeral: Kim challenges... 6 Reduce negative energy: These tricks help against... 7 Lower security level: Boris Becker transferred to... 8 Compensation Judgment: Money Back for Losses in Online... 9 Is a new pandemic looming?: What we know so far about... 10 Baden-Württemberg: All in white and delicious: top... 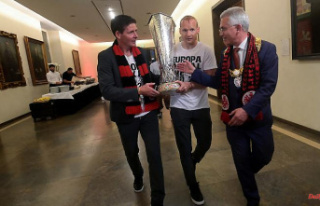