Interior Minister Nancy Faeser is dismayed by the "terrible" statements by a World Cup ambassador on homosexuality, the lesbian and gay association is calling for a diplomatic boycott and a travel warning. 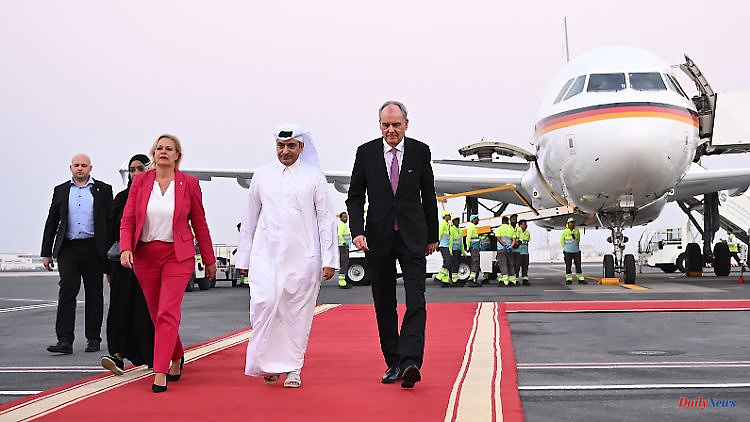 Interior Minister Nancy Faeser is dismayed by the "terrible" statements by a World Cup ambassador on homosexuality, the lesbian and gay association is calling for a diplomatic boycott and a travel warning. Human Rights Watch does not believe in Qatar's "security guarantees" - and advises caution.

The human rights organization Human Rights Watch warns homosexuals against traveling to the World Cup in Qatar. There is "a great risk" that showing same-sex love "will be punished," said Wenzel Michalski, director of Human Rights Watch Germany on Sky: "Regardless of what assurances there are. Qatar is not a constitutional state. You can't sue for anything. "

Homosexuality is a criminal offense in the emirate. However, Prime Minister Sheikh Chalid bin Chalifa Al-Thani recently issued a "security guarantee" for people in the LGBT community to German Interior Minister Nancy Faeser. He would still advise all homosexuals to be "very careful," says Michalsky: "Not only in public and on the street, but also online. The Qatari government reads WhatsApp if they want to."

Nobody should hope for the protection of the world association FIFA or local politicians. "You can see cowardice there," said the director of Human Rights Watch. "As a football fan, you can't count on being protected if you're in danger there." Possible measures by Qatar are "tough" and would range from blows to prison terms.

Michalsky emphasized that he recognized "an absolute failure on the part of FIFA" in Qatar. The World Association should actually "go public, distance yourself and put pressure on". However, this has not happened to a sufficient extent so far. Official World Cup ambassador Khalid Salman recently described homosexuality as "mental damage". Interior Minister Faeser was then dismayed. "Such statements are terrible," emphasized the SPD politician, who is also responsible for sport: "And that is also the reason why we are working to hopefully improve things in Qatar in the future." However, she continues to trust in the "safety guarantee" given during her inspection trip last week.

According to Salman's statements, the Lesbian and Gay Association (LSVD) is calling for a diplomatic boycott of the tournament in Qatar. "We expect the German government to take this statement seriously and are now calling on the government to consistently cancel all diplomatic trips during and to the World Cup in Qatar," said LSVD board member Alfonso Pantisano.

In addition, the Federal Foreign Office is expected to “issue an explicit travel warning for all lesbian, gay, bisexual, trans*, intersex and queer people (LSBTIQ*) when it comes to Qatar,” he said. Salman described being gay as "haram" and "mental damage" in the ZDF documentary "Geheimsache Qatar". This is "disturbing and yet not a surprise," said Pantisano. Rather, it simply shows "the anti-homosexual attitude of the regime in Qatar." Interior Minister Faeser "allowed himself to be lied to" during her inspection trip last week, he continued. Security guarantees are "worthless". Rather, a visit to the World Cup is "a danger" for queer people and the LSVD can only urgently "warn" against it.

The federal government's commissioner for queers generally called on all fans to boycott. "Don't look, don't go there, don't buy any merchandise," said Sven Lehmann on ZDFheute. The World Cup must not be a success for either Qatar or FIFA. 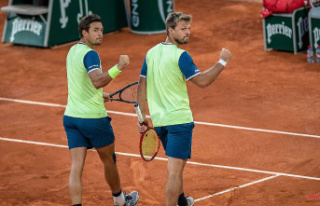 Krawietz/Mies separate: The end of a German tennis...