"The greatest champion in all team sports" is dead: basketball superstar Bill Russell passed away peacefully in old age. 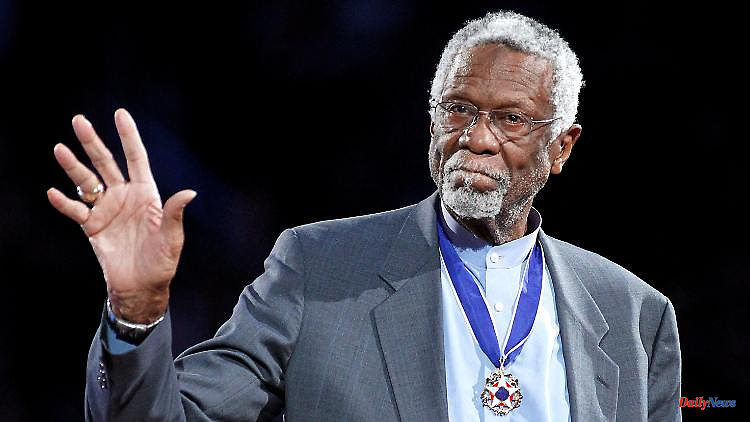 "The greatest champion in all team sports" is dead: basketball superstar Bill Russell passed away peacefully in old age. The former Boston Celtics center won everything there was to win. And he made history on and off the pitch.

The North American professional basketball league NBA mourns the loss of one of its greatest legends: Bill Russell, the most successful player in history, has died at the age of 88. This was announced by Russell's relatives via his Twitter account. "The greatest winner in American sports history has passed away peacefully alongside his wife Jeannine," it said.

As a center for the Boston Celtics, Russell won 11 league titles in 13 seasons between 1956 and 1969, more than any other player. Russell also coached the last two titles - becoming the first black head coach in North American professional sports to win a championship. Russell has been named the league's most valuable player five times and has been an all-star twelve times. In 1956 Russell won Olympic gold with the USA.

NBA Commissioner Adam Silver wrote in a tribute: "Bill Russell was the greatest champion of any team sport. He represented something bigger than sport - the values ​​of equality, respect and inclusion that remain in our league's DNA to this day are."

On and off the field, Russell has repeatedly campaigned for the fight against racism and demonstrated with Martin Luther King, among others. In 1961 he boycotted a game to draw attention to racial discrimination against blacks in basketball. His family's released statement continued, "We hope that with Bill's uncompromising, dignified and always constructive commitment to principles, we can each find a new way to act or speak up. It would be a final and lasting one Victory for our beloved number 6."

1 EM final drama in a quick check: the pop shock is... 2 Raven black debut for black: Hertha stumbles out of... 3 "So close to the end... that hurts like a bastard" 4 In a penalty shoot-out, Hertha was eliminated from... 5 Football: Braunschweig throws Hertha BSC at the DFB... 6 Hanover region: Nine people get stuck in the elevator... 7 Women's Euro: England triumph against Germany... 8 Cracks and landslides: Mont Blanc increasingly difficult... 9 DFB-Pokal: The favorites don't miss a beat, Hertha... 10 DFB Cup: Hertha fails - Freiburg and Hoffenheim continue... 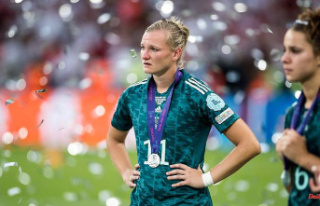 EM final drama in a quick check: the pop shock is...