Youssoufa Moukoko has long been considered a child prodigy at Borussia Dortmund. 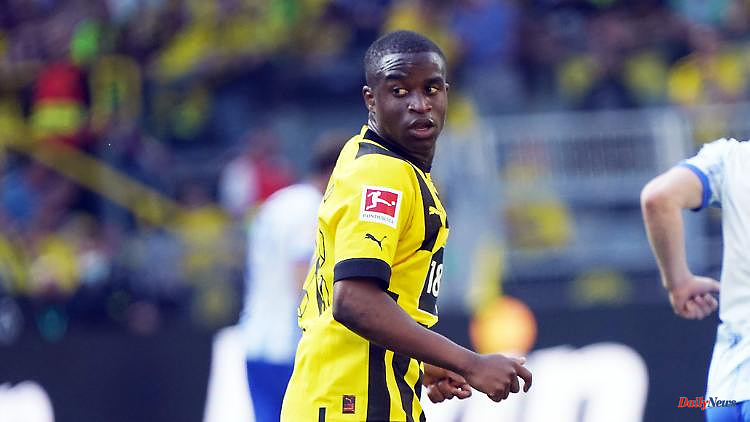 Youssoufa Moukoko has long been considered a child prodigy at Borussia Dortmund. But the top talent has not been able to assert himself in the Bundesliga in the long term. Now BVB wants planning security because Moukoko's contract expires in 2023. Will there be a sale in the summer - or a new start under coach Terzic?

No decision has yet been made about the future of storm jewel Youssoufa Moukoko at Borussia Dortmund. Now BVB is probably increasing the pressure on the youngster. As the "Ruhr Nachrichten" reports, the Revierklub is now vehemently pushing for a timely decision in view of the attacker's contract, which expires in summer 2023. The fact that one has not yet fallen is entirely up to the player. Moukoko is currently playing for time, it is said.

For the Westphalians, it's about creating planning security as quickly as possible. If Moukoko decides against an extension in the future, he should be sold in the summer transfer window. In this case, the newspaper brings a transfer fee of around 15 million euros into play. However, the club has not yet given up on the junior international. Rather, the club management wants to promote an expansion of cooperation with the striker in a timely manner.

A clarifying conversation with BVB sports director Sebastian Kehl and the new coach Edin Terzic is planned for the coming week. The duo wanted to convince Moukoko there of the BVB project and show the 19-year-old a clear perspective.

The "Bild" newspaper meanwhile writes that the top talent is quite open to a new attempt at BVB. Moukoko wants to prove himself again in Dortmund at the start of the season and senses a fresh chance under his former sponsor Terzic, according to the report. If he gets a real chance, he would also be open to an extension. The U21 striker only wants to make a decision after the first six weeks of the season.

What is certain is that the left foot cannot continue as it has been. According to "Ruhr Nachrichten", the offensive player insists on significantly more playing time than last season, when he only played a supporting role under Marco Rose. Under the trainer, who has since been fired, Moukoko often only came off the bench for short assignments. Overall, he managed just 210 Bundesliga minutes.

1 Body burned when discovered: Dead in Hamm is apparently... 2 Signs of "Chemo-Brain": This is how Sonya... 3 Bavaria: "Economy" Grimm is pushing for... 4 Hesse: First a lot of sun in Hesse: later local storms 5 Hesse: Woman dies in an apartment fire in Maintal 6 Thuringia: G7 summit: Around 200 police forces from... 7 North Rhine-Westphalia: Collision with a patrol car:... 8 Baden-Württemberg: after a dispute with the driver:... 9 Bavaria: Two men injured in a fire in a family home 10 Bavaria: Egg throw missed Söder: Police are investigating... 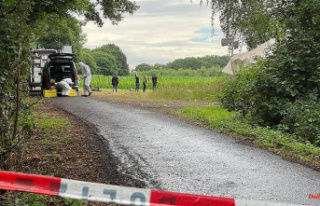 Body burned when discovered: Dead in Hamm is apparently...