Lionel Messi has landed in Qatar and is starting his hunt for that one trophy he still lacks with Argentina. 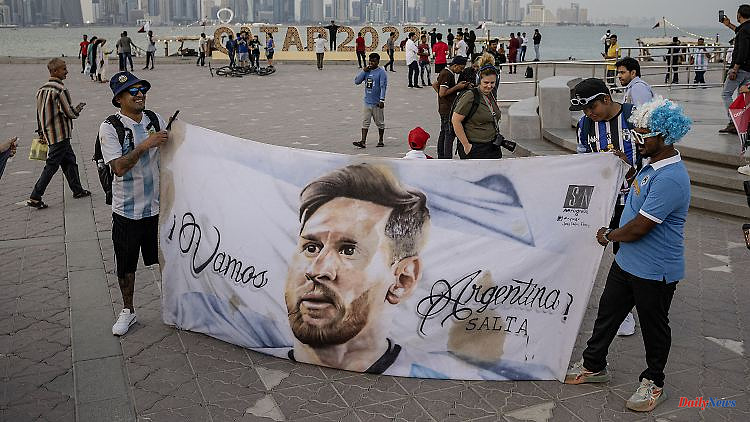 Lionel Messi has landed in Qatar and is starting his hunt for that one trophy he still lacks with Argentina. And that's all that matters for the Albiceleste, which hardly any expert hasn't chosen as the top favourite: The greatest in history should finally climb the World Cup throne

Lionel Messi didn't seem tired at all. Argentina's superstar smiled relaxed after arriving in the World Cup country Qatar and gave the cameras a thumbs up, although the plane from Abu Dhabi only landed in Doha around 2.30 a.m. on Thursday morning. "La Pulga" can sleep even when he is world champion.

And that's all that matters for the Albiceleste, who hardly any expert hadn't chosen as the top favourite: The greatest in history, as many already see him, should finally climb the World Cup throne at the age of 35 before he puts on his shoes in the not-too-distant future. The screenplay has long been written, but has been in the drawer for four world championships.

Messi himself, who has declared his fifth his last World Cup, is exercising restraint. "We're in good shape," he told Movistar TV in one of his rare interviews: "We mustn't fall into people's madness and think we're going to be world champions. We have to go step by step."

Messi has known the pressures at home since making his international debut in 2005. He also felt the pain of lost finals - not least because Mario Götze snatched the World Cup trophy from him in 2014. But after 18 years in the business, the man with the eternally young magic foot is at peace. The World Cup comes at a time "when I've learned to live differently," said Messi: "I enjoy it in a different way. I enjoy everything more."

So the moment is more than favorable. The dress rehearsal on Wednesday at the United Arab Emirates, which the favorite easily won 5-0 (4-0), was mostly an example of Argentinian looseness. There was a lot of danger from Messi, who scored one goal himself and one assist. As so often, he, who has developed from goal machine to playmaker over the past few years, hit his hooks and looked like a younger man.

Before Saudi Arabia starts in Group C on Tuesday (11 a.m. in Lusail), Argentina seems like a team that could be in the final on December 18. But even the preliminary round will be at least challenging, since Mexico is next to the Saudis and Poland are waiting for ex-Bayern star Robert Lewandowski.World champions France might even be lurking in the round of 16.

The Argentinian fans will hardly be impressed, they are already in a party mood. More than 500 of them, some supporters from India and some from South America, spent the night at the home of the 1978 and 1986 world champions, happily singing their songs as they tried to catch a glimpse of Messi and company catch. In vain. They only saw the team bus pull up. From a good distance. 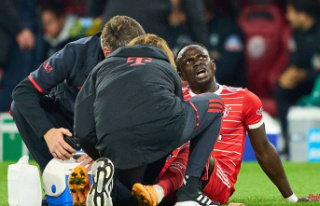