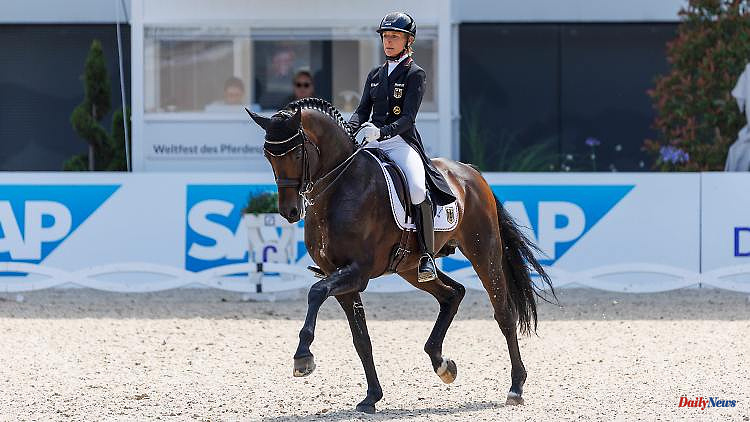 The spectators at the world's largest horse show watch Ingrid Klimke with particular attention. The world-class rider experienced a very special premiere at the CHIO. However, the start went wrong. Nothing is lost for the German team yet.

A premiere can hardly be much worse. At her first ride in the German national dressage team at the CHIO in Aachen, Ingrid Klimke made unexpected and unusual mistakes. The most successful eventing rider in the world rode into the arena too late with Franziskus and in the wrong direction at the beginning of the Grand Prix. Klinke self-critically admitted: "I'm satisfied with the horse, but not with the rider."

The eagerly awaited debut of the 54-year-old in two CHIO national teams, eventing and dressage, started with mishaps and a "bucking" Franziskus. "That was unnecessary," said Klaus Roeser, head of the dressage team. "That annoyed me," said Klimke: "It was managed." The rider from Münster, who was decorated with a total of ten gold medals in eventing at European Championships, World Championships and the Olympics, then rode her dressage debut in the German national team properly to the end.

Is the double start in two national teams too much? "It wasn't because of that," she said: "I have just as many horses with me as usual." In previous years she had ridden several times in eventing with the team at the CHIO and also in dressage as an individual starter in the supporting program. After the Grand Prix and before the Special on Saturday, the German dressage team is in second place in the Nations Cup. Denmark leads by 229.740 percentage points ahead of the host team (228.499) and the Netherlands (219.608). Klimke's rating was the discarded result for Germany, since only the three best results from each team are included.

The premieres in the CHIO team, Frederic Wandres (Hagen a.T.W) with Duke of Britain with the second best individual result and Benjamin Werndl (Tuntenhausen) with Famoso, went better than Klimke did. The newcomers showed convincing performances. "The boys were great," commented national coach Monica Theodorescu: "They did a great job." "I'm very happy and relieved because I was really excited," said Werndl. The 37-year-old from Tuntenhausen is the brother of double Olympic champion Jessica von Bredow-Werndl, who is taking a break due to the imminent birth of her second child.

Von Bredow-Werndl will also miss the World Championships in Herning in five weeks, as will Dorothee Schneider, whose horse Showtime is not fit. "It's a great pity," said the national coach: "We're looking ahead now." In a team with three newcomers, the experienced Isabell Werth achieved the second-best result on Thursday. The most successful rider in the world has retired her previous top horses Weihegold and Bella Rose from the sport and is now trying to lead Quantaz to the top of the world. "It's not as big a gap as it could have been," said Werth about second place behind Denmark. 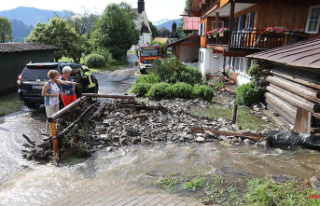