FC Bayern against Alba outsider: Uli Hoeneß hopes for momentum for the finals

The final duel between the two top teams almost ended. 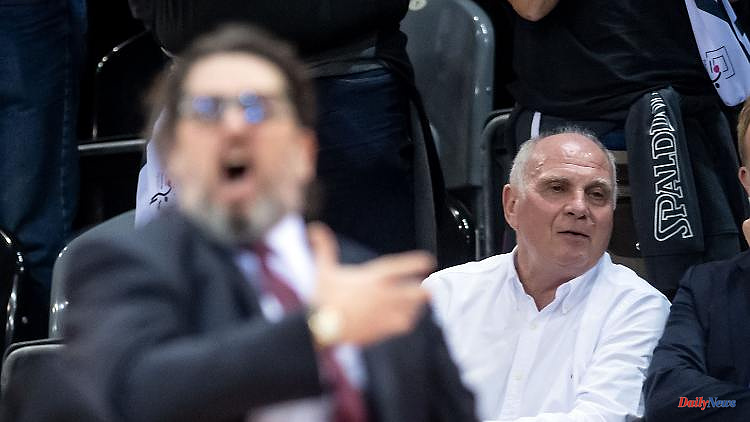 The final duel between the two top teams almost ended. But Bayern just averted an end. Now it's against Alba. The Berliners are well rested in the series that Bayern icon Uli Hoeneß has been waiting for. The honorary president of Munich has a concrete hope.

The way to the dream final was harder than expected for the basketball players from Bayern Munich. While the pros from Alba Berlin were able to relax on the couch, Bayern had to play the full five games against Telekom Baskets Bonn. Nevertheless, the revenge for last year's defeat should succeed. "We now have to regenerate a little and then anything is possible against Berlin," said Bayern captain Nihad Djedovic after winning the fifth game in Bonn on Wednesday evening. The first final will take place in Berlin this Friday (8.30 p.m./Magentasport and in the live ticker on ntv.de).

From the earlier one, the people of Munich went directly to the current capital. Don't lose any more time was the motto. While still in the Telekom Dome, Bayern coach Andrea Trinchieri began the usual mind games before the prestige duel in German basketball. "They are well recovered, they are the big favourites, have won 17 times in a row, play great basketball and have already held up the German Cup," said the Italian. "They are the clear favorites for me, but I wouldn't trade my team for any other."

The two German heavyweights have already met four times this season in the league and in the Euroleague. Bayern won three times, but the last duel between the two teams at the end of the main round went to the Berliners. "Bayern against Alba is of course always a cool final. Of course it's good to have in the back of your mind to have won against them before," said Berlin's Louis Olinde.

While Bayern were on the brink of elimination against Bonn, Alba marched through the playoffs largely effortlessly. The team from the capital, led by international Maodo Lo, has been in top form for weeks and is currently the measure of all things in German basketball. The fact that they were able to win the national cup in their own hall in February means that the Berliners can go into the final series with a certain composure. The season was already a success with one title. The pressure is more on the side of Bayern, who, although they gained a lot of credit in the Euroleague with an exciting series in the quarterfinals against FC Barcelona, ​​have not yet won a title this season.

That should now change in the final playoffs. "Alba against Bayern is always something special. I hope that our team can now take the momentum from the semifinals into the final," said Bayern's honorary president Uli Hoeneß, who traveled to Bonn to provide support for the fifth and decisive semifinal .

The question of rhythm could play a role in the first game on Friday. After all, the last Alba game against the MHP Riesen Ludwigsburg was already a week ago. But that doesn't really worry the Berliners. "We deserved the title. It wasn't an easy season, we had a lot of injury problems. But the basketball we play is very attractive and we enjoy it. We have a good spirit and that makes us strong," said center Johannes Thiemann. 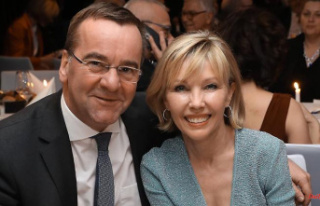