FC Bayern does not give up Star: Secret meetings do not bring about a Lewandowski turnaround

World star Sadio Mané has landed in Munich, he will sign a contract with FC Bayern these days and will be the face of the league from the 2022/2023 season. 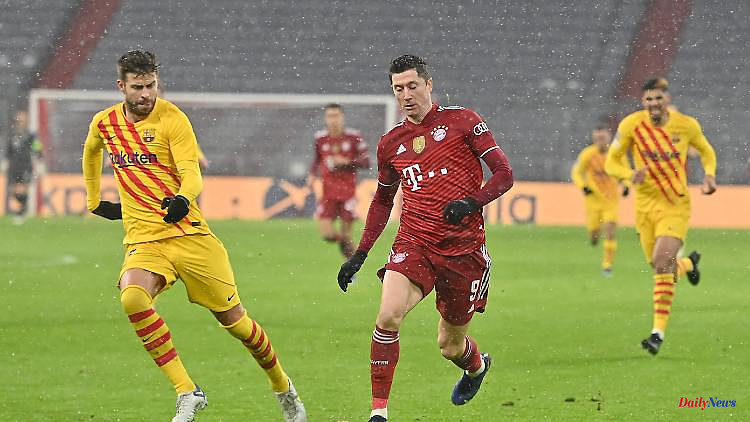 World star Sadio Mané has landed in Munich, he will sign a contract with FC Bayern these days and will be the face of the league from the 2022/2023 season. Also because the record champions continue to fight for Robert Lewandowski, but even a secret meeting does not bring clarity.

Bayern Munich is still looking for a conversation with the superstar Robert Lewandowski, who is willing to change, even if things have been relatively quiet in the entertaining transfer saga in recent days. But in the background we continue to negotiate, talk and wait. Only the Zoff is no longer so public.

As numerous German media, first Sky, are now reporting, there is said to have been a meeting between sports director Hasan Salihamidžić, advisor Pini Zahavi and the player in Mallorca last week. According to information from the sports broadcaster, however, there was no rapprochement between the different parties. Lewandowski still wants to leave and Bayern still don't want to let that happen.

A new offer from Barcelona could possibly bring movement to the matter. As is well known, FC Bayern did not answer a first question of more than 32 million euros. But recently the financially ailing Catalans had found new funds for the transfer through the intended sale of their silverware (merchandise and TV rights). The Spanish media are currently talking about a second offer of around 50 million euros. This should flutter into the house of the record champion in the next few days.

So the never-ending story of Robert Lewandowski and his fight to move away from Bayern Munich continues. As befits a never-ending story, this transfer saga also strings together chapter after chapter, only to break off abruptly at the end. At the latest when the summer transfer window closes on September 1, 2022, all parties will have certainty about Poland's employer in the 2022/2023 season.

The starting position is clear: Robert Lewandowski has a contract until the summer of 2023. However, the 33-year-old does not want to fulfill it, but rather accept a new task in order to give his life, which he says was recently emotionless at Bayern, a new meaning. Since his dream club FC Barcelona is just right.

The record champions, on the other hand, have so far shown little public interest in leaving their championship insurance for the last eight seasons. Oliver Kahn's "Basta" as part of the 2022 championship celebration was followed by a number of other "Basta" and a clear signal: Robert Lewandowski is a Bayern player as long as he is a Bayern player.

Numerous pundits from near and far have explained and commented in detail over the past month on why Lewandowski never moved to England (because he didn't dare, said one of his ex-agents), why his dream club was never actually his dream club (that was Real Madrid, said another of his ex-advisors) and also why the former Bayern President Uli Hoeneß could fall into the Dembélé trap (Hoeneß had clearly positioned himself around the Dembélé strike in Dortmund).

It remains to be noted: A transfer of this magnitude rarely takes place without background noise, but in recent years this has hardly been known in Munich. 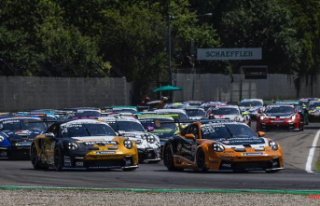 First win of the season: Larry ten Voorde wins at...