FC Bayern has landed one of the biggest coups in the club's history. 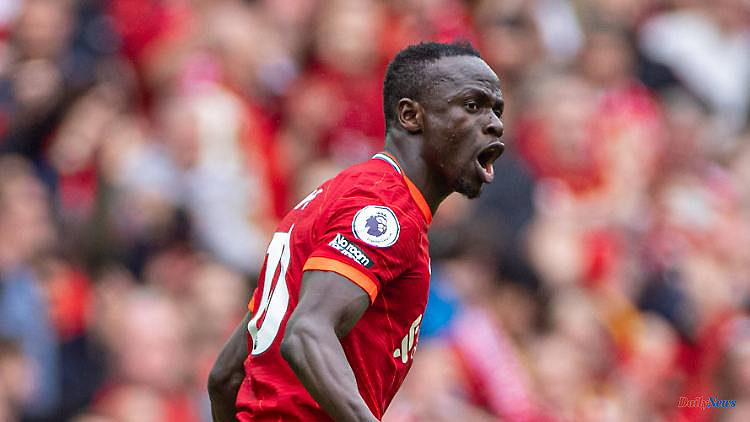 FC Bayern has landed one of the biggest coups in the club's history. A star has arrived in Liverpool FC's Sadio Mané amid the heated and grueling debate over Robert Lewandowski's future. But question marks accompany the transfer.

The list of personal question marks at FC Bayern is possibly longer than ever. Two question marks are, pardon me, but were particularly bold. Because one thing was answered on Friday evening. FC Bayern has actually committed a world star. Sadio Mané comes from Liverpool FC. Of course that was hinted at, but the public wasn't sure if this mega deal, perhaps the most spectacular in the Bundesliga for years, would actually come about. The doubts came mainly from England. There, for example, Bayern's first offer was mocked as a "joke".

It's not a joke for sure, but it's definitely a bargain in the wild market of gigantic sums. 32 million euros are to flow for the Senegalese, six bonus million could be added. For a world star, a damn good deal for the club. Especially for the ailing sports director Hasan Salihamidžić, who can see the transfer as a liberation in his squad planning after whistles from his own fans, massive criticism from experts and media swan song scenarios. And this deal is one that could eat the second question mark at the record champions? The transfer may clear the way for Robert Lewandowski, who has been torturing Munich for weeks with his reluctance to go on another season on Säbener Straße. That's not clear. The "Basta" of the bosses still stands in the way of a departure to FC Barcelona, ​​which is vehemently trying to scrape together the money for the Pole.

With a sum between 40 and 50 million euros, Munich could buckle and give their superstar the "go" for the march. That's what it's called in different media. As of now, the question mark remains a thickly greased topic on the extensive transfer agenda this summer. A Bayern offensive with Lewandowski and Mané, that would be fascinating. Something that allows new dreams of great success. The weak point of the record champions last season was not the offensive.

With the Senegalese, who as a boy defied his father's football ban and trained relentlessly, the Munich team landed one of the biggest coups in the club's history. But also an atypical one. Because the club has not committed a world star at the peak of his career for a long time, maybe even never. Either players who were very close to breaking through into the international class, such as Jérôme Boateng, Serge Gnabry, Joshua Kimmich and Leon Goretzka, for example, came. Or top footballers who had a career dip were signed. The most prominent because the best: Arjen Robben. Leroy Sané, on the other hand, somehow falls into both categories.

Mané's signing is a statement. FC Bayern continues to be attractive to outstanding footballers in Europe. It is also a statement against the club's fear of being left behind internationally. In other words: no longer belonging to those clubs that can win the Champions League. Mané knows how it works. Even if he only triumphed once in three finals with Liverpool, in the summer of 2019. But playing three times for the handle pot is impressive enough. Just like his time with the Reds by Jürgen Klopp. With 269 games, 120 goals and 48 assists, he is now saying goodbye to Anfield. But why actually? Question mark (I) on this transfer.

It's a poorly kept secret in football at best that successful teams need an update every few years, a change. Mané, Mohamed Salah and Roberto Firmino have been storming (together) through the English Premier League and Europe for five years. With success. But at some point the great wear and tear effect sets in. In the team. At the player. His contract would have expired next summer. A renewed and long-term extension of the then 31-year-old is rather unlikely. So the win-win-win situation remains this summer. Transfer fee for Liverpool FC. And a good deal for the player. And a departure as a legend. Klopp praised his attacker for the "form of his life" a few weeks ago. However, the departure does not tear a hole in his team, Liverpool FC has planned well in advance in recent years, with Diogo Jota, Luis Diaz and Darwin Nunéz, who has just signed, already has the “Next Gen” in the squad.

Mané is a man who knows where the goal is. However, he is not a classic centre-forward. He is actually at home on the left wing. In other words, where Champions League hero Kingsley Coman and Sané practice their craft in Munich. In 34 league games, Klopp used the Senegalese in his regular position 22 times and he was allowed to play 10 times in the middle. With success, he scored seven goals.

Question mark remains (II). How does FC Bayern actually plan with the 30-year-old, whom he would not have urgently needed due to his position? But he can also give the player in the front line, but interpreted differently than Lewandowski. Mané is a man for the fast, flat combination game. Even if his header game is not bad despite being 173 centimeters tall. It is possible that coach Julian Nagelsmann thinks so. Already in the second half of the season, Lewandowski was said to have been upset about a different positioning. In any case, he is regarded as a coach who does not like to act with a dominant center striker. Even at RB Leipzig, he had little or nothing to do with the Czech Patrik Schick, who has become one of the best strikers in the league at Bayer Leverkusen. And was also traded as a Lewandowski replacement in Munich.

With Mané, unless he actually plays mainly on the left wing, the formative game of the past few years will change. Fewer flanks, more speed, more depth. The immense athleticism, the tremendous speed and a high level of game intelligence (and his strong finish) characterize him. He also moves very cleverly in the spaces between opposing midfield and opposing defence. In other words, in those spaces that Thomas Müller also likes to occupy. But they should be tighter in Germany than in island football, which is much more physical and dynamic. Depending on the division, this can lead to coordination problems. A tricky task for Nagelsmann.

Question mark (III) remains. Mané is 30 years old and has been playing at the highest level for six years. Before that, four years at FC Southampton and FC Salzburg at a strong, ever-increasing level. Can that be topped? Can this be maintained at all? Klopp's power-pressing football in particular is physically very draining. Quite a risk for FC Bayern. The foundation of Mané's strength is his physique. At least three years, so the Munich plan, should still be able to deliver top performance. Bayern experienced how risky this game is with the aging class with Arjen Robben. He was a world star. Like Mane. But with the "3" in front often one part-time. The counterplay: Lewandowski of all people.

1 Vettel experiences a severe setback: Schumacher shines... 2 First medal at the swimming world championships: Märtens... 3 With Halle in top form after Wimbledon: Only the number... 4 "Pedal cars for Formula 1?": Conservative... 5 Transfer rumors are "nonsense": Hinteregger... 6 Fortnite star soon?: Özil is planning a new career... 7 "Car is now undrivable": Hamilton complains... 8 "Get a kick in the butt": "Paralyzed"... 9 There is also a dispute with the city: Hamburger SV... 10 "Planet Eater" from Balingen: Why the German... 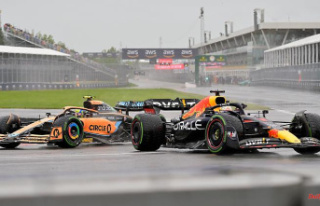