FC Bayern wins at the start in CL: After the clear announcement, Sané hits a dream

First a wonderful long pass, then many quick, short combinations - in the away game Inter Milan FC Bayern shows its offensive variability. 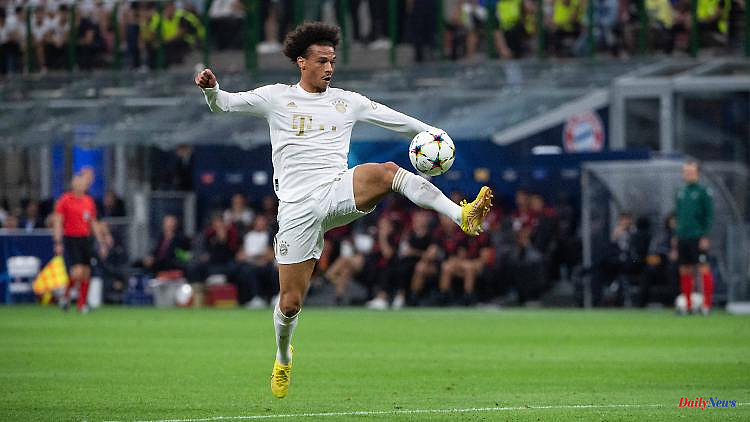 First a wonderful long pass, then many quick, short combinations - in the away game Inter Milan FC Bayern shows its offensive variability. At the start of the new Champions League season, the Munich team wins and consistently implements Oliver Kahn's demands.

Magic feet Leroy Sané gave the title hunters from Bayern Munich a perfect start to the Henkelpott mission. The national player, who has often been criticized, was the acclaimed match winner in the largely sovereign 2-0 (1-0) success of the German record champions in the Champions League at Inter Milan.

Six days before the explosive reunion with Robert Lewandowski and FC Barcelona, ​​Bayern had been dominant for a long time, but not yet in top form. After a cabinet play, Sané scored the lead (25') and, after a double one-two with Kingsley Coman, forced Inter captain Danilo D'Ambrosio's own goal to make it 2-0 (66'). When he was substituted (84th), Sané was hugged by coach Julian Nagelsmann and celebrated by Bayern fans. "I saw the room and knew that they were high and had gaps. Jo saw me great, that was a great ball from him," said Sané at DAZN about the lead.

148 days after the bone-chilling quarter-final defeat by outsiders FC Villarreal, Bayern Munich played a strong first half. After a period of weakness at the beginning of the second half, the second goal in the Giuseppe Meazza Stadium, where Oliver Kahn and Co. had won the premier class in 2001, was like a salvation. It was the visitors' 19th opening win in a row, and with 29 games without defeat in the group stage they are just one game away from another record. The opportunity comes after the fourth win in the fourth European Cup away game at Inter on Tuesday against Lewandowski's Barça.

CEO Kahn underpinned the title ambitions in the Champions League immediately before the game - and counted the star-studded offensive. Third place in the league "annoys me", he complained to DAZN, "we don't have good efficiency". That needs to get better as soon as possible. Nagelsmann, smart in a black shirt with a black tie, used a 4-2-3-1 system. Behind the largely unregistered leader Sadio Mané, Thomas Müller rotated back into the team as a tenth. Joshua Kimmich was already in the player tunnel and fired dangerously from the second row.

The Italian cup winner, who had to do without star striker Romelu Lukaku, acted cautiously and often fell into a five-bar with national player Robin Gosens. As was the case recently in the league, the dominant Bayern found it difficult to find space there. Kimmich's strong pass to Sané acted as a can opener. The attacker took the ball with him like a dream and completed it safely. As a result, goalkeeper Andre Onana kept Inter in the game.

Milan were initially much more active after the break, the Munich defense around Lucas Hernandez, who played for Dayot Upamecano, swam at times. Former Wolfsburg Edin Dzeko (50th) missed the chance to equalize. Nagelsmann had specifically warned of the "ripped off" attackers of the home side. But the second Munich goal was a heavy blow to the Nerazzurri's already shattered self-confidence. Mané (68th), who is supposed to make the difference in the premier class, could have increased to 3-0. 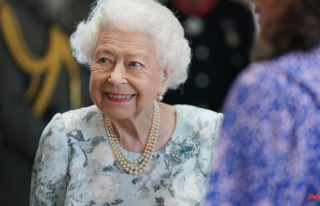